There are good ways to fund new infrastructure projects, and then there's sleazy cronyism. Which does Trump want? 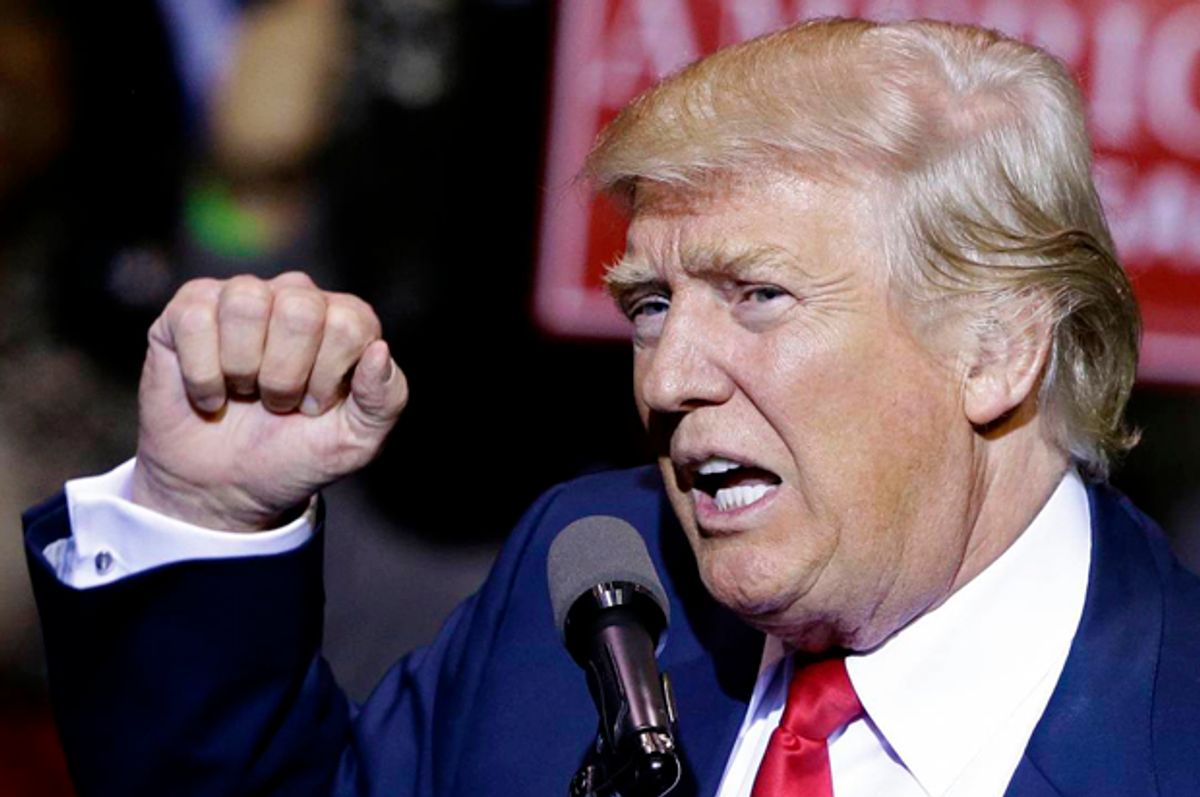 It is heartening to see Democratic leaders in Congress shifting to an oppositional posture with the incoming Donald Trump administration and its Republican enablers in the legislature.

Shortly after the election, Sen. Chuck Schumer of New York, who will lead the Democratic minority in the Senate, had been making noises about finding common ground with Trump. But he told The Washington Post’s Greg Sargent this week that Democrats will not have any part in formulating “half-baked” Obamacare replacements should Republicans go through with repealing the health reform law. “If they repeal without a replacement, they will own it,” Schumer said.

That’s a good start, but more tests will come when Trump tries to appeal for Democratic support on issues the party has historically supported. Resisting Trump on his infrastructure proposal, for example, may prove politically difficult. But it’s necessary, given that Trump’s plan is garbage.

During the campaign, Trump made a big deal of his plan to rebuild American infrastructure. His initial, vague proposal envisioned a debt-financed $550 billion minimum investment in infrastructure projects. In its vague, embryonic form Trump’s plan wasn’t the worst idea he had ever come up with, even if the mathematics of it conflicted horribly with the rest of his economic agenda. But he has since fleshed out the proposal a bit, and the details reveal it to be a plan to redirect public funds to the pockets of developers and investors.

The Economic Policy Institute put out a big paper on Thursday laying out the economic promise of a sensible public-investment strategy and explaining how Trump’s plan (at least as it has been laid out now) is basically a joke. As the institute notesd, there is a tested, proven, straightforward infrastructure policy for boosting employment and economic growth: Have the government fund infrastructure projects. “Governments — federal, state, and local — have been financing infrastructure for decades, and it works.”

The benefits of this straightforward approach are manifest. Governments will fund construction projects that, while necessary, may not provide sufficient profit incentive for private companies to take on. The short- and long-term economic return on these investments are generally quite high, both in terms of job creation and economic growth.

The alternative to direct public financing is public-private partnerships. These arrangements already exist and, as the institute noted, are of dubious value: “A larger private role in financing infrastructure provides no efficiency gains, but opens up many avenues for crony capitalism, corruption, and rampant inequality of public investments across communities.”

What Trump is proposing, however, is essentially just a subsidy for investors that will, by some unexplained magic, result in new and improved infrastructure springing up all across the land. “The Trump infrastructure plan is not just a simple [public-private partnership],” the Economic Policy Institute explained. “Instead, the details released so far indicate only that it is a plan to give tax credits to private financiers and developers, period. Specifically, Trump’s plan is to provide a tax credit equal to 82 percent of the equity amount that investors commit to financing infrastructure.”

Nonetheless, Democrats can expect Trump to raise a huge stink over infrastructure and cast them as hypocrites if they refuse to sign on to his proposal. As with the health care fight, however, the greater risk comes with agreeing to a terrible plan like this out of fear of short-term political blowback.