Another example of what happens when conspiracy theories get too real 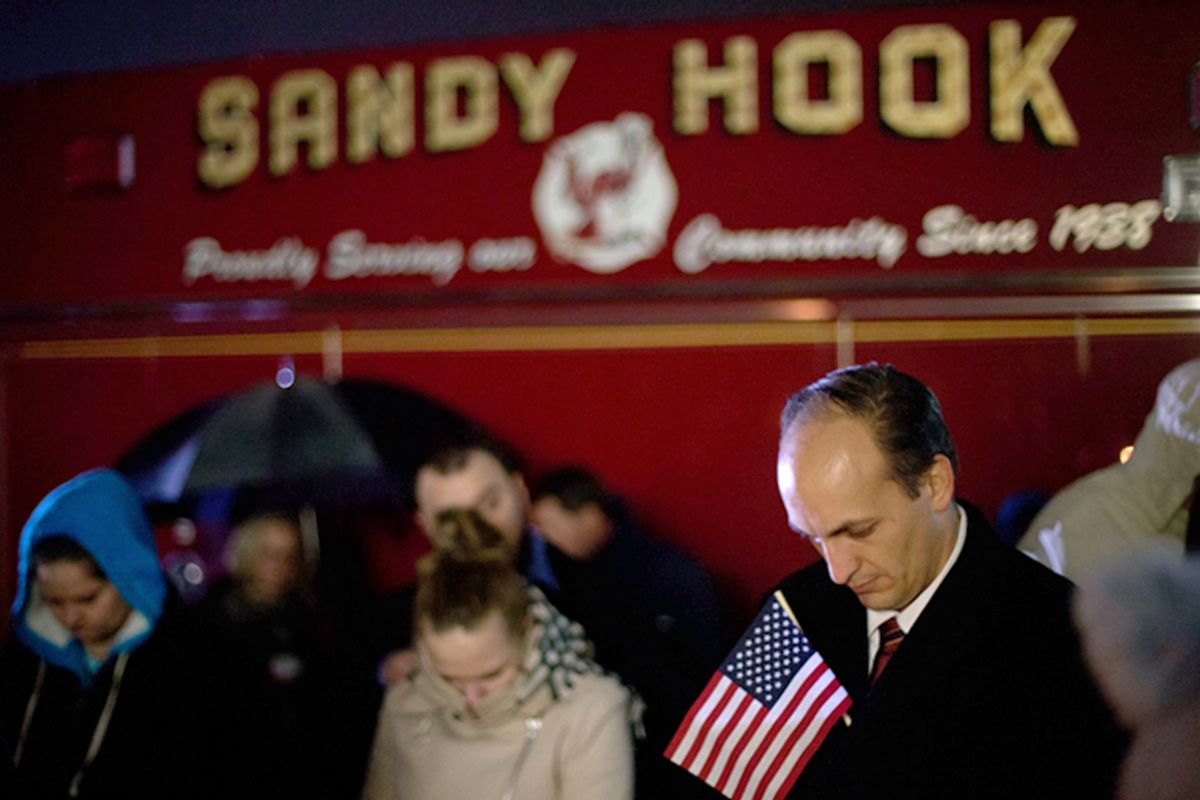 MIAMI  — A Florida woman has been charged with making death threats against the parent of a child who died in the Sandy Hook school shooting massacre because she thought the attack was a hoax, federal authorities announced Wednesday.

Lucy Richards, 57, of Tampa was arrested Monday after a grand jury indictment on four felony counts of transmitting threats, the U.S. Justice Department said in a statement.

The threats were made in January 2016 — according to authorities — and included messages that said, "you gonna die, death is coming to you real soon," and "LOOK BEHIND YOU IT IS DEATH." Court documents added that another threat said, "there's nothing you can do about it."

Justice Department spokeswoman Sarah Schall wouldn't say how the threats were delivered or provide more details, but the indictment indicates all four were sent on the same day. Schall also didn't provide further details of why federal authorities said the woman thought the attack was a hoax.

The indictment comes nearly four years after the Dec. 14, 2012, shootings in which a gunman with a rifle killed 20 first-graders and six educators at Sandy Hook Elementary School in Newtown, Connecticut. The man also killed himself and his mother.

Department of Justice documents didn't list an attorney for the woman.

Each felony charge of transmitting threats is punishable by up to five years in prison in event of a conviction.

In recent years, conspiracy theorists have posted videos on the internet claiming to show evidence that the Sandy Hook shootings were a hoax, arguing that the event was staged to erode support for Second Amendment rights to bear arms.