After correctly predicting the Rust Belt would decide the 2016 presidential election, Moore goes double or nothing 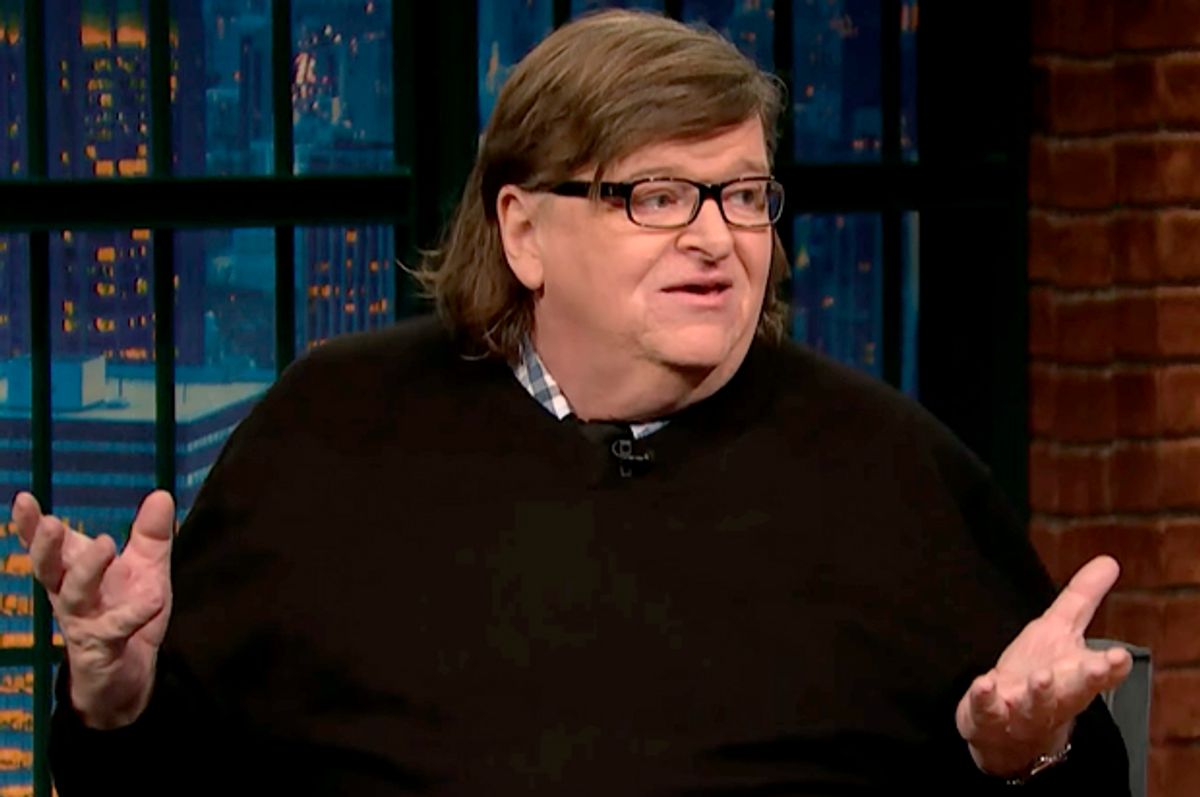 Documentary filmmaker Michael Moore, who accurately predicted that Donald Trump would end up winning the general election, has made yet another bold prediction —  on Wednesday on Seth Meyers' "Late Night."

"He's not president of the United States yet," Moore said, noting that the Electoral College has yet to vote. "He's not president till noon on January 20th of 2017. . . . That's more than six weeks away. Would you not agree, regardless of which side of the political fence you're on, this has been the craziest election year."

In August, Moore published on his website "5 Reasons Why Trump Will Win," in which he correctly pointed to four traditionally Democratic Rust Belt states that he thought Trump would flip in 2016.

"I believe Trump is going to focus much of his attention on the four blue states in the rustbelt of the upper Great Lakes — Michigan, Ohio, Pennsylvania and Wisconsin," he wrote. "Trump is going to hammer Clinton on . . .  her support of TPP and other trade policies that have royally screwed the people of these four states."

On Wednesday, Moore said he "never wanted to be more wrong" about his August prediction: "It didn't seem possible. She was ahead in the polls. She was winning the debates. It was a great convention, and he's crazy."

He joked, "Ever since then, people have been asking me for my help with their lotto numbers."

Meyers replied, "It's like you hit the lotto but instead of winning $6 million, you got kicked in the nuts."