Breaking: The Greatest Living American Writer: Beware the autocrat: Believe everything Trump says. Unless you agree with it. Then he is lying. Resist now!

Everything Trump says should be believed, everything. Unless you agree with it. Then he is lying. Resist now! 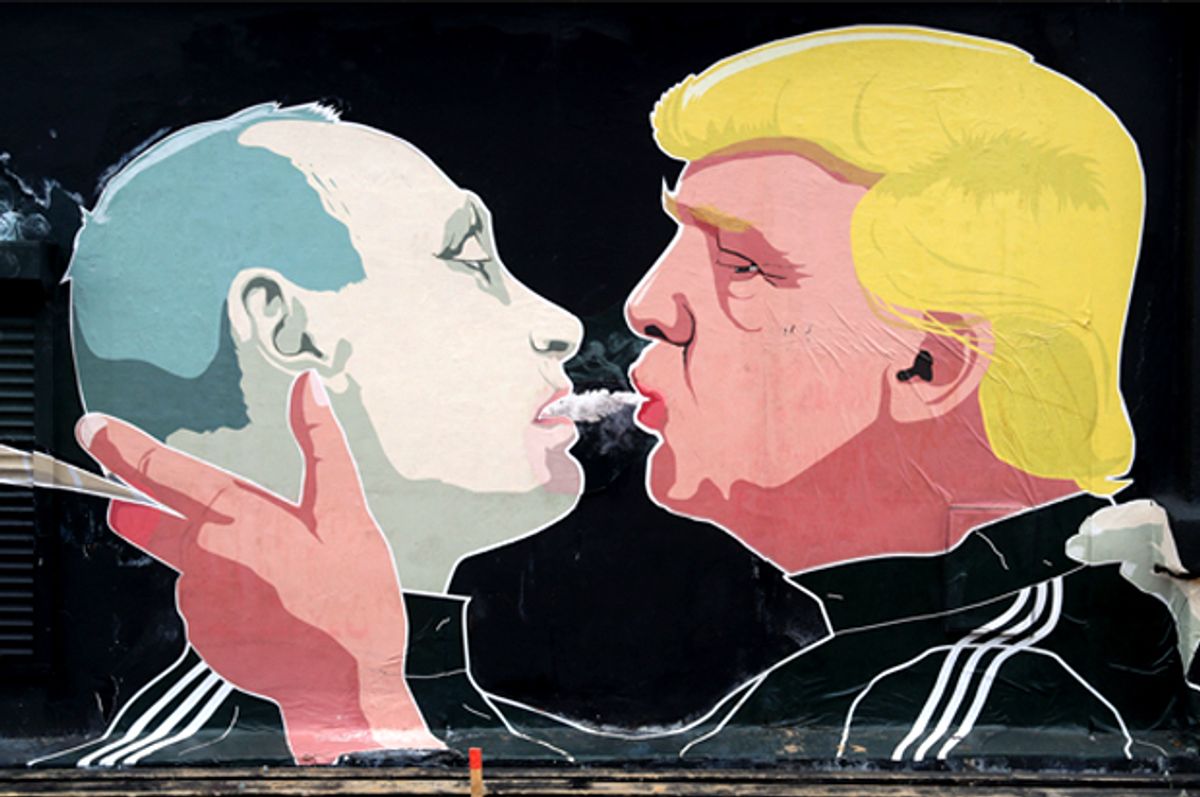 In the weeks since the American election dumped a great big load of fertilizer over the hopes and dreams of a generation, I, the Greatest American Living Writer, have rapidly emerged as one of the smartest and most incisive critics of the Trump Ascendancy.

My article “Rules for Resistance: Resisting the Ruler,” written mere hours after CNN declared Trump the winner, has been shared countless times online and reprinted in a special leather-bound edition by the London Review of Books, which called it “the sine qua non of nonconformity in a conformist age.”

Already, I’ve given five public speeches and personally stopped four professors from going on near-suicidal alcohol binges. I’ve slayed trolls on Twitter and called Jill Stein, the Kremlin’s most useful marionette, a “silly old twit” on C-SPAN. My words and my deeds will serve as a model of informed dissent for years to come. You would be wise to follow them — and me.

Worst of all, I once worked for Martin Peretz at the New Republic, an experience so harrowing that I barely survived with my sanity. So I understand the autocratic impulse all too well. That impulse has now emerged in a uniquely impulsive American way, one for which the people have been poorly prepared during what I like to call “the eight-year Obama nap.”

Fortunately, I’m here and will never waver. Now I present to you my “Revised Rules for Resistance: Trump Edition.” Feel free to reprint, repost, re-teach, and otherwise lionize. I am available to speak on your campus.

Believe what he says.

When I was working for Putin, one time Putin came into the office and said, “I am going to seize the Crimea.”

Then another time he said, “I am going to ride a horse without my shirt on,” which we totally thought was ridiculous. What fools we were. I’ve learned that when a man has unlimited power, he will do whatever he wants and that whatever he says he will do. So when Donald Trump says, “We will build a wall and make Mexico pay for it,” believe him.

When he says, “I will put you in jail for a year if you burn the American flag,” believe him.

The only exception to this rule is if he says something that you agree with like “I condemn neo-Nazis.”

If you agree with the autocrat, he is obviously lying and you have been brainwashed.

Nothing will ever be the same again.

Do not be duped. You might be still eating dinner with your family and buying electronics online. There may still be new episodes of “The Voice” on NBC. But people ate dinner in Hitler’s Germany almost every day. There was television in Stalin’s Russia, at least toward the end.

As the Polish philosopher Issac Bublé told me upon his deathbed, “The Communists poisoned me when I thought I was just going out for a nice cup of tea. Only your words have the power to topple their regime. Resist, resist, resist.”

Before he died, I autographed a collection of essays for him.

Reality, as you know it, does not exist.

You may think that there is still a national legislature and a series of state legislatures. Well, you are a sucker. Those are all dummy organizations without real power. The courts ceased functioning years ago. There is no police. The media is literally comprised of the dumbest people in society. All restaurants are a front for organized crime. When you take the red pill, you will wake up in a true nightmare. Only believe my words, always.

Express that outrage constantly on your Facebook page by quoting Russian philosophers and by saying things like “I am outraged. Why are you not more outraged?”

Feel the outrage flow through you like off-the-grid electric power. Worry constantly that the authorities will soon come to take you away to the dissenting camps because they are watching everything you say in small literary magazines that no one reads. Constantly compare the current situation to Weimar Germany in every conversation. Spray-paint warnings on the sides of buildings before it’s too late. Remain outraged all night long and never sleep, for sleep indicates weakness and failure. You must be constantly vigilant. Do not eat much either because soon the food will all be gone.

Fight everyone, about everything.

At any moment, if anyone disagrees with you, it is because they support the autocrat. Dissenters will not be tolerated and we must crush anyone who thinks differently than we do. Only by adopting the autocrat’s methods will we be able to defeat him. We must enforce the will of the people. And buy my book “A Resisters’ Guide to the Resistance.” Resist. Resist. Resist. It is $12.99 in paperback.