Robert Reich: Inside Donald Trump's art of the autocrat

Trump's using an arbitrary and capricious use of personal power 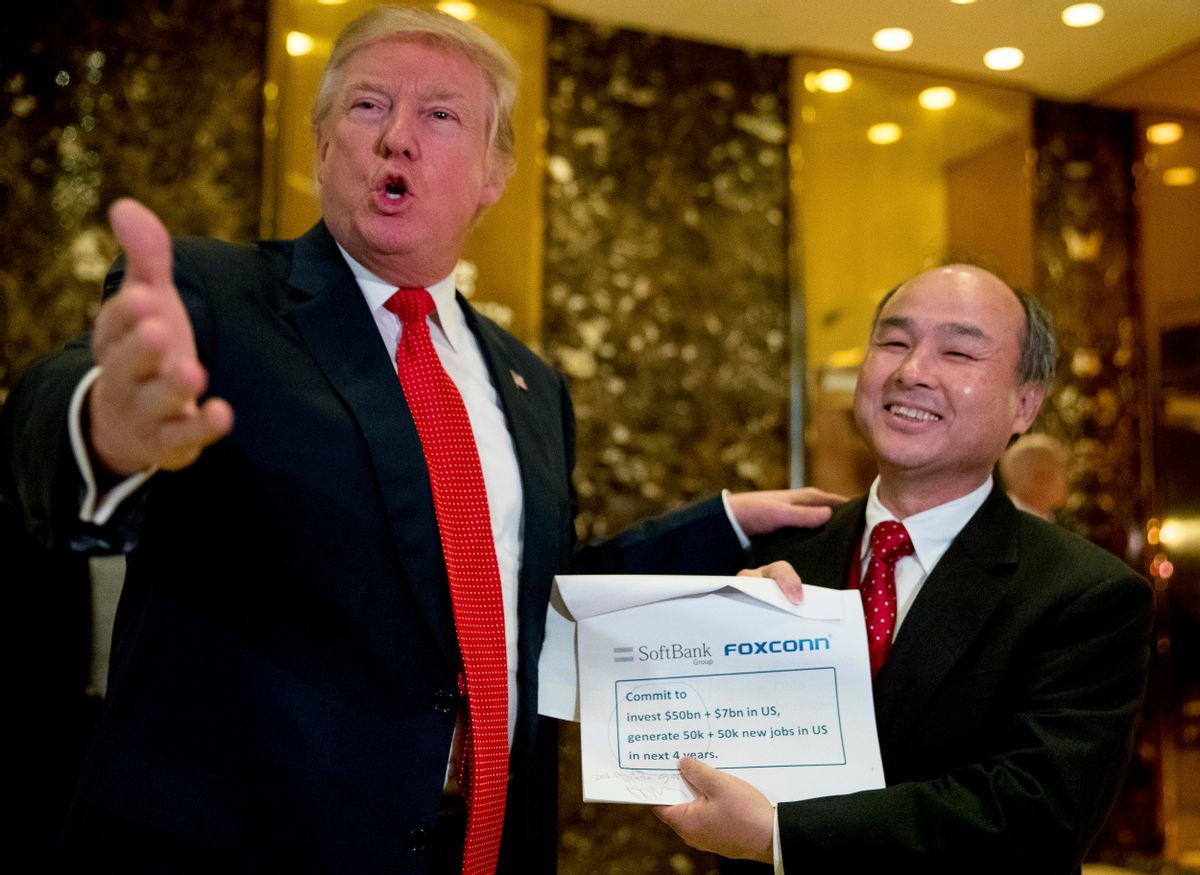 Last week, Trump made a deal with Carrier (and its parent, United Technologies) to keep 800 jobs in Indiana rather than sending them to Mexico. Indiana agreed to give Carrier $7 million in tax breaks, and Trump assured United Technologies that its $6 billion a year in military contracts would be secure.

Then Tuesday morning Trump attacked aerospace giant Boeing – tweeting: “Boeing is building a brand new 747 Air Force One for future presidents, but costs are out of control, more than $4 billion. Cancel order!” Later he added “We want Boeing to make a lot of money but not that much money.”

Boeing shares immediately took a hit (but recovered by early afternoon as the company began to explain itself).

After which Trump turned Mr. nice guy. “Masa (SoftBank) of Japan has agreed to invest $50 billion in the U.S. toward businesses and 50,000 new jobs,” he tweeted shortly after Masayoshi Son, CEO of the company, arrived at Trump Tower in New York. “Masa said he would never do this had we (Trump) not won the election!,” Trump added.

I wonder what Trump promised Masa.

The art of the Trump deal is to use sticks (public criticism) and carrots (public commendation plus government sweeteners) to get big corporations to do what Trump wants them to do.

This isn’t public policy making. It’s not about changing market incentives. It has nothing to do with lawmaking. It’s a drop in the bucket in terms of jobs.

Don’t be fooled into thinking Trump is being guided by anything other than his own random, autocratic whims. He could have attacked or lauded any one of thousands of big companies that are creating American jobs, or creating jobs abroad, or charging the government too much for their products.

This is the work of a despot who wants corporate America (and everyone else) to kiss his derriere.