"Blue collar billionaire" Donald Trump's big requirement for his Cabinet: "I want people that made a fortune!" 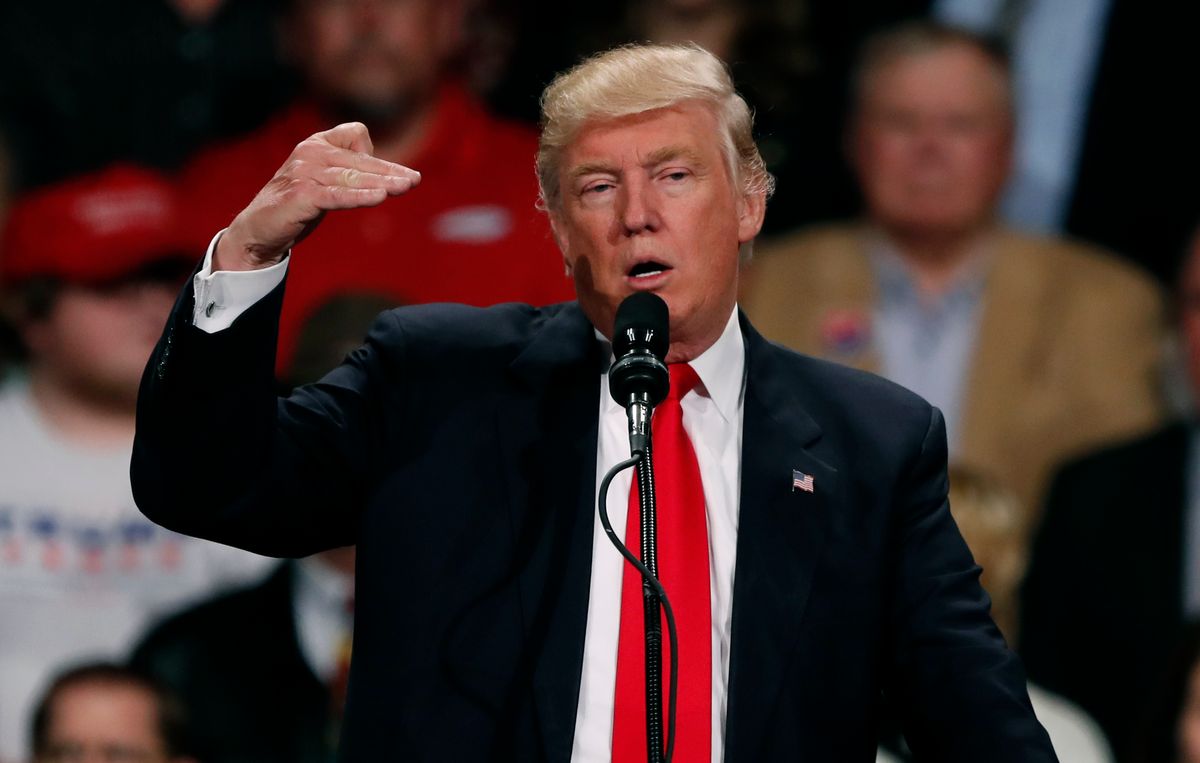 In this Dec. 8, 2016, photo, President-elect Donald Trump speaks to supporters during a rally in Des Moines, Iowa. The nation’s business community has begun to pressure the Donald Trump to abandon campaign-trail pledges of mass deportation and other hardline immigration policies that some large employers fear would hurt the economy.(AP Photo/Charlie Neibergall) (AP)
--

President-elect Donald Trump has been facing intense criticism for staffing his cabinet with the super-rich — including individuals like former Goldman Sachs executive Steven Mnuchin as treasury secretary and fast food CEO Andy Puzder as labor secretary — but at a rally in Des Moines, Iowa, on Thursday, he claimed that government being controlled by rich people is actually a good thing.

“I want people that made a fortune!” Trump proclaimed to his cheering audience, as Politico reported on Thursday. By surrounding himself with the super-rich, Trump insisted that he was“putting together one of the great cabinets that has ever been assembled in the history of our nation.”

Trump later added that "some of the people I’ve put on to negotiate . . . are some of the most successful people in the world.” His argument appeared to be that their wealth indicated their talent at making deals, and "now they’re negotiating with you, ok?”

The president-elect even characterized their service in his administration as altruistic.

“These people are giving up fortunes of income in order to make $1 a year," he argued. "And they’re so proud to do it.”

These include Todd Ricketts as deputy secretary of commerce, who is valued at $5.3 billion, inherited his wealth from a father who founded Ameritrade, and co-owns the Chicago Cubs. His pick for the Department of Education, Betsy DeVos, is valued at $5.1 billion and is the daughter-in-law of the co-founder of Amway. Commerce pick Wilbur Ross is valued at $2.9 billion and is known as the "king of bankruptcy" for restructuring failed steel, coal, and telecommunications companies with leveraged buyouts. And Linda McMahon, who is valued at $1.16 billion after leading World Wrestling Entertainment with her husband, Vince McMahon, is slated to be in charge of small business administration.