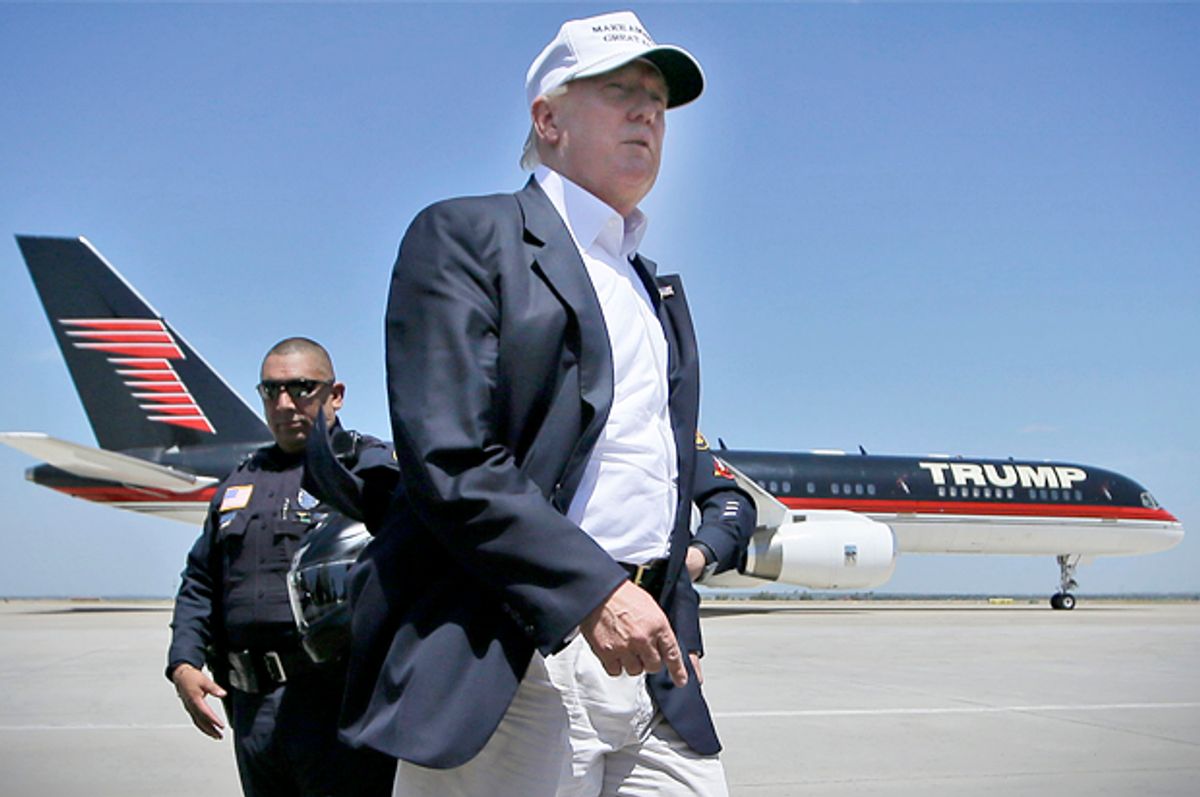 More than a month after the election, final financial disclosure forms provide revealing insights into the spending behavior of President-elect's Donald Trump's winning campaign as it kicked into high gear.

Although Trump was ultimately outspent by rival Hillary Clinton by a two-to-one margin, it turns out he didn't need $100 million of his money to win the White House in the end.

Reviewing the Trump campaign's last Federal Election Committee filing of 2016, from Oct. 20 through Nov. 28., NBC News reported Friday that the businessman used his political enterprise to spend millions on about 15 entities owned by Trump or his children.

During the home stretch and the three weeks after Nov. 8, the campaign committee spent $2 million on his airline TAG Air to pay for the 737 he used to campaign across thecountry, and nearly $54,000 at various Trump restaurants. Other payments included more than $236,000 to his hotel in Las Vegas, where he stayed for two nights during the third presidential debate at the University of Nevada Las Vegas.

The Trump campaign reported more than $450,000 in rent payments to Trump Tower, as well.

Some $1.8 million of Mr. Trump’s payments to his companies came in the weeks after the Nov. 8 election. The campaign paid $4,275 to the Trump International Golf Club in Bedminster County, N.J., for “lodging” on Nov. 22 — the weekend Trump interviewed potential cabinet nominees.

Nearly 74 percent of the money Trump's campaign raised in the election’s homestretch and immediate aftermath came from small donors, according to USA Today, although Trump contributed another $10 million to his presidential campaign in the closing days of the election. In total, Trump donated $66.1 million to his own campaign.

On Dec. 15, the President-elect is set to address his potential conflicts of interest in his first post-election press conference. He has already suggested he will hand control of his companies to his three eldest children, although that isn't likely to clear up causes of concern.

Trump's son, Eric, was paid by the campaign $21,164 through his wine company, FEC filings showed.

Former wrestling executive Linda McMahon, who Trump named this week as head of the Small Business Administration, gave $1 million to a pro-Trump super PAC and was the Trump Foundation's largest donor.

The campaign of former rival Ben Carson, who Trump picked to run the Housing and Urban Development Department, transferred $100,000 in leftover funds from his presidential campaign to a pro-Trump super PAC on Nov. 4.

Trump has now tapped six big donors and fundraisers to his campaign for prominent positions in his administration.

"Together with their families, Trump's nominees gave $11.6 million to support his presidential bid, his allied super PACs and the Republican National Committee," the Washington Post reported Friday.

“I want people that made a fortune,” Trump told supporters during a stop on his victory rally in Des Moines Thursday night. “Because now they are negotiating with you, okay?”