Harry Reid: James Comey should have "kept his mouth shut"

"We probably would have elected Hillary," the outgoing Senate minority leader said 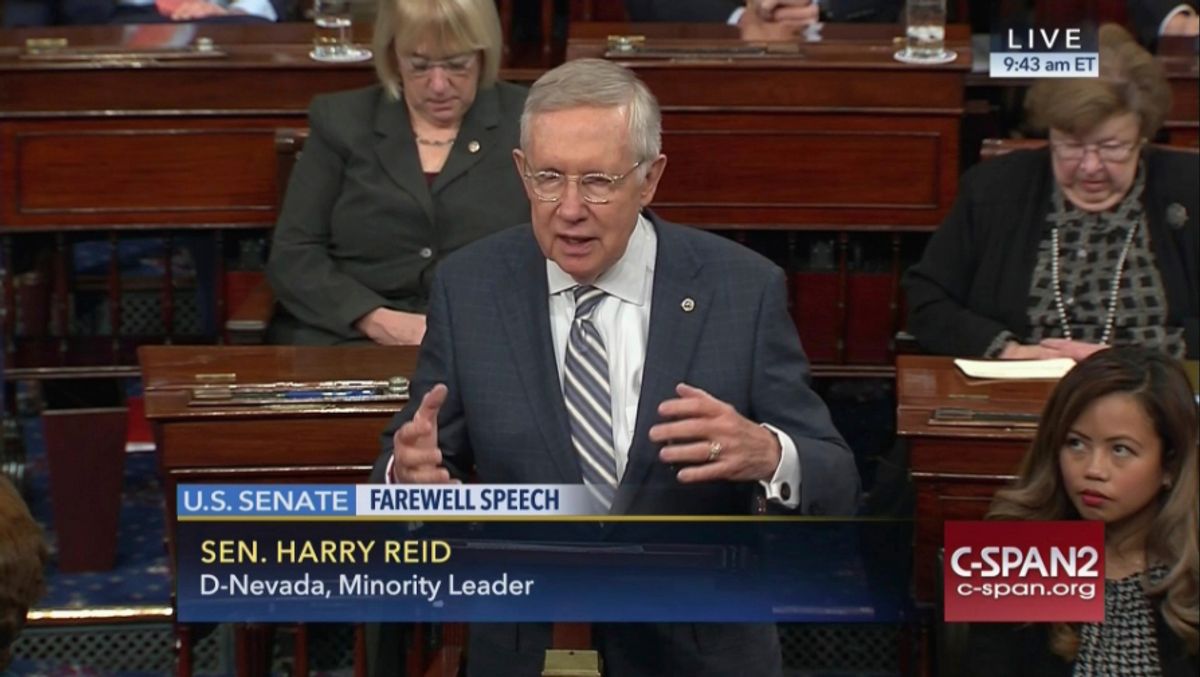 Outgoing Senate minority leader Harry Reid — who gave his departure speech on Thursday after 30 years in Congress — granted an interview to Politico in which he blamed FBI Director James Comey for Hillary Clinton's Electoral College loss.

"They have Trump, I understand that. But I don’t think the Democratic Party is in that big of trouble," the Nevada Democrat explained. "I mean, if Comey kept his mouth shut, we would have picked up a couple more Senate seats and we probably would have elected Hillary."

Less than two weeks before the election, Comey sent a letter to Congress vaguely announcing the discovery of emails related to a prior investigation into Hillary Clinton's use of a private email server while secretary of state.

To hear Reid tell it, the party’s electoral collapse wasn’t a result of poor messaging or even a bad candidate. It stemmed from looser campaign finance rules, FBI Director James Comey and the influence of a few powerful individuals — namely the Koch brothers, his long-running nemeses. The outgoing Senate minority leader is unapologetic on behalf of his party, and remains resolute that Democrats don’t need to chart a new political course after their 2016 debacle.

Reflecting on his tenure, Reid had some parting words for his Republican haters.

"He’s a loser," he said of Wyoming Sen. John Barrasso. "Here’s the deal with him. He came to the floor every day to berate Obamacare. He became the laughingstock of the Democratic Caucus. What good did he do? Nothing!"

Politico said Barrasso was at first "reluctant to respond" to Reid's statement, but eventually acquiesced: "He’s entitled to his opinion. And America has its own opinion."