"You can say again Merry Christmas because Donald Trump is now the president," Corey Lewandowski said on Fox 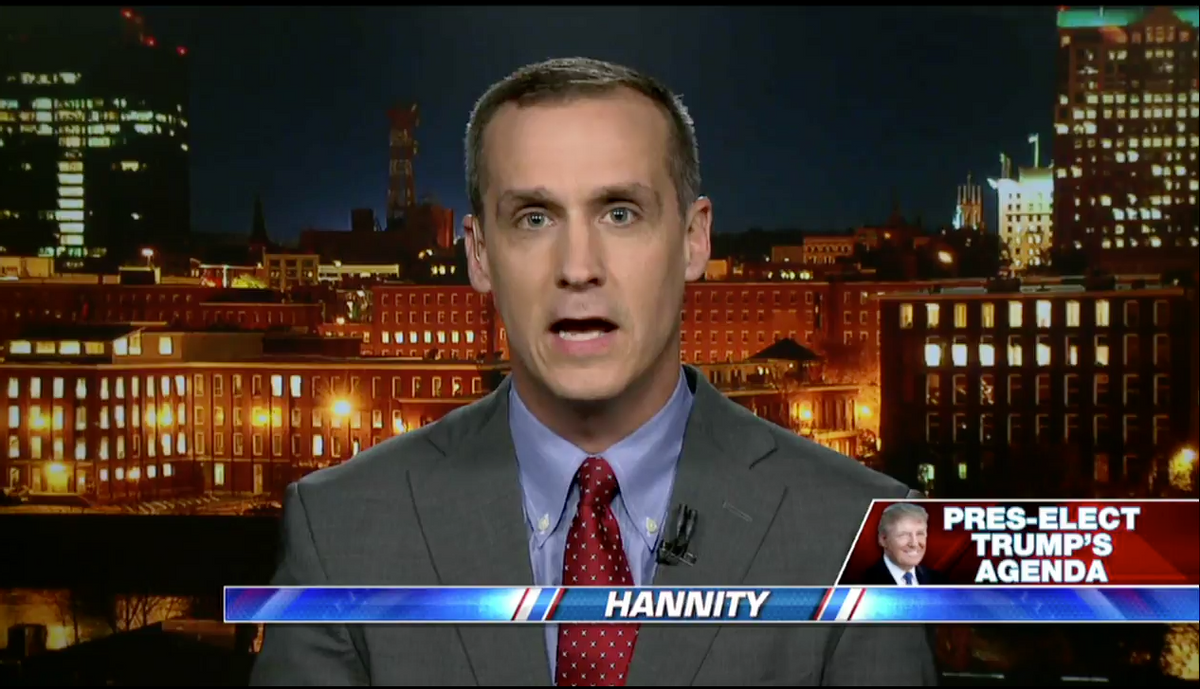 It's getting colder outside, which can only mean it's time for hot cocoa, snowmen, slice-and-bake cookies and curling up by the fire to watch Fox News rage against the "War on Christmas."

But this year, we'll finally hear Christmas carols instead of gunfire, and it's all thanks to Donald Trump.

On Tuesday, Corey Lewandowski, the former Trump campaign manager but avid Trump surrogate, went on Fox News' Hannity and proclaimed, "You can say again Merry Christmas because Donald Trump is now the president." Lewandowski was praising Trump for saving jobs in Indiana when he invoked the War on Christmas. "You can say it again. It's okay to say. It's not pejorative word anymore," he shouted into the camera.

.@CLewandowski_: "You can say again, 'Merry Christmas', because Donald Trump is now the president." #Hannity pic.twitter.com/XEyeCB9tfc

The "War on Christmas" is not new to the Fox News audience. It's the idea that politically correct liberals have waged a war on Christmas by bullying Americans into saying "Happy Holidays" rather than "Merry Christmas."

Last year, Starbucks started a controversy by not putting the phrase "Merry Christmas" on their holiday cups.

President-elect Trump weighed in on the simple red-and-green holiday cup at a campaign rally during 2015 holiday season saying, "If I become president, we're all going to be saying Merry Christmas again, that I can tell you. That I can tell you." Trump said that maybe his supporters should boycott Starbucks, making an appeal to christian and evangelical voters.

Fox News' Bill O'Reilly has been vocal about the  War on Christmas well before the Starbucks controversy. In 2012, O'Reilly stated on his program that Christmas cannot be linked to Christianity because Christianity is not a religion. "Christianity is a philosophy. You don't have to believe Jesus is God in order to admire his view on life," said the Fox News host.

"I'm a good Christian," Donald Trump said in October 2015, joining the war on Christmas bandwagon. "If I become president, we're gonna be saying Merry Christmas at every store . . . You can leave happy holidays at the corner."

One 2005 Gallup poll revealed that 41 percent of Americans preferred "Happy Holidays and 56 percent preferred "Merry Christmas," according to a Harvard Business Review article.