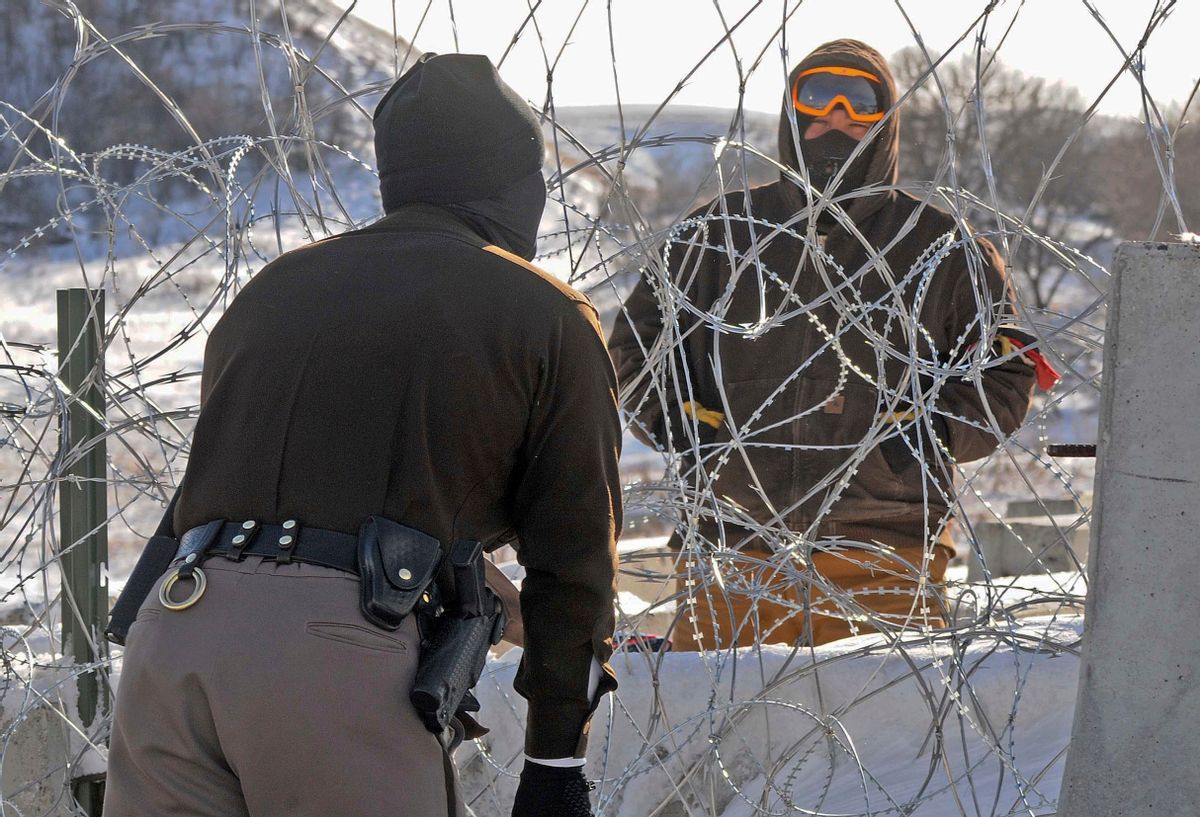 A law enforcement officer speaks to a protester against the Dakota Access Pipeline through a wall of razor wire on the Backwater Bridge over Cantapeta Creek on Thursday afternoon, Dec. 8, 2016. Protesters have been trespassing at the site and cutting wire in attempts to gain access to the pipeline work area in southern Morton County. (Tom Stromme/The Bismarck Tribune via AP) (AP)
--

BISMARCK, N.D. — Two Sioux tribes suing over the Dakota Access pipeline say they're willing to put their claims on hold while the Army considers whether to allow the pipeline to cross under a Missouri River reservoir in North Dakota.

The Army on Sunday declined to approve an easement for the crossing, citing a need for more study and consideration of alternative routes.

Dallas-based Energy Transfer Partners believes it already has the necessary permission and has asked a federal judge to concur.

The Standing Rock and Cheyenne River tribes are challenging pipeline permits at numerous water crossings. They say in court documents that they're willing to suspend the litigation during the study process. The tribes also intend to oppose ETP's request to the judge for permission to drill under the lake.