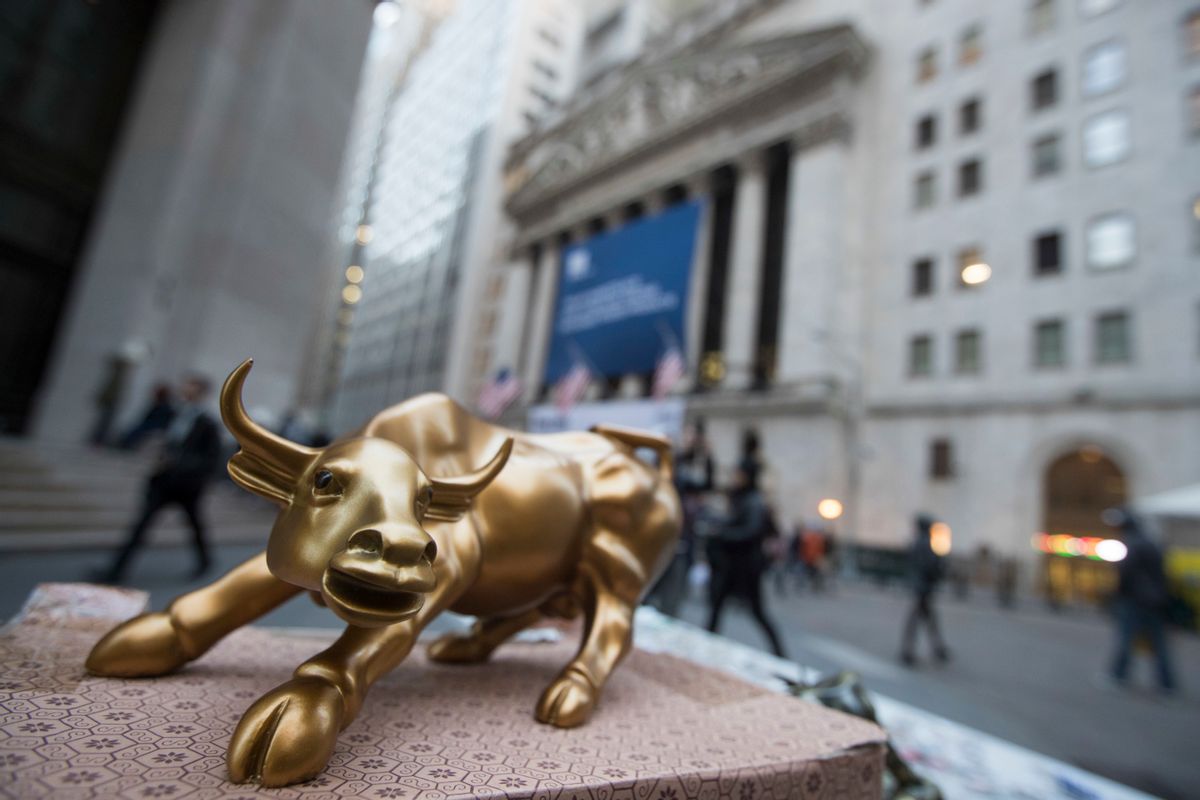 President-elect Donald Trump may have talked a big game about "draining the swamp," but it seems stocks are surging because banks don't believe a word of it.

Although the stock market has surged to record highs in the month since Trump's upset election, this has been almost entirely due to bank stocks, according to a report by CNBC on Friday. Despite being the lowest performer in the S&P 500 at the start of 2016, bank stocks have rallied more than 18 percent since Election Day, hitting their highest level since December 2007 Thursday. As a result, the S&P 500 has also climbed 5 percent since the election, also bringing it to all-time highs.

Trump has so far staffed his economic policy team with pro-Wall Street types, like former banker Wilbur Ross as commerce secretary and former Goldman Sachs executive Steven Mnuchin as Treasury secretary. Three days after Trump's election, CNBC wrote that "investors are betting that the [banking] industry will be perhaps the biggest beneficiary of a Trump administration, where regulations are bound to be eased and where billions or even trillions in new infrastructure spending will provide new opportunities."

That said, the financial world shouldn't celebrate Trump's election too early. While the rallying in bank stocks can most likely be traced to Trump's anticipated banking deregulations — and while this has had a spillover effect to other industries — experts like Janus Capital Group investor Bill Gross have pointed out that the long-term ramifications of Trump's economic plans could be much bleaker.

“There’s no doubt that many aspects of Trump’s agenda are good for stocks and bad for bonds near term — tax cuts, deregulation, fiscal stimulus, etc.,” Gross said in a widely followed monthly investment outlook that was covered by Fortune Magazine on Tuesday.