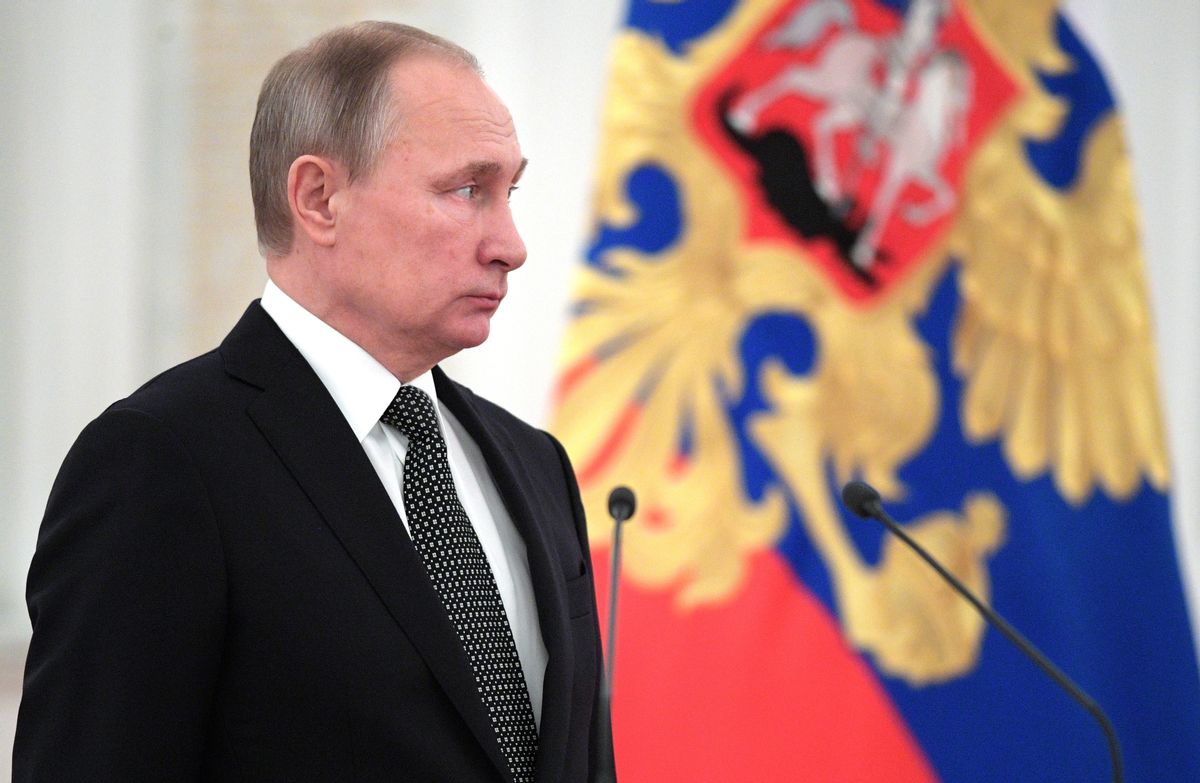 Russian president Vladimir pauese, prior to a meeting with newly appointed senior military staff in the Kremlin, in Moscow, Russia, Wednesday, Dec. 7, 2016. Putin on Wednesday paid respects to Russian medics and a colonel who died while on duty in Syria. (Alexei Druzhinin/Sputnik, Kremlin Pool Photo via AP) (AP)
--

The Washington Post today reported that the CIA now is sure of Russia's deliberate efforts to help elect Donald Trump as president of the United States. According to the story, "Agency briefers told the senators it was now 'quite clear' that electing Trump was Russia’s goal."

In a report by the Washington Post, officials are named who say they have information related to those connected to the Russian government — the same persons who provided Wikileaks emails that were hacked from the DNC and John Podesta.

“It is the assessment of the intelligence community that Russia’s goal here was to favor one candidate over the other, to help Trump get elected,” said a senior U.S. official briefed on an intelligence presentation made to U.S. senators. “That’s the consensus view.”

According to the Post, Russian interference in the election had been under serious discussion since before election day, but White House officials didn't couldn't on how and when to respond until mid-September, but then refused to do so without bipartisan support from Congress. During a secret September briefing, Republicans were divided on their support:

According to several officials, [Senator Mitch] McConnell raised doubts about the underlying intelligence and made clear to the administration that he would consider any effort by the White House to challenge the Russians publicly an act of partisan politics.

Some of the Republicans in the briefing also seemed opposed to the idea of going public with such explosive allegations in the final stages of an election, a move that they argued would only rattle public confidence and play into Moscow’s hands.

Trump's transition team dismissed the findings in a statement Friday, claiming, “These are the same people that said Saddam Hussein had weapons of mass destruction. The election ended a long time ago in one of the biggest Electoral College victories in history. It’s now time to move on and ‘Make America Great Again.’”