If you're a gangsta on the basketball court hiding your prep school pedigree, you might be playing a harmful cliché 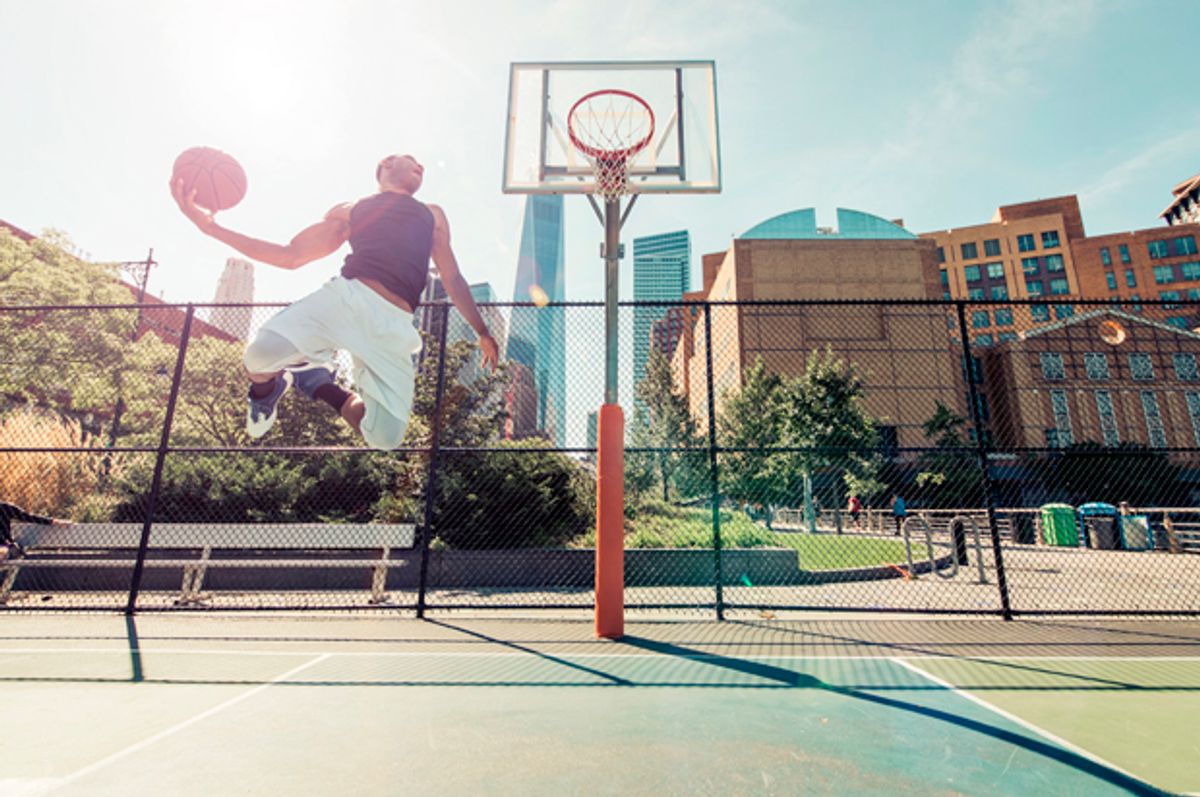 Kondwani Fidel listens to J. Cole and wears a nose ring. He works at bookshop near Johns Hopkins University, where he spends his free time writing poetry, packing audiences into his spoken-word gigs, reading James Baldwin and Toni Morrison and studying the writings of Ibram X. Kendi. He’s a college graduate and a mentor.

Kondwani is also from the 'hood — the real 'hood. That's DDH ("Down Da Hill" in East Baltimore), where they don’t read Baldwin and Morrison, can't pronounce Kendi, and don't write poetry or work at bookshops­ — or at least that is the narrative that’s normally provided. See, I've been in the 'hood my whole life. I've hung around Kondwani hundreds of times, and I never heard him scream “I from the 'hood!” Because people from the 'hood never do.

I wasn’t even aware that being from the 'hood was a thing that people bragged about until I had some experiences outside of my community. Don’t get me twisted; I love my neighborhood, where I come from and where I still am, as it is responsible for me being me. However, people are starting to take it too far.

“I am the fuckin' 'hood! Real talk, da 'hood!” I heard an angry guy yell on the basketball court at Johns Hopkins last week. “G-Dawg, bro! Ask about me!” He was thin, black and in his late 20s, standing about yay-high and completely wrapped in Under Armour.

“I hear you, Slim,” I said, making my way to the sideline and loosening my knee brace.

I don’t argue with Hopkins kids about basketball games for a number of reasons: I'm out of shape, I'm an old professor and they talk really tough, all the way up until you punch them­. Punch a Hopkins student and they hit back by calling the cops and pressing maximum charges. I guess I know this because I’m from the 'hood.

“I will beat they ass!” G-Dawg said, joining me on the sideline. We were playing on the same team, and he and I had just lost bad. G-Dawg made some questionable calls, but I rode with him because, well, that’s what good teammates do. He continued to ramble: more tough talk­­, enough tough talk to crack the hyper-masculinity Richter scale, so much that his gangsta-isms seeped through my headphones, which have noise reduction and were cranked to the highest level. I took them off to hear him out. He was funny to me.

A spindly grad student I’ve known for years walked in. He evidently knew G-Dawg well, and greeted him with a bear hug — one of those tight embraces where both parties rock back and forth.

“Hey, Gregory!” the student said, letting go of G-Dawg. “How are you, how are your parents?” he continued, patting G-Dawg on the shoulder.

“Everybody is swell. God, it feels like ages, bro. I think about camp all of the time,” replied G-Dawg — or Gregory, I guess.

Gregory went on to talk about his research, and then made some references to a guy named Dave Matthews and a bunch of stuff I never heard of. I swear, this was the best display of code-switching I ever saw in my life. He was the Michael Jordan of code-switching.

(For those who don’t know, code-switching is when black people abandon the vernacular, ditch any trace of colloquial sound, harden the r’s in words that end in r, and say “actually" before every comment in an effort to be understood by white people. G-Dawg and Gregory sounded like two different people.)

The grad student greeted me next. Gregory, or G-Dawg, jumped on with a team I didn’t want to play with and I stretched in preparation for the next game.

“We gonna win for sure, Watkins,” the grad student said. He asked me about work and I asked him about G-Dawg. They had attended private school together from grades 6 through 12. G-Dawg grew up in a two-parent household in Montgomery, one of the most affluent counties in the country.

So where does this gangsta act come from? Do societal factors push black men into these hyper-masculine behaviors? Don’t cry, be extra tough, cuss everyone out on the court, and always mask your pain, heartache and love — these traits are definitely reinforced in music and in the way we are portrayed in the media and on television. This causes two major issues.

The first deals with the street-dealing stereotype that gets applied to all men from the 'hood. Kondwani, the young man I mentioned earlier, is intelligent, comfortable in his own skin and couldn't care less about being recognized as a super thug because he’s not one. There are plenty of dudes from the 'hood who love manga, Pokémon and comic books, and can quote Dave Matthews (I googled him). Only people who are really from the 'hood know this.

The other issue comes from dudes like G-Dawg who are constantly forced to buy into that stereotype.

I don’t know his life. Maybe he spent his weekends in the projects or something, but the idea of him feeling like he has to proclaim that is a problem. It doesn't matter if you’re from the 'hood or the 'burbs — no one deserves to be disrespected, but acting like a gangsta who is exempt from disrespect only creates more fearful people, like cops who see guys from the 'hood as automatically dangerous, so they aim and fire after three-minute interactions, or judges who see stereotypes and not people, so they easily give us unfair sentences.

I’m not blaming street culture on systemic racism, as that existed before fake thugs did. But not everybody from the 'hood is a gangsta, so let’s change that false narrative and stop playing gangsta to get respect. It doesn’t work, especially when a real gangsta walks in the room.