BULLSH**TER OF THE DAY: Kellyanne Conway, for smoothing over Donald Trump's swipes at intelligence agencies 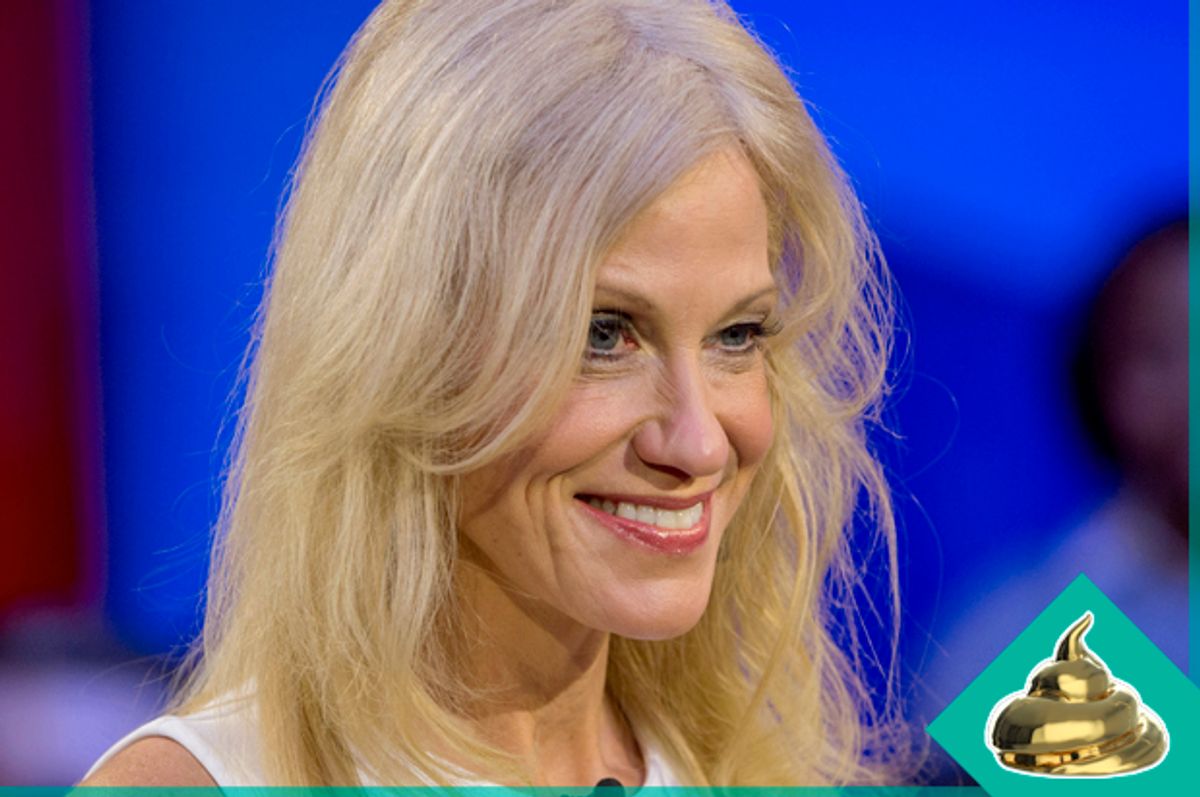 "He respects the intelligence community. He’s going to be president of the United States."

A report on Friday revealed that several American intelligence agencies claim Russia had intervened in the presidential election with the goal of helping Donald Trump win. As a defense, the president-elect's response to this alleged frontal attack to democracy from a foreign country is to delegitimize the very same agencies that are supposed to protect the country from such attacks. Yet, Conway went on ABC today to try and calm people down.

No, Ms. Conway, Trump does not respect the intelligence community. In fact, his twitter feed has been one undermining statement after another. And in an interview with Time magazine, he actually declared, "I don't believe it." But of course, this is the same person who says he doesn't need daily intelligence briefings, because, as he put it in an interview with Chris Wallace on Fox News, "you know, I am, like, a smart person."

Trump is going to be the president of the United States — about that, at least, Conway's right. But that is precisely the worrisome part.

More than a bullshitter, Conway is a bullshit sweeper. She dutifully goes on TV after every Trumpian drop to try and spin it and give some coherence to his claims — one of the most evil kinds of bullshit. How does she do it? By normalizing lies and casually dropping hints about conspiracy theories that resonate with viewers. For instance, Conway is responsible for drilling into people's minds how "unfair" and "unbalanced" coverage of Trump is, and for cleaning up the reputations of some of Trump's political appointees. Like Kaa in Jungle Book, if you listen to her soft voice for long enough, she'll hypnotize you — you might even start to think that Trump is a reasonable politician.

Bullshitter Of The Day Kellyanne Conway