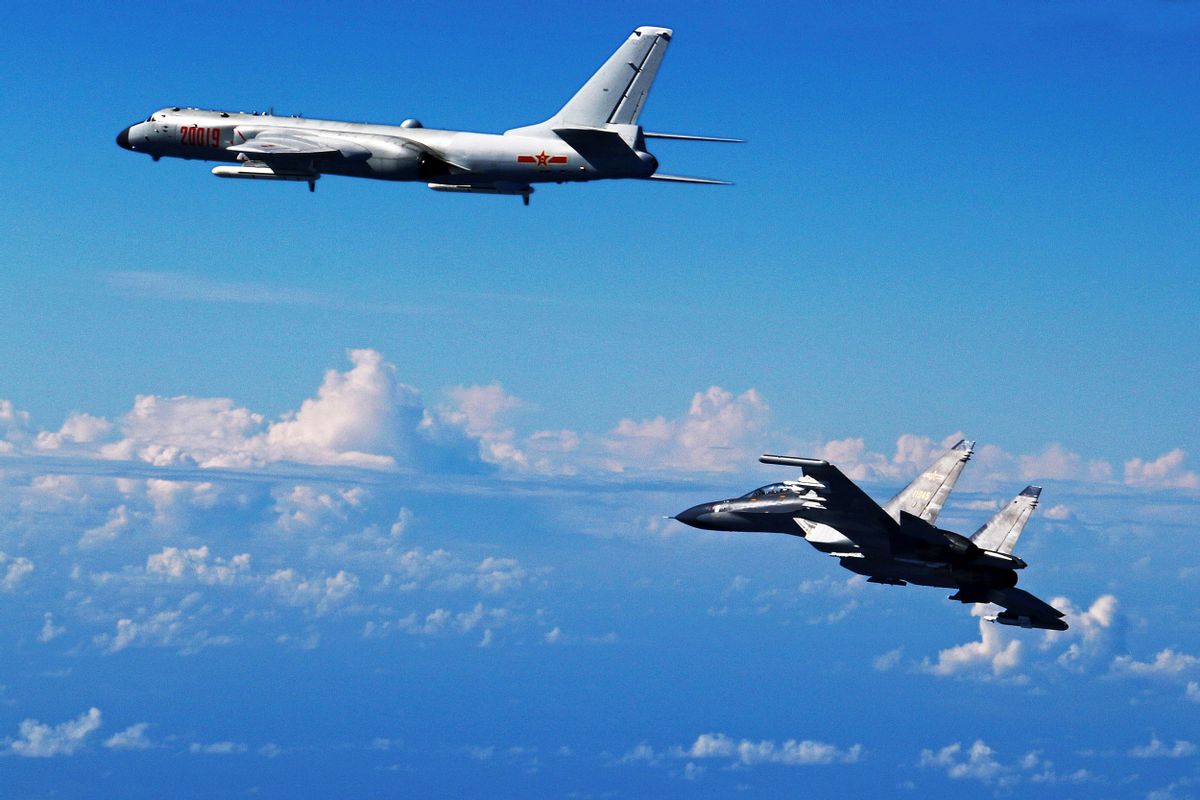 FILE - In this Sept. 25, 2016 file photo released by Xinhua News Agency, Chinese People's Liberation Army Air Force Su-30 fighter, right, flies along with a H-6K bomber as they take part in a drill near the East China Sea. China patrolled the waters of a series of hotly contested islands on Sunday, Dec. 11, 2016, a day after staging a flyover of two strategically important waterways near Taiwan and Japan. (AP)
--

President-elect Donald Trump hasn't even taken office yet, but it appears that his phone call to Taiwanese President Tsai Ing-wen earlier this month may have already been one of the most important foreign policy moves of his impending administration.

"We urge the new U.S. leader and government to fully understand the seriousness of the Taiwan issue, and to continue to stick to the one China policy," Geng told the AP.

The Chinese government's concerns were prompted by Trump's most recent comments on "Fox News Sunday" with Chris Wallace.

"I fully understand the 'one China' policy, but I don't know why we have to be bound by a 'one China' policy unless we make a deal with China having to do with other things, including trade," Trump told Wallace.

He also defended his acceptance of the Taiwanese phone call as a sign of his independence from China and refusal to show disrespect to Taiwan.

"I don't want China dictating to me and this was a call put in to me," Trump said. "It was a very nice call. Short. And why should some other nation be able to say I can't take a call? I think it actually would've been very disrespectful, to be honest with you, not taking it."

Trump's phone call was the first contact between an American president or president-elect and the Taiwanese head of state since President Jimmy Carter switched diplomatic recognition from Taiwan to China in 1979, as Newsweek reported on Sunday.