Donald Trump: "Nobody really knows" if climate change is real 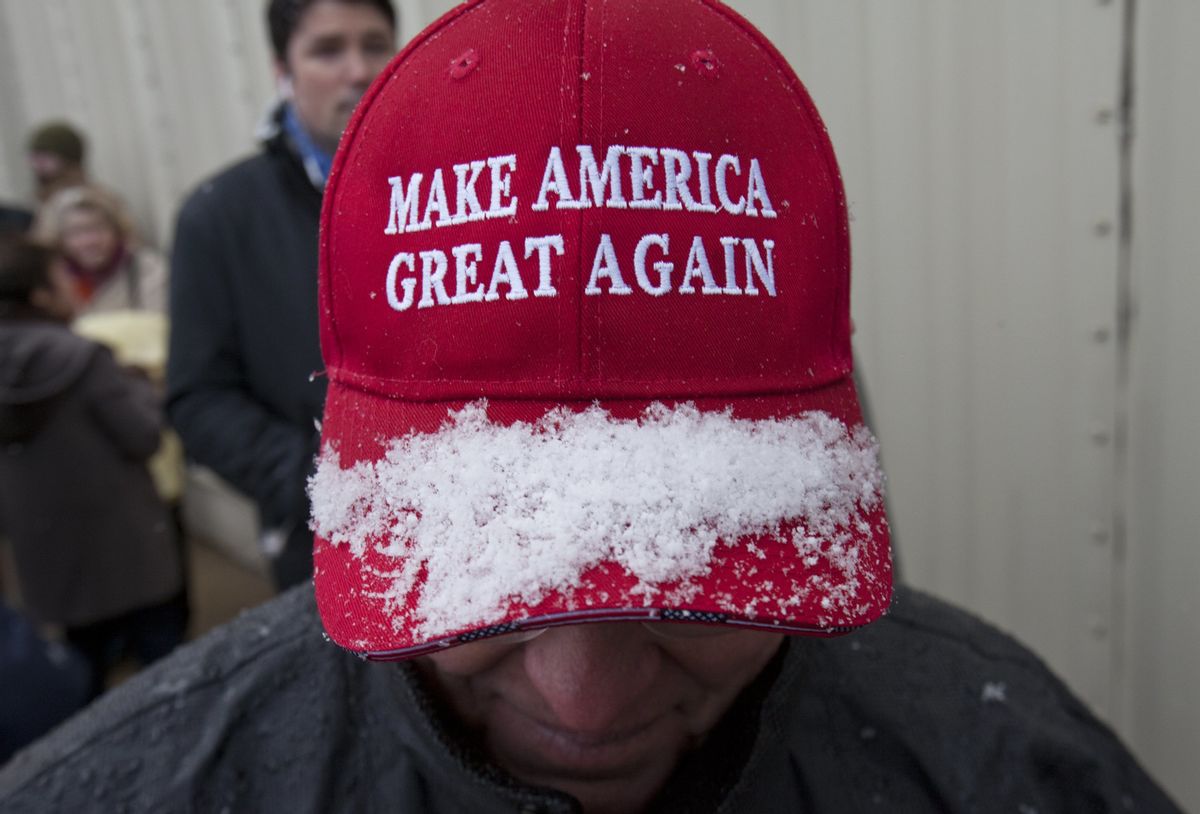 Somehow our president-elect is still on the fence about the existence of climate change. In an interview with Fox News on Sunday, Donald Trump — who years ago tweeted that global warming "was created by and for the Chinese in order to make U.S. manufacturing non-competitive" — said he's "studying" the concept because "nobody really knows" whether or not it's real.

"I’m still open-minded. Nobody really knows," he explained. "Look, I’m somebody that gets it, and nobody really knows. It’s not something that’s so hard and fast. I do know this: Other countries are eating our lunch."

By "nobody," Trump must be referring to his cabinet-in-waiting, which is chock-full of climate change deniers. Among them, EPA administrator and Oklahoma Attorney General Scott Pruitt, who criticized President Obama's Clean Power Plan in a May National Review essay.

"Healthy debate is the lifeblood of American democracy, and global warming has inspired one of the major policy debates of our time. That debate is far from settled," he wrote. "Scientists continue to disagree about the degree and extent of global warming and its connection to the actions of mankind. That debate should be encouraged — in classrooms, public forums, and the halls of Congress. It should not be silenced with threats of prosecution. Dissent is not a crime."

It shouldn't need to be mentioned that skeptics of the man-made nature of climate change are pitting their armchair environmental knowledge against almost every living, working climate scientist there is.

Per NASA (which may soon be headed by another climate denier, Texas Rep. Lamar Smith):

Multiple studies published in peer-reviewed scientific journals show that 97 percent or more of actively publishing climate scientists agree: Climate-warming trends over the past century are extremely likely due to human activities. In addition, most of the leading scientific organizations worldwide have issued public statements endorsing this position.