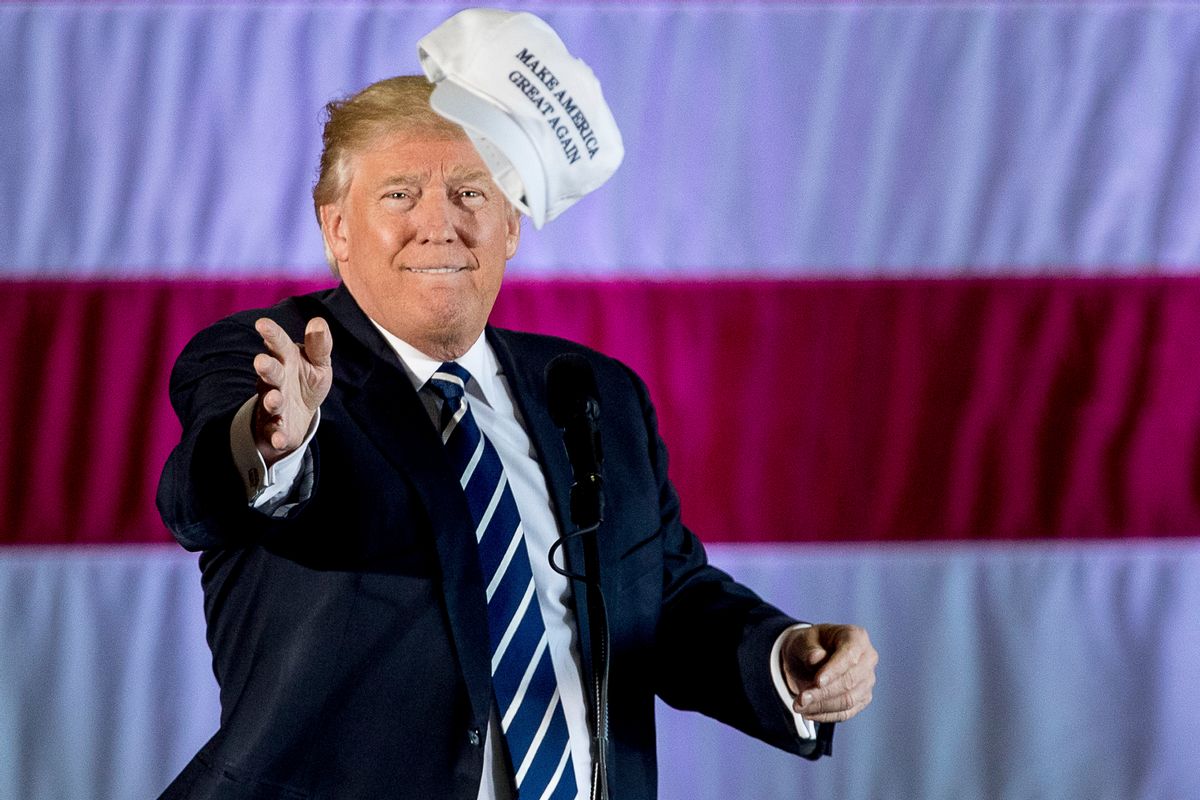 President-elect Donald Trump greeted morning visitors to his infamous Twitter stream with one of his ubiquitous tantrums on Monday morning. This time they concerned allegations of Russian hacking.

Can you imagine if the election results were the opposite and WE tried to play the Russia/CIA card. It would be called conspiracy theory!

Unless you catch "hackers" in the act, it is very hard to determine who was doing the hacking. Why wasn't this brought up before election?

Although Trump characterized the discussion of Russia's alleged hacking as a partisan move, Republican security experts including Arizona Sen. John McCain and South Carolina Sen. Lindsey Graham have both agreed with the White House and intelligence community's consensus that Russia was responsible for hacking the Democratic National Committee.

Similarly, although Trump claimed to now know why the issue hadn't been raised before Election Day, he was, in fact, directly asked about the hacking during his Oct. 19 presidential debate with Hillary Clinton.

“She has no idea whether it's Russia, China, or anybody else,” Trump said at the time. “Our country has no idea.”

In July when news of the hacking first broke, Trump openly encouraged Russia to continue spying on his opponent.

“I will tell you this, Russia: If you’re listening, I hope you’re able to find the 30,000 emails that are missing,” Trump said at a news conference then. “I think you will probably be rewarded mightily by our press.”

Ironically, Trump's denials about Russia's hacking of Democratic National Committee emails could be fixed if he attended his daily intelligence briefings, which, as he admitted to Fox News' Chris Wallace on Sunday, he does not always.

"You know, I'm, like, a smart person," Trump said. "I don't have to be told the same thing in the same words every single day for the next eight years. Could be eight years — but eight years. I don't need that. But I do say, 'If something should change, let us know.'"

In 2012, Trump tweeted a criticism of President Barack Obama based on a Washington Post story claiming he had skipped more than half of his daily intelligence briefings; the story was later proved false by The Washington Post's fact-checkers).

Priorities — while fundraising and campaigning on our dime, Obama has skipped over 50% of his intel briefings http://t.co/IhiIaKPa