Aaron Schock, the congressman who designed his office to look like "Downton Abbey," will be arraigned on corruption charges 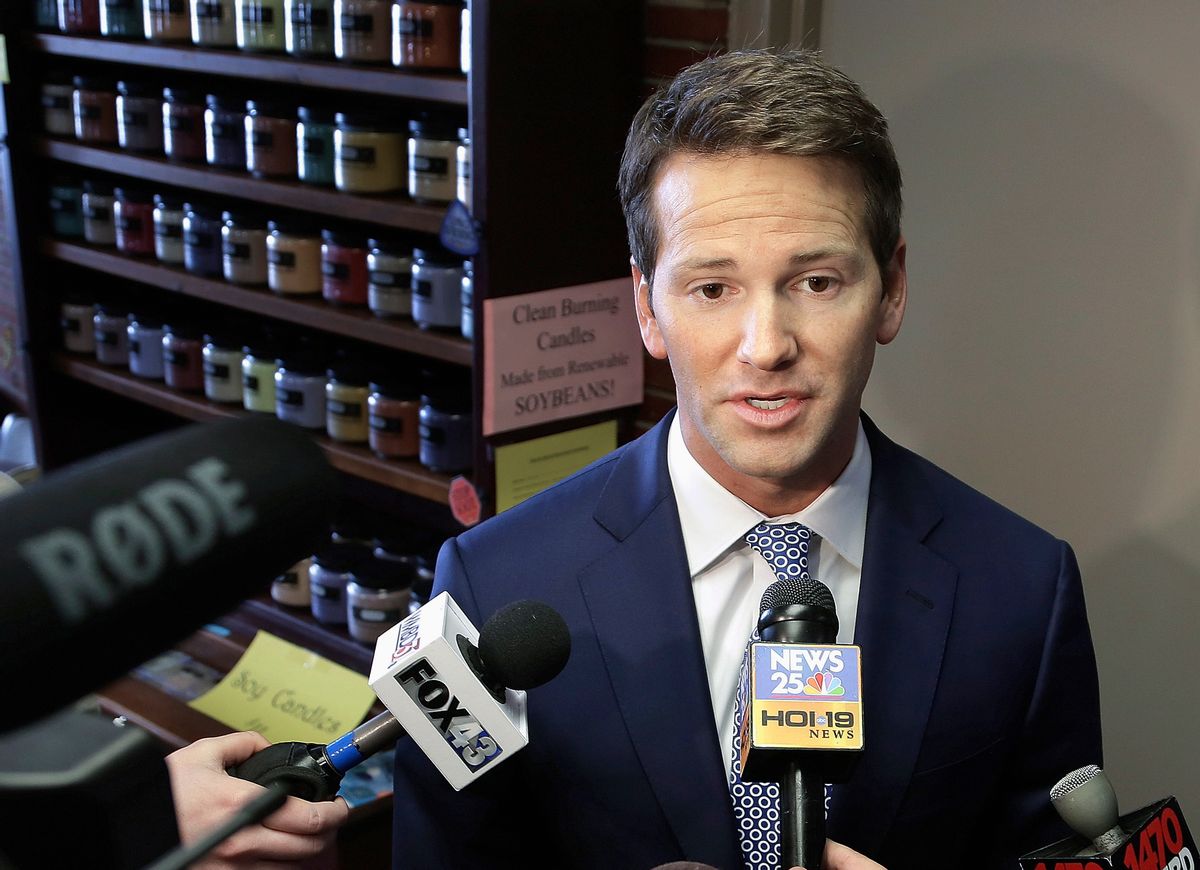 FILE - In this Feb. 6, 2015, file photo, former U.S. Rep. Aaron Schock, R-Ill. speaks to reporters in Peoria, Ill. A federal grand jury that heard evidence on possible spending violations by Schock has been disbanded after its term ended. But legal experts said Wednesday, July 20, 2016 that doesn't necessarily mean the investigation is closed. Another panel could still take up the case. (AP Photo/Seth Perlman, File) (AP)
--

The 35-year-old Republican is accused of using government and campaign money to subsidize a lavish lifestyle, as well as pocketing thousands of constituents' dollars. Prosecutors say he hosted Washington tours and meet-and-greets, charged a fee and kept some of the cash.

Proceedings will be in U.S. District Judge Sue Myerscough's courtroom in Springfield, Illinois. Schock is from Peoria and had asked for the case to be moved there. Prosecutors didn't want the case moved. The judge ruled that proceedings should remain in Springfield.

Schock was indicted on 24 counts last month. He resigned in March 2015 amid intensifying scrutiny over real estate deals, extensive travel and other spending.