John Bolton, who will likely be in Trump's state department, doesn't believe the Russia hacking happened 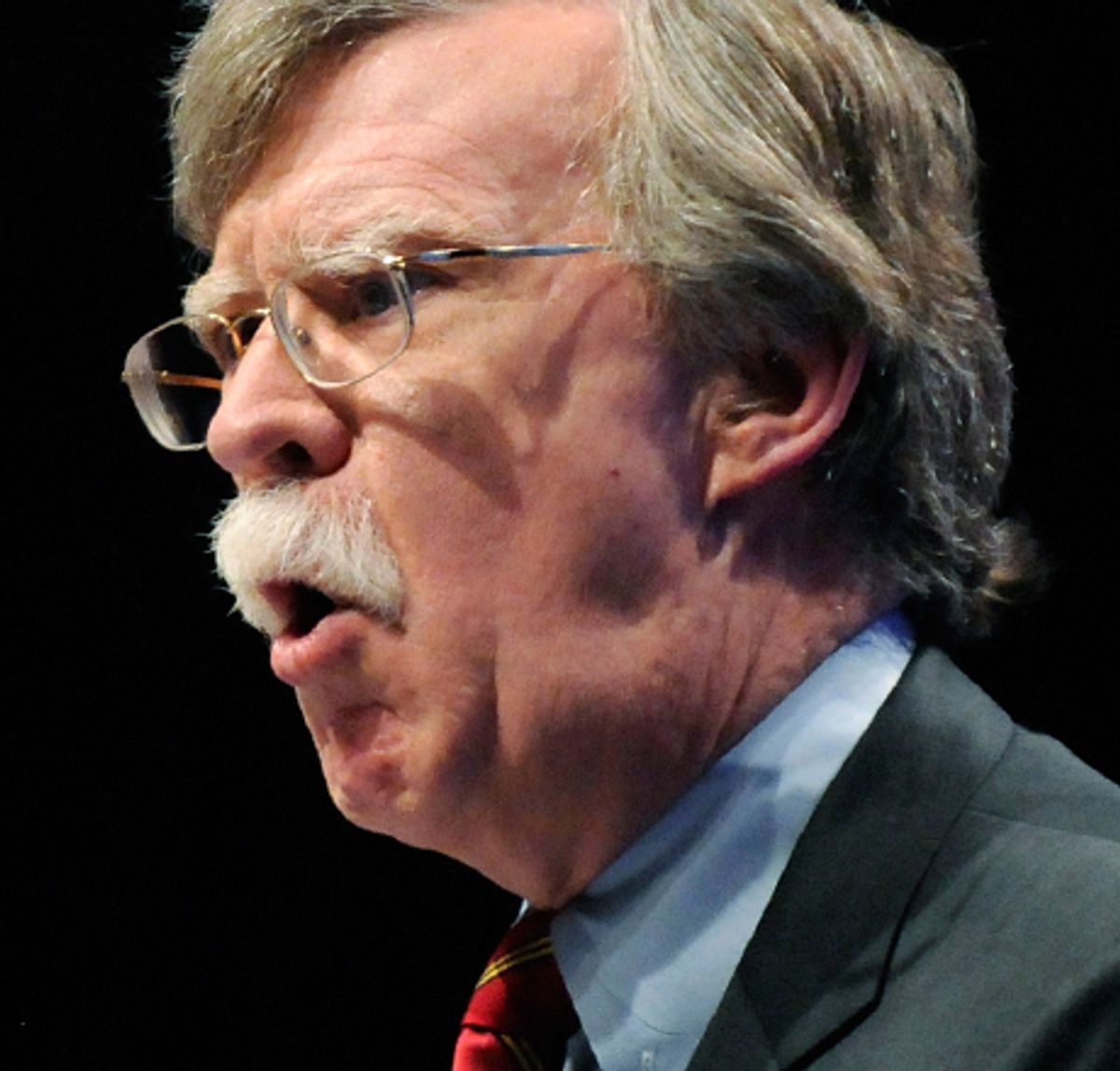 During an interview on Fox News, former UN ambassador John Bolton — who is expected to be assigned a senior state department position in President-elect Donald Trump's upcoming administration — characterized the overwhelming evidence that Russia hacked into Democratic National Committee and Republican National Committee servers as a possible "false flag operation."

"It is not at all clear to me just viewing this from the outside, that this hacking into the DNC and the RNC computers was not a false flag operation," Bolton said. "Let's remember what FBI Director James Comey said dealing with Hillary's home-brewed server. He said we found no direct evidence of foreign intelligence service penetration, but given the nature of this we didn't expect to, meaning a really sophisticated foreign intelligence service would not leave any cyber fingerprints, and yet people say they did leave fingerprints in the hacks regarding our election."

Later, when asked who would have perpetrated the false flag operation, Bolton said, "I believe that intelligence has been politicized in the Obama administration to a very significant degree."

There is no evidence that the Obama administration had anything to do with the DNC hacking.

Russian President Vladimir Putin's regime has used its influence to promote far right candidates and causes in nations like Germany, France, and the United Kingdom, as The Atlantic reported in October.

If Russia was indeed behind the hacks, it will also call into question whether Nevada Sen. Harry Reid, the Senate minority leader, was correct when he accused the FBI in October of knowing about Russia's involvement but concealing it to help elect Trump. Reid, a Democrat, reiterated that claim on Saturday.

Similarly, if Russia was indeed responsible for the hacking and went after both the DNC and RNC accounts, it casts a great deal of doubt on the intellectual honesty of self-described whistleblower Julian Assange, who may very well have had access to documents that could have embarrassed Trump as well as Clinton but chose only to release those related to the Democratic nominee.

Assange has repeatedly denied that Russia was involved in the hacks.