"It doesn’t put us in a good place, in my mind," said Christine Todd Whitman about Pruitt's appointment 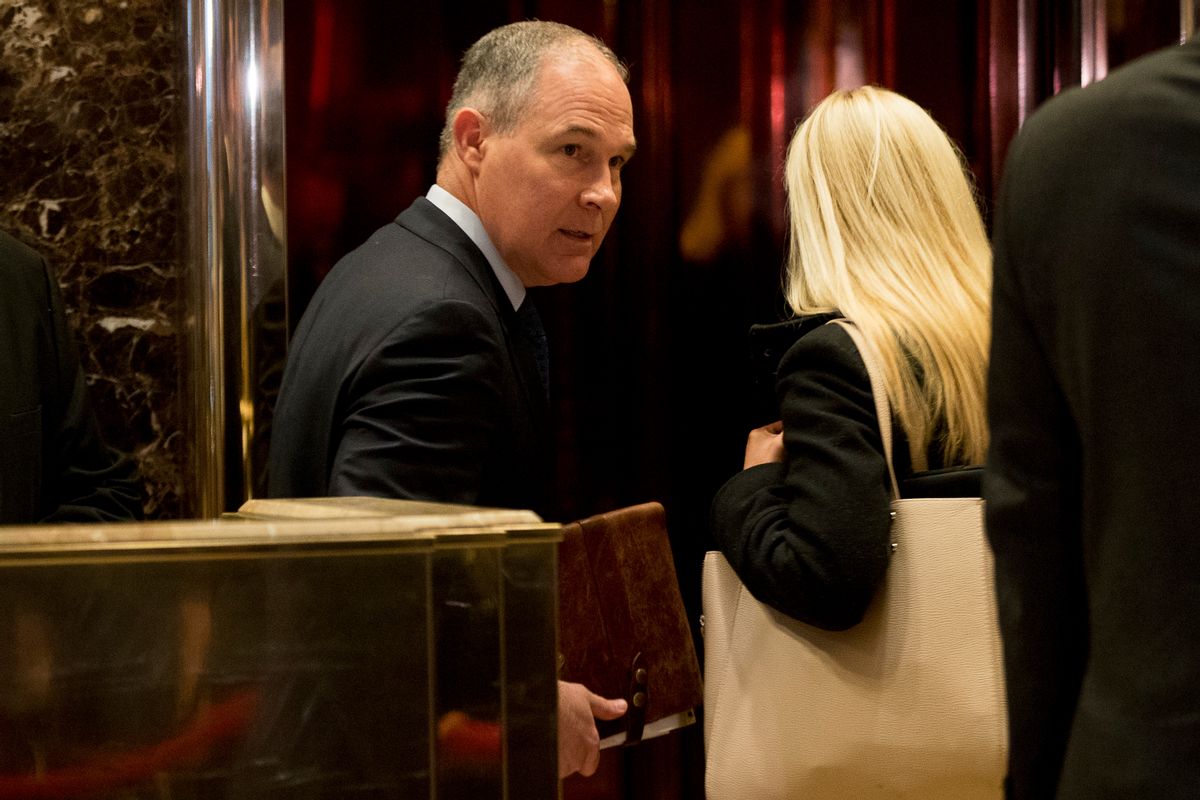 “I don’t recall ever having seen an appointment of someone who is so disdainful of the agency and the science behind what the agency does,” Whitman said in an interview with Grist published Monday.

“It doesn’t put us in a good place, in my mind,” Whitman added. “And he’s going to have trouble within the agency if he does convey that kind of disdain to the career staff.”

Whitman is most likely referring to Pruitt's abysmal record when it comes to environmental issues. He has been an outspoken critic of the EPA and environmental regulations in general, from opposing federal mandates for power plant pollution controls and cutting carbon emissions to arguing (incorrectly) that there is legitimate scientific disagreement on man-made climate change. When Pruitt sent a letter to the EPA opposing environmental regulations like the Clean Power Plan, he used a text that had been drafted by fossil fuel industry lobbyists. He also joined a group associated with an oil and gas company, Continental Resources, when they tried to stop expanding the federal endangered species list to include some of Oklahoma's imperiled wildlife.

“He obviously doesn’t care much for the agency or any of the regulations it has promulgated,” Whitman told Grist. “He doesn’t believe in climate change; he wants to roll back the Clean Power Plan.”

One of Whitman's major concerns is that, if Pruitt's anti-EPA ideology makes it too difficult for longtime employees to stay there, they may just walk away entirely.

“I worry about people retiring and losing institutional knowledge,” Whitman said. “They can slow things down, but he could too, and put a hard stop to regulations.”

Whitman's final assessment about Pruitt's pick had less to do with the environment and more to do with Trump's overall approach to governing.

“I never thought Trump was particularly an ideologue, but the picks have been a very conservative mindset,” Whitman said. “That will tell you he is quite serious about the anti-government pronouncements he made.”