"We are getting close and we are getting ready," said the CEO of the company devoted to robot-controlled vehicles 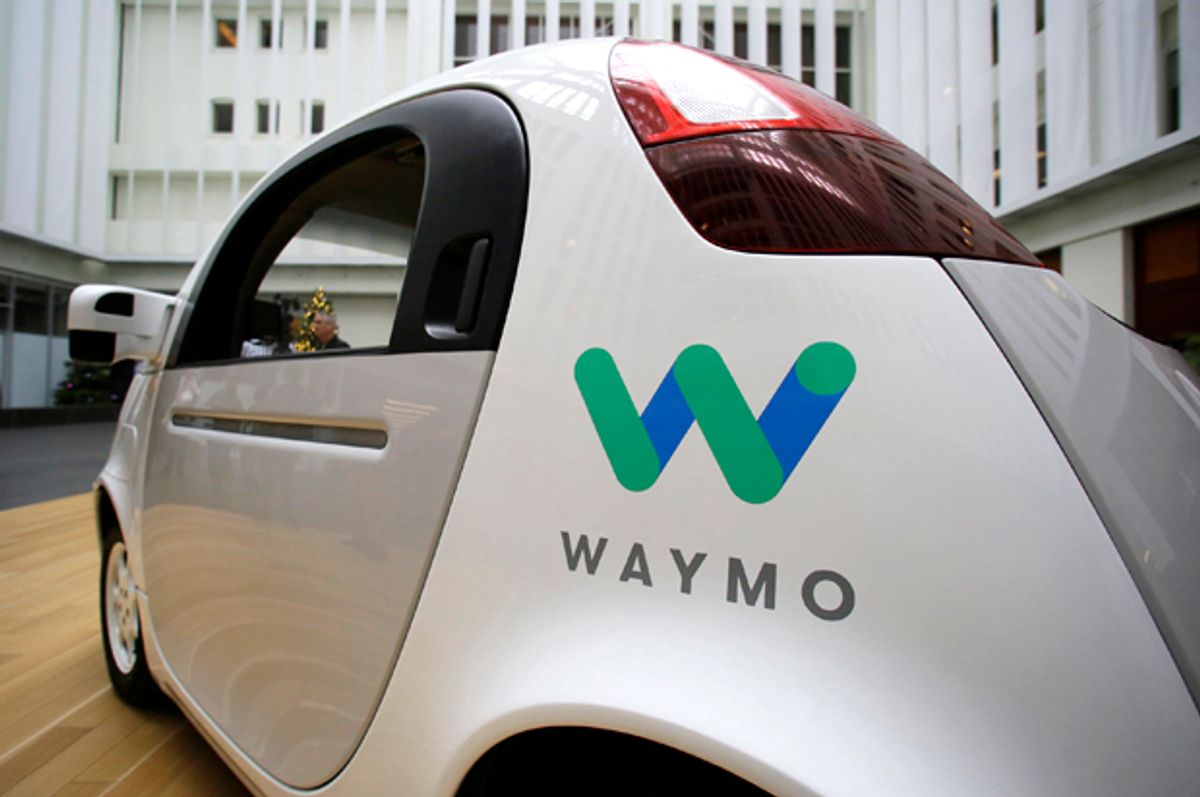 SAN FRANCISCO (AP) — The self-driving car project that Google started seven years ago has grown into a company called Waymo, signaling its confidence that it will be able to bring robot-controlled vehicles to the masses within the next few years.

"We are getting close and we are getting ready," Waymo CEO John Krafcik said Tuesday after unveiling the company's identity.

To underscore his point, Krafcik revealed the project had hit a key milestone in the journey to having fully autonomous cars cruising around public roads. In a trip taken in October 2015 , a pod-like car with no steering wheel and brake pads drove a legally blind passenger around neighborhoods in Austin, Texas without another human in the vehicle. It marked the first time one of the project's cars had given a passenger a ride without a human on hand to take control of a self-driving car if something went wrong.

Krafcik called that trip taken by Steve Mahan, former director of the Santa Clara Valley Blind Center, an "inflection point" in the development of self-driving cars. It came a year before a Budweiser beer truck equipped with self-driving technology owned by ride-hailing service Uber completed a 120-mile trip through Colorado while being steered by a robot while a human sat in the back of trailer.

In doing so, Krafcik and other supporters of self-driving cars believe the technology will drastically reduce the number of deaths on the roads each year because they contend robots don't get distracted or drunk, nor ignore the rules of the road, like humans do.

While Google's self-driving cars were still in the research-and-development stage, its leaders indicated the vehicles would be commonplace by 2020. Krafcik declined to update the timetable Tuesday, saying only that "we are close to bringing this to a lot of people."

Waymo's transition from what once was viewed as a longshot experiment to a full-fledged company marks another step in an effort to revolutionize the way people get around.

Instead of driving themselves and having to find a place to park, people will be chauffeured in robot-controlled vehicles if Waymo, automakers and Uber realize their vision within the next few years. Waymo's name is meant to be shorthand for "a new way forward in mobility."

The newly minted company will operate within Google's parent company, Alphabet, which was created last year to oversee far-flung projects that have nothing to do with Google's main business of online search and advertising. Those projects, which Alphabet CEO Larry Page likens to "moonshots," have lost $8 billion since 2014, with the research into self-driving cars accounting for a significant chunk of that amount.

Google began working on its self-driving technology in 2009 in a secretive lab called "X'' run by company co-founder Sergey Brin. Since then, its fleet of cars has covered more than 2.3 million miles in the San Francisco Bay Area, Austin, Arizona and Washington state. In their travels, the self-driving vehicles have been involved in 35 traffic accidents. Google has said its self-driving vehicles were at fault in only one collision with a bus earlier this year.

The self-driving project had been expected to be spun out of the X lab since Krafcik, a former Hyundai USA executive, was hired as its CEO 15 months ago.

As its own company, Waymo will now face more pressure to generate a profit under Alphabet's management instead of simply focusing on research. Rather than make its own cars, Waymo intends to license its technology to traditional automakers and trucking companies.

Earlier this year, Waymo's precursor licensed its self-driving technology to Fiat Chrysler for 100 Pacifica minivans currently in production. Financial terms of that deal haven't been disclosed.

The pressure to make money risks alienating some of the engineers who worked on the self-driving cars as a project that didn't have a mandate to turn a profit. As it headed down the road to becoming Waymo, several key players quit the project. The defectors included its former director, Chris Urmson, and a co-founder Anthony Levandowski, who is now working on self-driving technology for Uber.