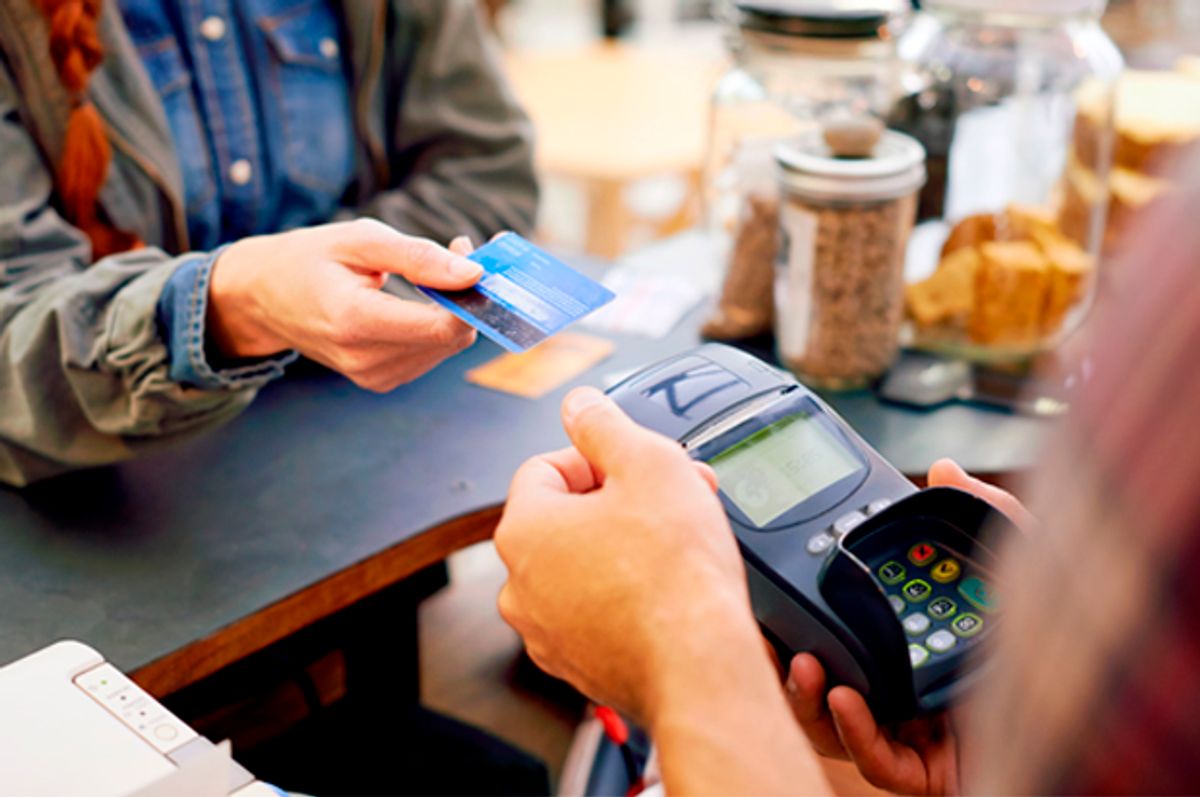 U.S. monetary policymakers are widely expected on Wednesday to announce an increase to the overnight federal funds rate by 25 basis points, to a 0.50 percent or 0.75 percent target range.

If that previous sentence just made your eyes glaze over, it shouldn’t. The Federal Reserve's rate adjustments can cost consumers real money, especially those who carry credit card debt and other types of variable interest rate loans, including many private student loans. While typical debtors won’t feel a huge impact from this week’s anticipated Fed rate hike, they should expect higher interest costs and possibly a higher pace of inflation, if President-elect Donald Trump succeeds in convincing the Republican-led Congress to pass his raft of tax cuts and infrastructure spending increases.

“Most people think that we’re going to have multiple rate hikes from the Fed in the next year, and if those predictions are correct it’s going to have an impact on folks who have credit card debt,” Matt Schulz, a senior industry analyst at CreditCards.com, told Salon. “If you have a bunch of credit card debt, you shouldn’t need a whole lot of incentive to pay that bill down. But if you do, the chance of the Federal Reserve increasing rates several times in the next couple of years is as good a motivator as anything.”

For the time being, most debtors probably won’t be able to tell that their monthly interest payments will go up after the Fed’s next rate hike, just as most of those holding debt didn’t feel much of an impact on their monthly bills when the Fed raised the rate last December for the first time since 2006.

According to an annual household debt study released on Tuesday by personal finance website NerdWallet, the next Fed rate hike will boost the average annual cost of credit card interest by just $17, to $1,309. That’s just $1.40 extra month, though considerably higher for people with lower credit scores and higher balances. The average indebted household had about $15,800 in credit card debt at the end of 2015 — the highest since 2009, according to the Federal Reserve Bank of St. Louis. In the third quarter, that amount rose to about $16,000.

“It’s easy to write off a 0.25-point interest rate increase, but that would be shortsighted,” Sean McQuay, credit analyst at NerdWallet, said in a press statement announcing the findings of the annual household credit survey. “These rates are expected to continue to rise, and each change adds up and increases your debt burden.”

Before the election Fed policymakers indicated that they would increase borrowing costs only three or four times through 2019, but those expectations were scrapped after Nov. 8. The U.S. economy’s response to a Republican-style fiscal expansion could mean higher inflation. If Trump comes even close to his promised $5.75 billion in tax cuts and pledge to spend $1 trillion on infrastructure, it’s going to amount to a huge fiscal stimulus program coming just as the country reaches what is considered full employment.

The Fed would then have to increase the pace of rate increases under  the Trump administration because inflation would be likely to pick up faster than previously thought. Economists polled by The Wall Street Journal last month expected inflation in the first two years of the Trump administration to remain comfortably above where the Fed thinks it needs to be in order to continue pulling borrowing rates toward the historical average of 5 percent, more than 10 times what it is today.

The Fed’s cheap money policy has been vital to the economic recovery that the country has experienced since the Great Recession, but it also means Americans owe more money — about 11 percent more than they did a decade ago, or $12.35 trillion, including $747 billion in credit card debt. Now that the Fed is likely to start accelerating the cost of that debt on Wednesday, consumers might need to reassess their appetite for high balances.