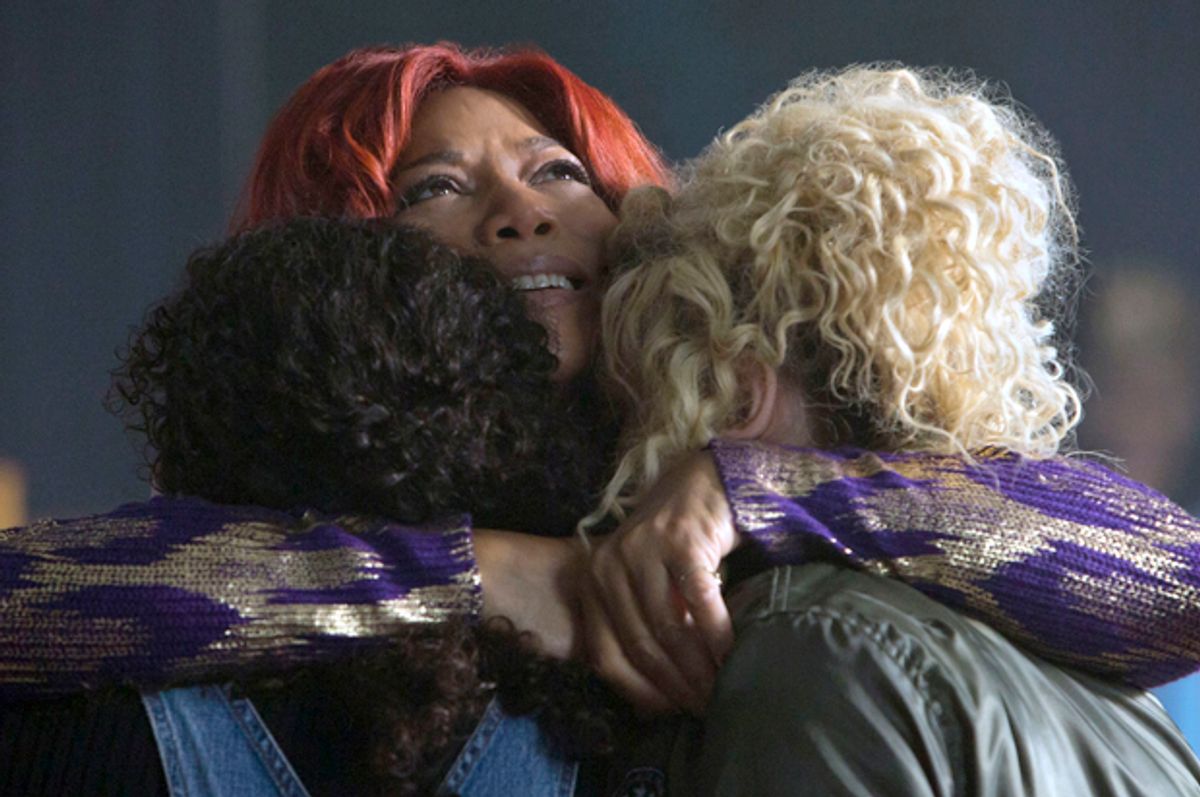 Lee Daniels, the co-creator and executive producer of Fox’s hit drama “Empire," favors polished and dangerous female characters — more than dangerous actually. The man always paints his divas with a little blood and dirt under their perfect manicures. You can’t say the name Cookie Lyon without allowing the words “will cut a bitch” to float through the basement of your subconscious.

Provided Wednesday night’s early premiere “Star” seduces viewers, they may be saying the same of Jude Demorest’s R&B diva, who admits, in one of many moments of honest self-appraisal, that she’s a whore. Her business partner Alexandra (Ryan Destiny) quickly corrects her: “A thirsty whore,” Alexandra specifies with a smile, and they both laugh.

Seen in context, this is a moment of bonding between the two women, new besties who met on Instagram and partner up to form a girl group. Conquering the R&B world isn’t just a dream for Star Davis; it’s her only option. Like Daniels’ Lyon family, Star is clawing her way to the top from the very bottom rung; she has nothing and no one to go back to, having bounced through the foster system separately from her sister Simone (Brittany O’Grady). She’s jailbait and combines her Lolita-esque sex appeal with her intelligence to gain access to the power players who can jump-start her career.

Mirroring another device used to launch “Empire,” Star’s climb begins with an explosive inciting incident that ensures that she and Simone cannot turn back from their quest to become legends.

“Star” is billed as a chronicle of the rise of an R&B girl group molded in the image of TLC or Destiny’s Child, but really it is the beautiful baby that happens when a musical and a prime-time soap grind it out to Fifth Harmony and Miguel while “RuPaul’s Drag Race” flickers onscreen in the background.

The end product is a melodrama that examines identity issues as well as the debt pop music owes to gay culture and gospel, with frequent departures into sparkling music video fantasy. That it’s debuting at a time when the media is examining how effectively it speaks to the issues of “real America” also has significance, coincidental or not.

If it were overseen by any other talent than Daniels, the odds of “Star” collapsing under the weight of its various subplots would be astronomical. But the executive producer made the wise decision to tap Chuck Pratt Jr., formerly the head writer of “The Young and the Restless,” as its showrunner.

Pratt’s daytime soap opera experience pays off right away in the form of one heightened moment piling on top of another; the writers expediently burn through story almost as quickly as they unfurl more challenges for the ladies to tackle.

Both of Daniels shows portray a segment of the music industry that is fully integrated into our culture, but “Star” features characters and plotlines that reflect a more realistic vision of the urban working class, one in which dire struggle is a uniting factor that trumps race. And like “Empire,” “Star” is dominated by an African-American and Latino cast, although the title character is white and intentionally so.

Demorest, for her part, is no cultural appropriator. Daniels and “Star” co-creator Tom Donaghy knew precisely what they were getting with this performer; she has the swagger and enough of a rounded, honeyed voice to believably give her credibility onscreen and in the drama’s rough-edged universe. One character’s observation that “a white girl who can sing R&B . . . even the mediocre ones go platinum” seems suspiciously meta.

Truly one might think of Star as the Fergie of this floral arrangement, with a voice that stands out from those of her biracial sister Simone and Alexandra, a rich black girl who is hiding the fact that she’s the daughter of a pop music superstar, played by Lenny Kravitz.

“Star” is bound to draw comparisons to Ryan Murphy’s “Glee” but honestly it has far more flavor than Murphy’s dramedy ever did. Daniels owes a debt to Murphy’s show nevertheless; “Glee” had to wait three seasons before introducing a transgender character.

“Star,” meanwhile, has Amiyah Scott in a prominent supporting role as Cotton, a trans woman in the midst of a community that displays tolerance by overlooking her gender orientation as opposed to accepting it.

Appropriately “Star” centers its focus upon the series’ three newcomers, with meaty roles granted to veteran performers Benjamin Bratt, playing a rumpled talent agent whose best days are in his rearview mirror, and Queen Latifah as an Atlanta salon owner and churchgoing matron.

Both Bratt’s Jahil Rivera and Latifah’s Carlotta Brown have a past with Star and Simone’s dead mother Mary (Caroline Vreeland), from whom they inherited their prodigious vocal talent. But it’s Carlotta who has the deeper connection with Mary, and her residual mourning over losing her friend inspires her to take in the sisters and Alexandra when they show up on her doorstep. And Latifah’s character may be the most underwritten of the cast; Carlotta’s primary reason for being throughout the first three episodes, other than showing off an impressive, increasingly outlandish selection of wigs, is to chase after the raucous girls in an attempt to keep them on the straight and narrow.

That might be rectified as the drama’s story develops, allowing for a more expanded view of Carlotta’s relationship with Mary.

Following the modus operandi set forth in “Empire,” every character in this series possesses an element of ruthlessness. The dirty deals that they become involved with aren’t just questionable; they’re explosive traps in the road ahead of a speeding vehicle.

The balancing act required of the show’s writers is one of the more ambitious of this season’s broadcast prime-time offerings, with multiple focal points to explore. Jahil has old habits he has problems resisting. Simone turns to pot and booze to forget horrific abuse, and Carlotta’s relationship with Cotton, her child, is barely intact.

Set against all of this, Alexandra’s emotional distance from her parents provides a less potent subplot, although it does allow for some outstanding comic relief when Naomi Campbell, playing her mother, sashays onto the scene toting an appropriately ridiculous toy dog.

“Star” hits a run of thematic notes complete with crackling glossy musical numbers within its first three episodes and shows no sign of topping out by the end of that third hour, although the choreographed pop daydream at the end of episode 3, featuring the ladies in lace-up thigh-high boots and hospital gowns, pushes the boundaries of taste.

The writers are in no hurry to speed up the trio’s rise to celebrity, though, and if your taste aligns with Daniels’ brand of saucy escapism, you may want this ride to last as long as possible.