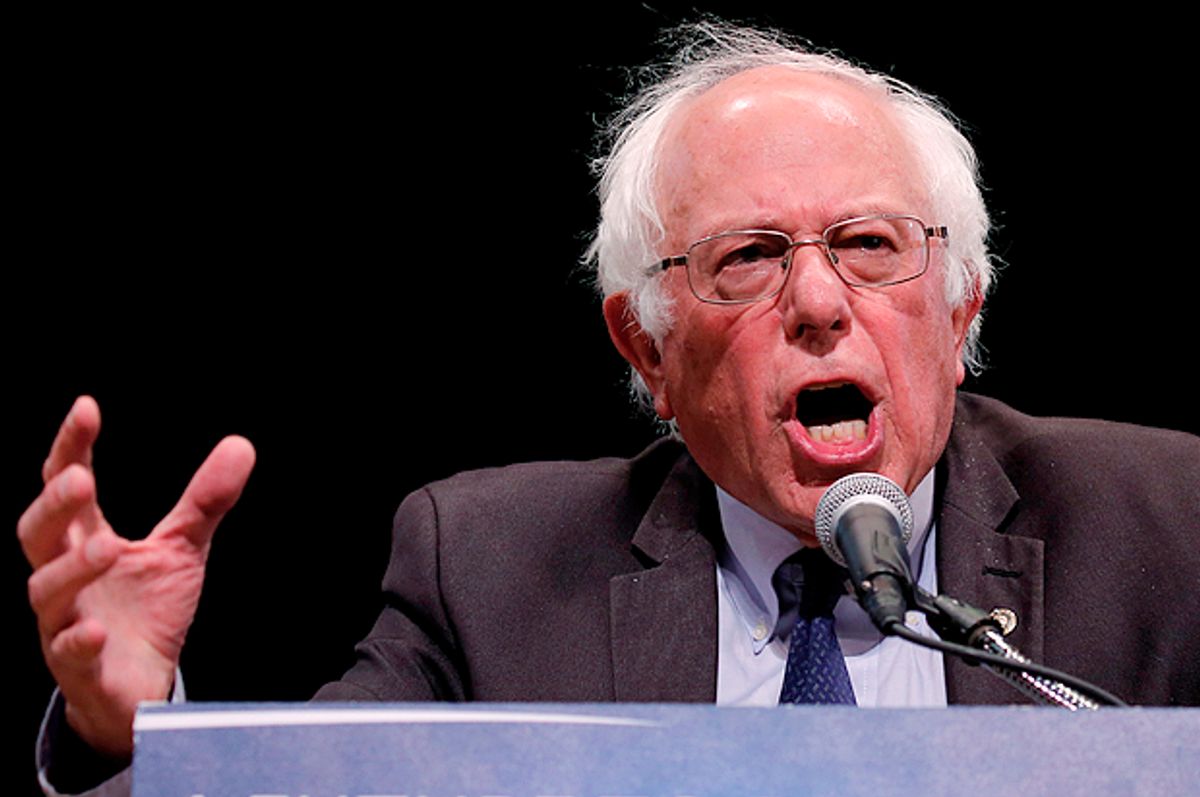 Donald Trump won Kenosha County, Wisconsin, by fewer than 300 votes; it's a county that had not voted for a Republican in a presidential election in nearly 50 years. Just over a month later, former Democratic candidate Sen. Bernie Sanders (I-VT) joined the residents of this Trump county in an MSNBC town hall to discuss their voting choices.

Here are five moments that stood out:

1. Bernie Sanders wins over a Trump voter in less than two minutes.

Gail Sparks is a Trump voter who began the program blaming undocumented immigrants for her own economic woes. But Sanders was quick to show her where the blame lies.

“Correct me if I’m wrong, that we should not cut Social Security or Medicare or Medicaid. Is that correct or not?” Sanders asked.

“Yeah, I believe they shouldn’t be cut,” Sparks replied.

“Do you know who is now working very hard to try to do that?” Sanders asked her. “Republicans in Congress have a plan under the guise of saving Medicare and saving Social Security, making devastating cuts. That’s what the Republicans are now trying to do.”

2. Bernie Sanders explains what political correctness means to him.

"What [political correctness] means is you have a set of talking points that have been poll-tested and focus group tested and that's what you say, rather than what's really going on. And often what you are not allowed to say are things that offend very, very powerful people."

3. Moderator Chris Hayes asks the audience how many people thought the presidential race was too "personality driven."

"Anthony," an audience member and Clinton voter, craved a substantive policy discussion from the presidential election and quickly became frustrated by the lack thereof.

"[Hillary Clinton and Donald Trump] talked about each other, and I wanted some meat and potatoes," he told Sanders, leading Hayes to ask a question whose answer everyone could agree on.

"You're seeing in Nevada ... the Culinary Workers Union who have, through their struggles, created a situation where the women making the beds in big hotels and cleaning the toilets are making middle-class wages and have good healthcare because they have a strong union," Sanders explained.

The Culinary Workers Union has protested against Trump for both his immigration policies and violating labor laws.

"If you have a strong union, every human being has the same needs, whether you work in a factory or whether you work in a hotel and our job is to grow the union movement, in my view, to raise the minimum wage, so that if you work 40 hours a week you don't live in poverty in America," Sanders noted.

5. A Trump supporter on Sanders' panel makes a shocking admission.

"When we talk about the kinds of jobs that were in Kenosha, do you see a future in which those come back?" Hayes asked one Trump supporter who had joined Sanders on the stage.

But unlike many Trump supporters who believe their guy will bring back manufacturing jobs, this Kenosha voter appeared more realistic.

"No, no, no. That day is not coming," he told Hayes. "Kenosha's so diversified now, whereas before it was just Chrysler, it was just a one-trick pony, you know."

Sanders then asked the voters about corporate greed and how it has changed how middle-class Americans are treated.