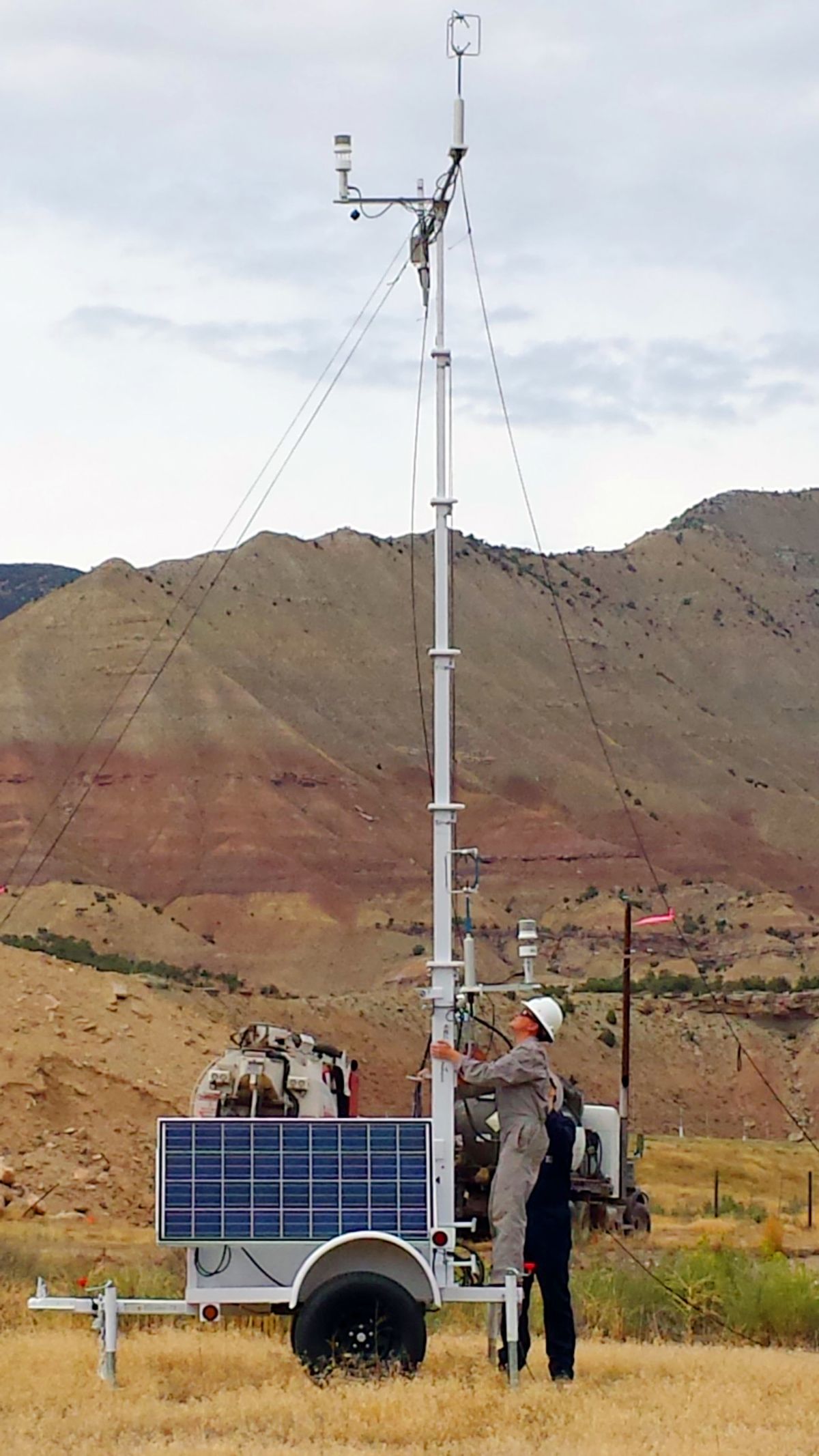 In this 2014 photo provided by Colorado State University, CSU research associate Kira Shonkwiler, front, and student Landan MacDonald, standing behind Shonkwiler, set up a weather station in Garfield County, Colo., as part of a study on air pollution from fracking wells. (AP)
--

The Environmental Protection Agency has issued the final version of a comprehensive study on fracking that, unlike its first version issued in 2015, deletes the original conclusion that "no evidence that fracking systemically contaminates water."

“E.P.A. scientists chose not to include that sentence. The scientists concluded it could not be quantitatively supported,” Thomas A. Burke, the E.P.A.’s science adviser and deputy assistant administrator of the agency’s Office of Research and Development, told The New York Times Wednesday. Burke said that the new report concluded that fracking contaminates drinking water when acquiring groundwater, mixing that water which chemical additives, injecting the chemical fluids underground, collecting the wastewater that flows out of the wells, and storing that used wastewater.

The findings will raise new questions for Scott Pruitt, the Oklahoma attorney general who has been picked to head the E.P.A. Pruitt has close ties to the oil and natural gas industries, and is well-known for his desire to roll back the E.P.A.'s powers, not strengthen them.

Similarly Dr. Katie Brown of Energy In Depth, an industry-backed group, wrote in anticipation of the E.P.A.'s findings on Tuesday that the report was "another sign E.P.A’s word changing," adding "documented number of cases of water contamination from fracking-related activities is indeed small — even though language from the draft report stating cases of contamination 'were small compared to the large number' of fracked wells was taken out of the final report."