How to win Donald Trump and influence policy: Behind the defeat of an unpopular appointment 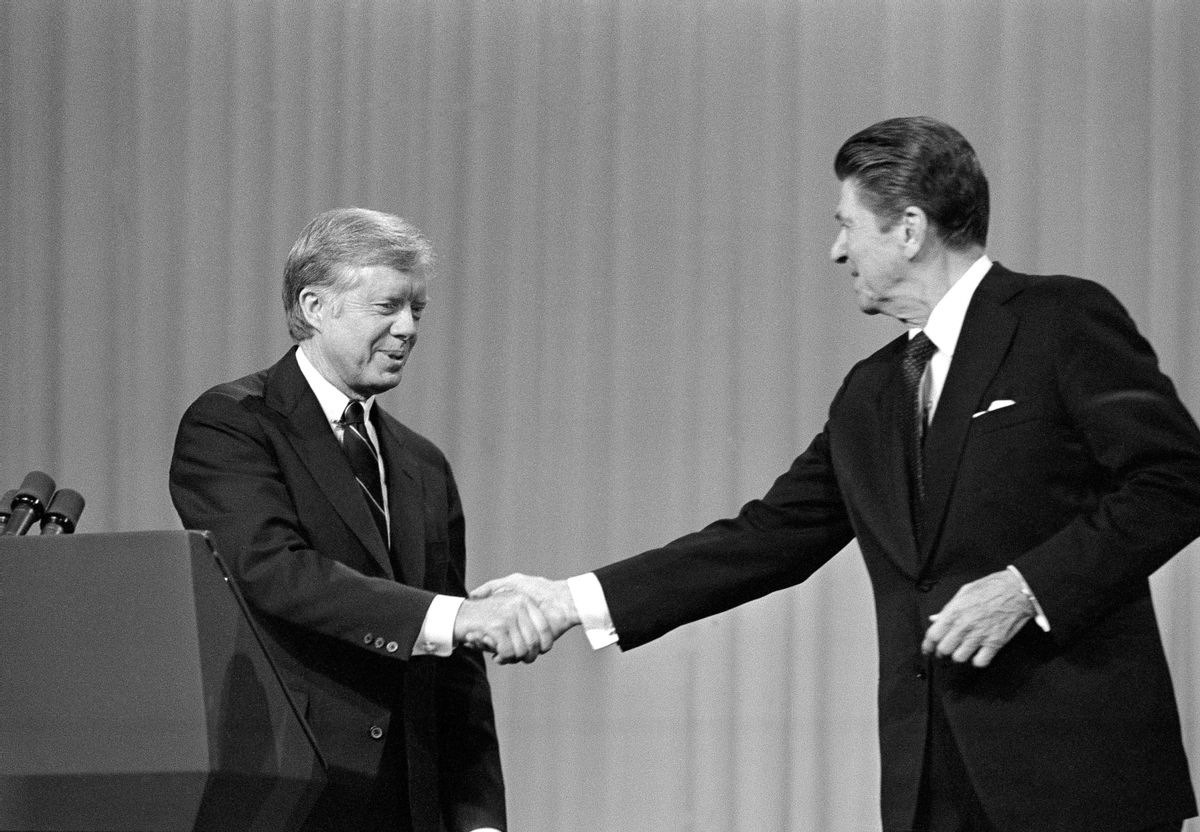 As Donald Trump works to fill his cabinet, his choices have inspired considerable anxiety among his critics. Advocacy organizations such as the American Civil Liberties Union and Human Rights Watch have reacted with concern and outright objections, in particular to the nomination of Sen. Jeff Sessions as attorney general and Rep. Michael Pompeo to lead the Central Intelligence Agency.

They claim these appointments show that “Trump’s administration will threaten human rights protections.”

In 1980, Ronald Reagan’s election similarly raised widespread anxiety among human rights advocates. His nomination of Ernest W. Lefever to head the State Department’s Bureau of Human Rights and Humanitarian Affairs heightened their fears. Lefever had been a vocal critic of Jimmy Carter’s emphasis on human rights in U.S. foreign policy.

Lefever’s nomination elicited a groundswell of opposition among members of Congress, human rights activists and the public that helped defeat his nomination.

My research shows how this coalition succeeded. Its efforts could serve as a model for concerned activists today.

During the campaign, Reagan and his aides had criticized elements of Carter’s human rights policy. They charged that Carter’s criticisms of repressive governments threatened U.S. national interests without meaningfully improving human rights. Such criticisms raised expectations that the Reagan administration would decrease the prominence of human rights in its foreign policy. At the outset of his presidency, Reagan’s aides suggested he would emphasize spreading democracy and defeating terrorism, rather than championing human rights.

In February 1981, the administration nominated Lefever, confirming these suspicions.

Opposition to the nominee was driven by policy differences, doubts about his qualifications for the role and concerns about his cultural arrogance toward human rights abuses in Africa and Latin America. Extensive and contentious congressional hearings followed, which undermined Lefever’s candidacy.

Lefever had a record of questioning the relevance of human rights to U.S. policy. An editorial in The Nation pointed out, “He is an outspoken apologist for the barbarous practices of right-wing dictatorships.”

In the 1970s, Congress had played a leading role in U.S. human rights policy. Many members of Congress interpreted Lefever’s criticisms of Carter’s policy as opposition to their own efforts. As a result, there was also some rivalry between the executive and legislative branches during Lefever’s confirmation hearings.

Members of Congress who resisted Lefever’s nomination believed he opposed human rights legislation, public support for human rights and even the bureau to which he was nominated. Chair of the Senate Foreign Relations Committee Charles Percy, a Republican from Illinois, expressed doubt about Lefever’s commitment to human rights and personal integrity: “Concern for human rights is not just a policy of the United States. It is an underlying principle of our political system and a fundamental factor in the appeal of democracy to people throughout the world.”

They also expressed concerns about the candidate’s demeanor. Sen. Rudy Boschwitz, a Republican from Minnesota, said Lefever “lacks the diplomatic skills needed for the post.”

Not surprisingly, many in the human rights community also actively opposed Lefever. They made repeated trips to Washington to campaign against his confirmation. Some attended and testified at his confirmation hearings. Prominent human rights scholar Louis Henkin testified before the Senate committee, “I do not believe that this law can be faithfully executed by someone who thinks there should be no such law, who has been firmly opposed to it in its spirit and in every detail.”

Activists at Helsinki Watch, a precursor to Human Rights Watch, agreed. According to Aryeh Neir, “We thought it vital for the future of the human rights cause to defeat him.”

Reagan’s supporters argued that Reagan “has just won an election,” and therefore deserved to have his nominee confirmed, as columnist William Safire wrote. Yet, the committee voted 13 to four against Lefever – the first instance since 1959 that a president’s nominee had been rejected by a Senate committee.

In the wake of the defeated nomination, the White House worked to convey its concern about human rights to Congress, the American public and an international audience. To do so, the administration deliberately leaked parts of a State Department memorandum entitled “Reinvigoration of Human Rights Policy,” which stated, “human rights is at the core of our foreign policy.” In addition, it nominated a new candidate, Elliott Abrams, who garnered bipartisan support and a unanimous Senate confirmation.

After criticizing Carter’s policy on human rights during the 1980 campaign, Reagan and his aides had indicated that they wanted to transform U.S. policy once in office. Reagan may have been able to accomplish such a change through an evolutionary process, but observers viewed his selection of Lefever as extremist.

The efforts of members of Congress, human rights activists and the public prevented Lefever’s confirmation and ensured that human rights remained a rhetorical and substantive element of U.S. foreign policy in the years that followed. Members of Congress and concerned citizens can play a similar role in shaping the new president’s policies in the months to come.