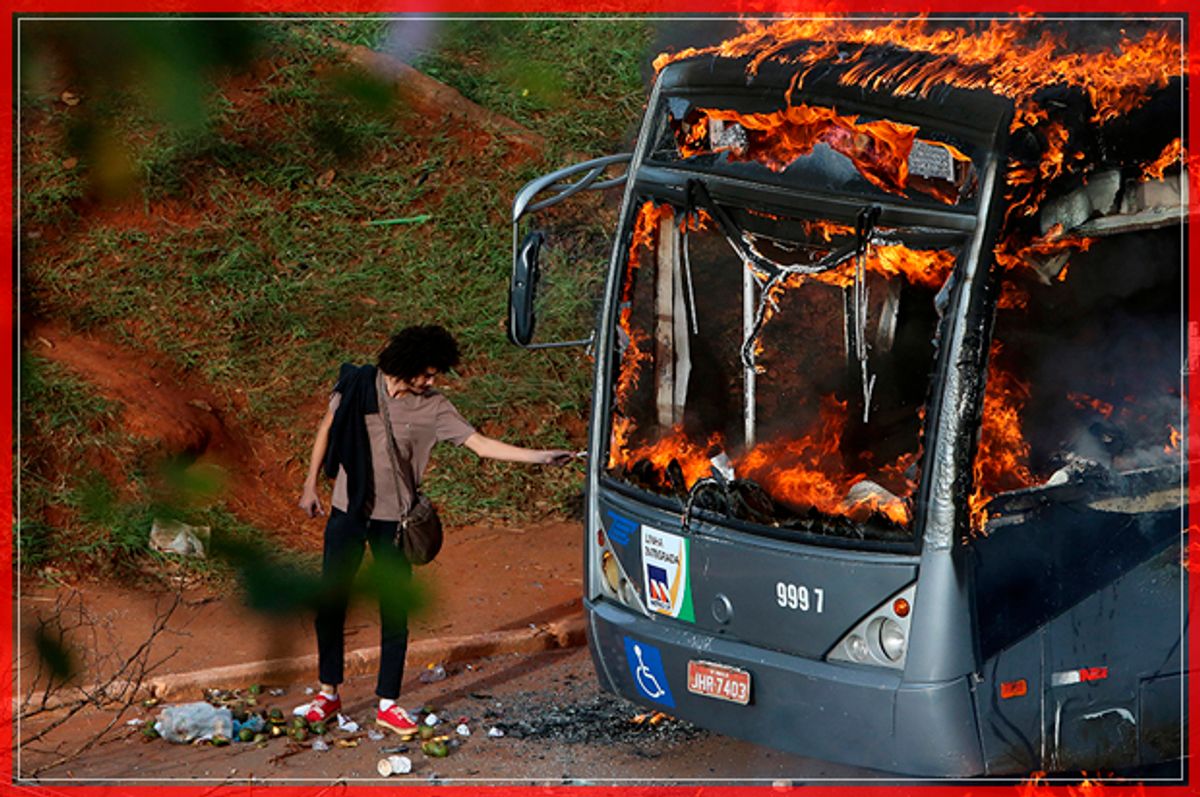 A man lights up his cigarette with the flames of a bus burned by anti-government demonstrators during a protest against the constitutional amendment PEC 55, which limits public spending, in front of Brazil's National Congress in Brasilia, Brazil December 13, 2016. REUTERS/Adriano Machado TPX IMAGES OF THE DAY - RTX2UWP3 (Reuters)
--

Brasília, Brazil   Adriano Machado/Reuters
A man lights his cigarette with the flames of a burning bus lit by anti-government demonstrators I am and have always been an anti-smoking zealot. That said, I will now make an exception for smokers who light their cigarettes by the flame of a burning bus in front of a government building. Just promise me to savor that one, sir.

Leucate, France   Raymond Roig/Getty
An oyster farmer handles an oyster with a message curled inside to deter thieves from stealing Can we consider for a second the political implications of finally sending the message in an oyster, and not in a bottle? This is the real sexual revolution. Kanye West took some time out of his recovery from a November hospitalization stay for exhaustion, in the wake of canceling the remaining dates of his Saint Pablo tour, to visit President-elect Donald Trump at Trump Tower this week. Was Kanye there to kiss the ring and make a case for Trump to appoint him the new chair of the National Endowment for the Arts or to remind Trump that he declared over the summer that he'd be hitting the campaign trail himself in three years to Make America Ye Again? Keep an eye on Kim's Snapchat for details.

Krasnoye, Russia   Sergei Karpukhin/Reuters
The sunrise peeks through the antlers of herded reindeer in Russia Reindeer herding is a way of life in Krasnoye, Russia, and every winter, the herders corral the creatures into open-air pens. Alas, this is not a merry Christmas tale -- they do this to cull the weaker animals, in order to preserve the region's fragile tundra and manage the reindeer population.