Conspiracy theories about the Sandy Hook shooting are still churning, and they're becoming a threat to the families 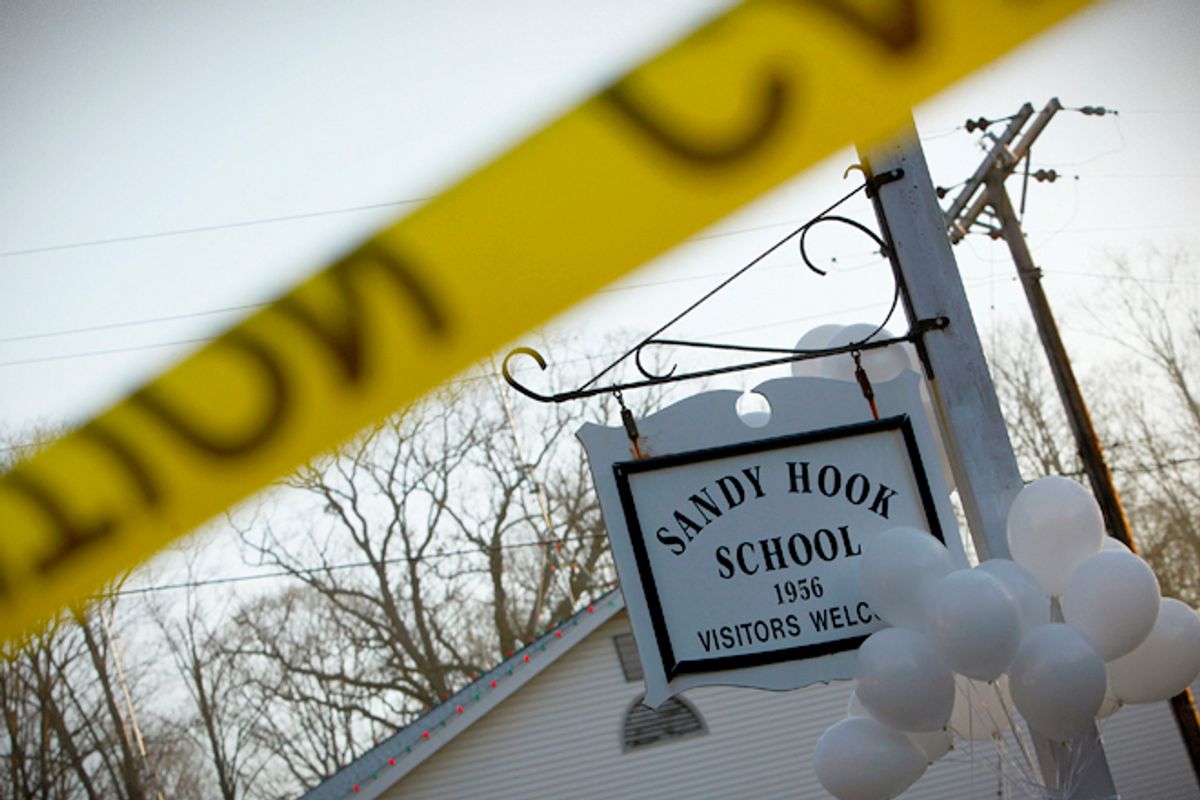 It’s been four years since a deranged young man in Newtown, Connecticut, murdered his mother and then went on a killing rampage at Sandy Hook Elementary School, where he used a semiautomatic rifle to take the lives of 20 children and six adult teachers before committing suicide. It stands out as a landmark tragedy: One of the deadliest mass shootings the country has ever seen, its already incomprehensible horror magnified by the youth of the victims, most of whom were in first grade.

No clear motive for the slaughter has ever been established, and explanations about why it happened tend to begin and end with the perpetrator’s troubled family life and history of mental health problems. But even if the “why” remains elusive, the bloody reality of what happened in Newtown still shocks and challenges us.

In the intervening years, though, a persistent and malicious community of conspiracy theorists has done everything in its power to cast doubt on that reality and dispute that the Sandy Hook Elementary massacre ever took place. It was a hoax, the theory goes, perpetrated by the government to try and roll back gun rights. The victims, they say, are just actors, and all the relevant documents are forgeries.

This heartless agitation, once confined to fringe websites and disreputable talk-radio chatter, is now metastasizing into something much more sinister.

Just last week, the Department of Justice announced that charges had been filed against a Florida woman who apparently made death threats against a parent of one of the Sandy Hook victims. The woman’s belief “that the school shooting was a hoax and never happened allegedly motivated her to make the charged threats,” the DOJ release states. The threats were made against Lenny Pozner, whose murdered son, Noah, became a central focus of Sandy Hook conspiracy theory.

This is a worrisome development, made all the more unsettling by the fact that it coincided with another example of conspiracy-driven criminality: the North Carolina man who fired a gun inside a Washington pizzeria while “investigating” bogus reports that a Hillary Clinton-linked child sex ring was operating in its basement. This outlandish accusation against Clinton has also been embraced by one of the senior advisers to the incoming president, which forces us to consider how the rankest forms of conspiracy theory will impact our lives in the years to come.

To get a sense of how Sandy Hook hoaxes and other conspiracy theories start, endure and spread, let’s take a quick dip into the world of talk radio host Alex Jones. He’s one of the leading voices in the Sandy Hook “truth” movement, and he was singled out by Hillary Clinton during a campaign speech for his ties to Donald Trump and for saying that the Newtown massacre was “synthetic” and “manufactured.”

I was curious to see what Jones would have to say on the anniversary of the massacre, but it turns out that he already issued his “final statement” on Sandy Hook nearly a month ago. Offering himself as a victim of unfair media attacks, Jones explained his position on the shooting. “I will present to you the questions, and I’m going to be quite frank, I don’t know what really happened,” he said. “I know there are real mass shootings, I know people lose children. I’m a father. It hurts my heart. So I don’t know what the truth is. All I know is the official story of Sandy Hook has more holes in it than Swiss cheese.”

This is the false courage of conspiracy theorists: that only they have the guts to question literally everything, and only they have the wisdom to understand what no one else can see. It’s a powerful form of self-medication, a way to feel unimpeachably righteous in their groundless skepticism. The more terrible the tragedy, the more potent the effect. After all, only someone with real valor would have the fortitude to stand up against the whole world and wonder aloud whether 20 kids were really gunned down or the government staged the whole thing, right?

When the evidence proving them wrong becomes too overwhelming, or the condemnation becomes too pointed to ignore, conspiracy theorists have a readymade escape hatch that enables them to maintain their ill-gotten sense of moral superiority. It’s the same one Jones deployed in his “final statement” on Sandy Hook: They don’t know the truth, they’re just asking questions. The fallacy in all this, of course, is that the “questions” they ask all spring from the pre-formed conclusion that a conspiracy is afoot. It’s an insidious deflection that projects irrationality onto anyone who questions their motives — who could possibly be against asking questions?

The intractable problem in all this is that official condemnations and irrefutable evidence are hardly ever effective when it comes to changing a conspiracy theorist’s mind. If a person believes that a shooting can be staged with child actors and fake news reports, they’re not going to be swayed by coroner’s reports or other official documentation that, to their reckoning, could just as easily be fake too. If they’re denounced as dangerous and crazy by media or public officials, that becomes proof that they’re onto something and pushing the right buttons. They feed off their own debunking, twist it into proof that they’re right, and find the affirmation they need on the internet.

As we’ve seen from recent events, sometimes conspiracy theorists gets so caught up in their own self-delusion that they feel justified in taking illegal action against people who’ve done nothing beyond endure a terrible loss. The fact that Sandy Hook families are still dealing with this conspiratorial insanity four years after the gruesome horror of that day is a travesty.