Meanwhile, Harvard law professor Lawrence Lessig says that as many as 20 electors could break from Trump 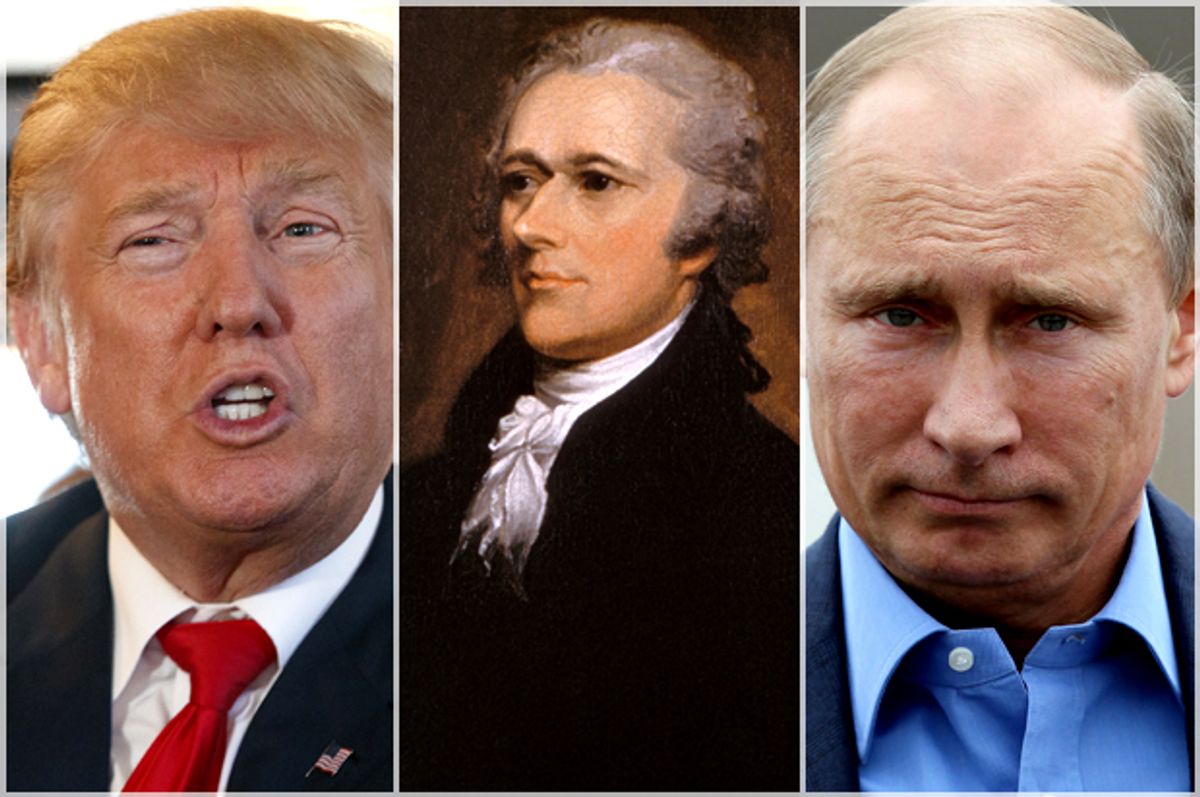 Lawrence Lessig, a Harvard University law professor who has been offering pro bono legal counsel to Republican electors thinking of defecting from Trump, claimed on Tuesday that he has spoken with 20 electors who may vote for a third candidate.

“Obviously, whether an elector ultimately votes his or her conscience will depend in part upon whether there are enough doing the same. We now believe there are more than half the number needed to change the result seriously considering making that vote,” Lessig told Politico.

The news comes as Hamilton Electors, the group of Electoral College members trying to persuade electors to defect to an alternative candidate, tell Salon they're "looking at is the best chance we have of stopping Trump than at any other point during this process."

On Tuesday, the Republican National Committee insisted to Politico that only Christopher Suprun, a Republican elector from Texas, is planning on defecting, and that they've kept a close head count on the electors. As Salon reported on Tuesday, Republican electors have been threatened with political reprisals if they fail to toe the line for Trump, a step which suggests that the campaign may worried about the Hamilton Electors' strategy.

The goal of the Hamilton Electors is to deny Donald Trump at least 37 electoral votes. In order to be officially appointed America's next president when the Electoral College convened on Dec. 19, he'll require at least 270 electoral votes; currently 306 are committed to him.

The Hamilton Electors are a Democratic-led group that has expressed its willingness to support a moderate Republican (most likely Gov. John Kasich of Ohio) in order to convince the required number of Republican electors to vote against Trump. Their logic is based on the text of Alexander Hamilton's Federalist Paper No. 68, which argued that electors needed to make sure “that the office of President will never fall to the lot of any man who is not in an eminent degree endowed with the requisite qualifications.”

It also warned about “the desire in foreign powers to gain an improper ascendant in our councils" and viewed the Electoral College as a possible way of preventing that, a calling that has taken on particular power in light of revelations of Russian meddling to elect Donald Trump.