Will Obama regret not doing more for black Americans?

The racial double standard that Obama has faced is real, but so are the challenges African-Americans face daily 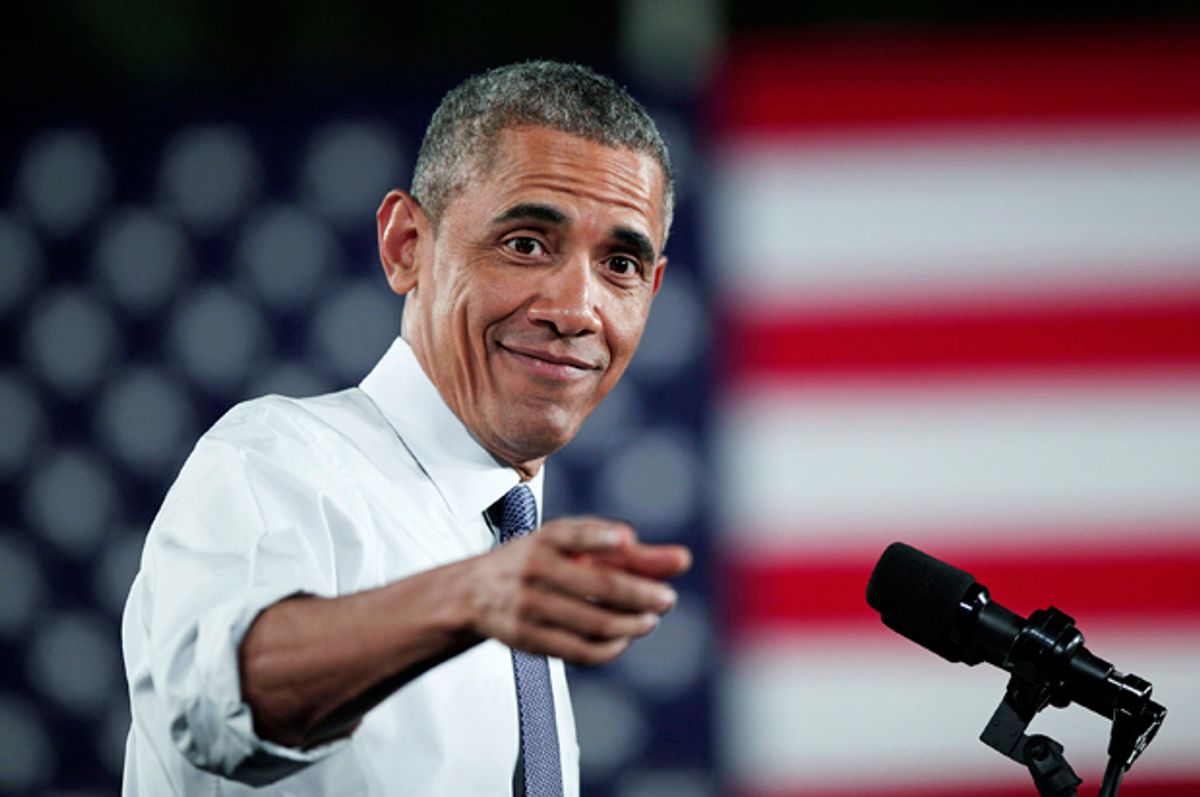 Does Barack Obama owe African-Americans anything? My friends like to toss this question around. My answer is no. He’s a politician, and politicians do what politicians do: play that give-and-take game. And that can be taken in a good or bad way, like this: Obama appointed the first Latina to the U.S. Supreme Court, was the first president to endorse same-sex marriage and increased funding for the Violence Against Women Act. But he's also is the same guy who set off more drones and prosecuted more whistleblowers than former president George W. Bush. Give and take.

As is the case with most things, your perception of him likely boils down to how his presidency has affected you, unless you are black — and that’s what will complicate the question.

Walk into a black family function, hug the aunts, peck the grandmas on the cheek, make yourself a plate of food and then yell, “Obama hasn’t done anything for black people!” Watch how quickly your plate is snatched. You’ll be attacked from all angles, called every name and probably thrown out face-first. The only person who will side with you is your Republican cousin who brought the white girl, and maybe that one veteran uncle who hates everything.

Black people have been the ultimate Obama apologists. The last eight years have been a constant string of excuses for what he hasn't done: Obama can’t just do that! or Obama has to wait to do this! My barber even said, “Yo, did you ever Google his constitutional powers?” Some black people went really crazy. My cousin (not the Republican one) even said, “Obama can’t talk about reparations because we aren’t ready!” Like he wouldn’t take a check. Suddenly, the world is full experts on the president’s powers and masters of what he can and cannot say.

What’s funny is that I never heard Bill Clinton can’t say that! or George Bush doesn’t have the power to do that! while they were in office, even when George W. Bush ran into Iraq like they were giving away free oil and Clinton treated the Oval Office like the backseat of a used Honda.

And I get it; the double standard is real­­. As one of the few black professors at more than a few of the universities I’ve taught at in the past, I've received the Obama treatment. I've been put under a microscope, with people just waiting for me to mess up, and also praised too much when I accomplished simple things like using the coffeemaker without reading the instructions, and always — always — left alone during controversial moments.

But I’m not the president, so I don’t have to be as cool, which is great because I often lack the temperament needed for diplomacy. In arguments I can go from zero to Trump in under a minute. But even after acknowledging the tough position Obama has been in, I still think he could’ve spoken up more, especially on issues dealing with the people who defend him on a constant basis.

We all heard Obama say that he is the president of America, not just black America. I’d argue that he chose to be the president of black America when it was time to rally for Hillary Clinton and during that one Father’s Day speech. But you can’t be the black president only when it's convenient. I acknowledge his speeches after Trayvon Martin’s death and his eulogy for the victims of the Emanuel African Methodist Episcopal Church shooting in Charleston, South Carolina.

I personally, however, would have also liked to have heard harsher critiques on the unfair hiring practices that still exist, the racist members of Congress who wouldn’t work with him and our nation's police problem. We may be getting his insight on that soon. I just hope it’s not too late.

Obama recently sat down with Doris Goodwin for lengthy Vanity Fair interview in which he stated there are “things . . . that in some ways I suspect I’m able to do better out of this office.” He didn’t offer any language that alluded to addressing black people's problems, but it seems like he’s going to take stronger positions in an effort to support us little people once he's not president anymore. We needed that over the last eight years, too — or at least over the last four.

Obama's post-presidency plans reminds me of those dudes from the neighborhood who would always pop up magically at the end of fights, yelling, “I woulda kick his ass! I woulda stomped him out! I woulda held him down!” At first you think they are your best allies, until the day that magic doesn’t work and they are presented with a confrontation. In EAst Baltimore when people fail to back up all the claims that they've made, we call them Woulda Guys because they never do anything other than talk about what they woulda done. I hope that Obama won't become a Woulda Guy, talking about what he woulda done for black people after he leaves office.

Obama changed the world and I support him — not because of policy or ideology but because I’m black and my family would proudly disown me if I didn’t. All jokes aside, Barack Obama has been a great president and I even though I wish many things about his terms in office had gone differently, I respect what he has accomplished. I'm sure we are going to wish he was still in the Oval Office over the next four years.