America needs evangelicals in office: Can Esther's List get more conservative Christians on the ballot?

Dismayed by the partisan tensions within the GOP, a young African American leader wants people of faith to run 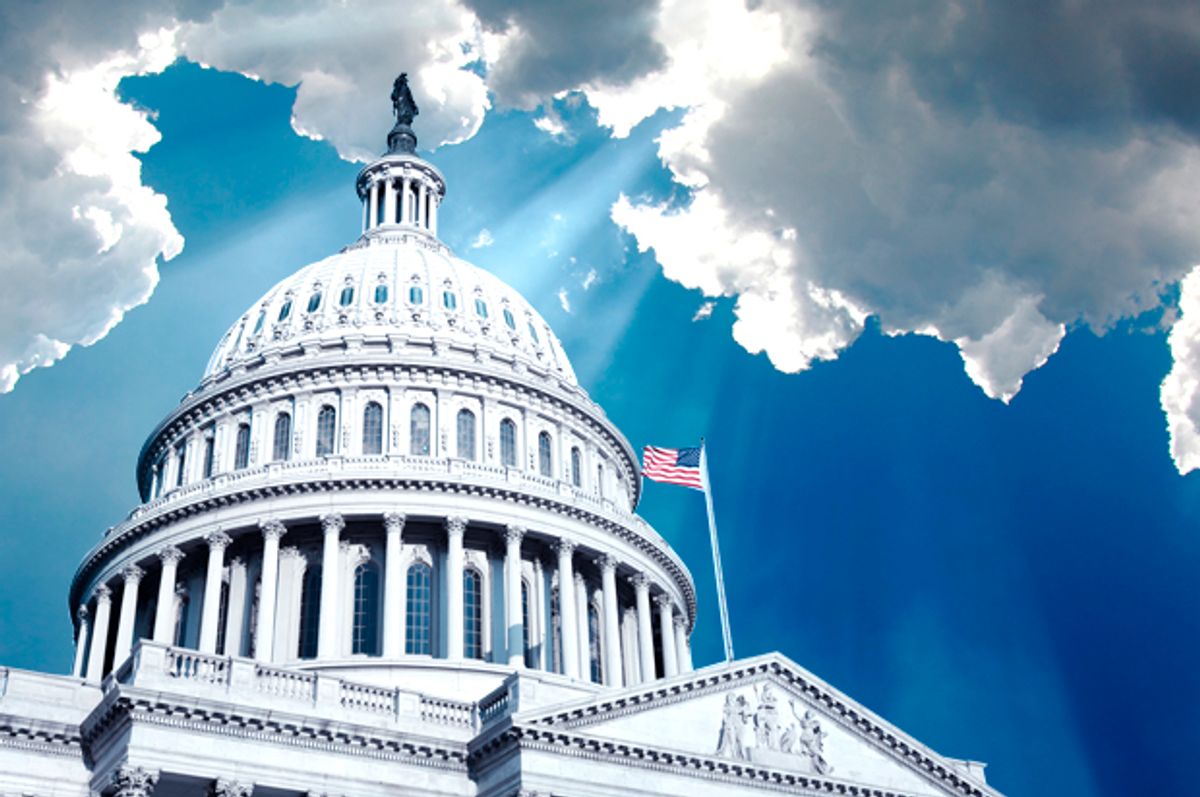 My good friend and fellow conservative Demetrius Minor and I were often ripping our hair out during this tumultuous 2016 cycle. He is an African-American radio host, author and rising millennial political pundit who has dedicated his life to public service. He’s a member of the national advisory council of the Project 21 black leadership network and interned in the George W. Bush White House. Minor, who group up in a liberal family, has spent many hours writing, thinking and debating on public policy issues, concluding that the best course is for the country to lean right.

Yet neither of us could get behind presidential candidate Donald Trump from a cultural perspective, even if we might have agreed with him on most of his policies and those advocated for by the Republican Party. We were dismayed by the rise of the alt-right, especially on a personal level for Minor as a young black man. We were torn by this tension — we wanted conservative Supreme Court nominees, we wanted Speaker Paul Ryan to advance his agenda with a Republican president and we didn’t want four more years of leftist thinkers in the White House.

But we just couldn’t throw our support behind Trump’s rhetoric and the culture he fomented at this rallies and on social media. Minor spoke out about how he opposed Trump on moral grounds, even if it meant he stood alone.

Minor is also a man of faith. He is a graduate of the Pentecostals of Alexandria Minister’s Training Center and serves as a ministerial assistant at First United Pentecostal Church in Augusta, Georgia. In his autobiographical book “Preservation and Purpose: The Making Of A Young Millennial and A Manifesto for Faith, Family and Politics,” he discusses his faith journey, continuing the vibrant, African-American pastoral tradition. This tradition is certainly strong among progressives, and it’s admirable that Minor is boldly standing for his principles. He’s a rebel with a cause.

Yet like many Americans, he’s understandably exhausted by the partisan war that just ripped apart the conservative movement, upsetting many people of faith who are animated by principles of brotherhood, compassion and mercy.

“Statistics show that there have been millions of Evangelicals who have chosen not to vote and be involved in the political process,” Minor recently wrote. “This is disturbing, seeing that both major political parties have contributed to the moral decay of our society. . . . Regardless of who is in power, it is imperative that Christian leaders hold them accountable by implementing their own voices of morality and principles into the political process.”

Enter in Minor’s new initiative: Esther’s List. It’s a newly-created Political Action Committee (PAC) intended to elect Christian conservatives nationwide to federal, state and local offices. Named after Queen Esther in the Bible — a figure who saved the Jewish people from annihilation — Minor’s hope is that the PAC will serve as a counterbalance to the liberal financial powerhouses like EMILY’s List.

Minor’s partner is Donnie Copeland, a pastor and chairman of Esther’s List. A candidate for Arkansas Lieutenant Governor in 2010, Copeland served in the Arkansas house of representatives from 2014 to 2016 and ran for a state senate seat in 2016. Copeland is the past executive director of Arkansas Faith and Freedom, a member of the executive committee for the Republican Party of Arkansas and founder and chair of METRO, a non-profit organization working to alleviate poverty.

While obviously our country was founded on the unshakeable and innovative separation of Church and State, Esther’s List is an important step in reviving an ethical approach to political dialogue. Yet as a secular conservative who falls more in line with the Deism of Thomas Jefferson, I also very much respect the Judeo-Christian heritage that Minor and his team are seeking to keep alive. People of faith around the world are often the most committed to education, healthcare and positive community. Religion is correlated with pro-social behaviors that strengthen social capital. Sadly this social capital has diminished over time among many American communities, as shown by Harvard's Robert Putnam and other scholars.

It’s undeniable that Judeo-Christian roots are behind the phenomenal success of America’s democratic capitalism. And the Christian principles of charity, compassion and forgiveness are sorely lacking in today’s divided political season. It makes sense to want to bolster the healthy parts of America’s Christian tradition. Esther’s List is a positive start toward that end.