Rust Belt voters may like Trump's anti-NAFTA stance, but that may cause problems in the South 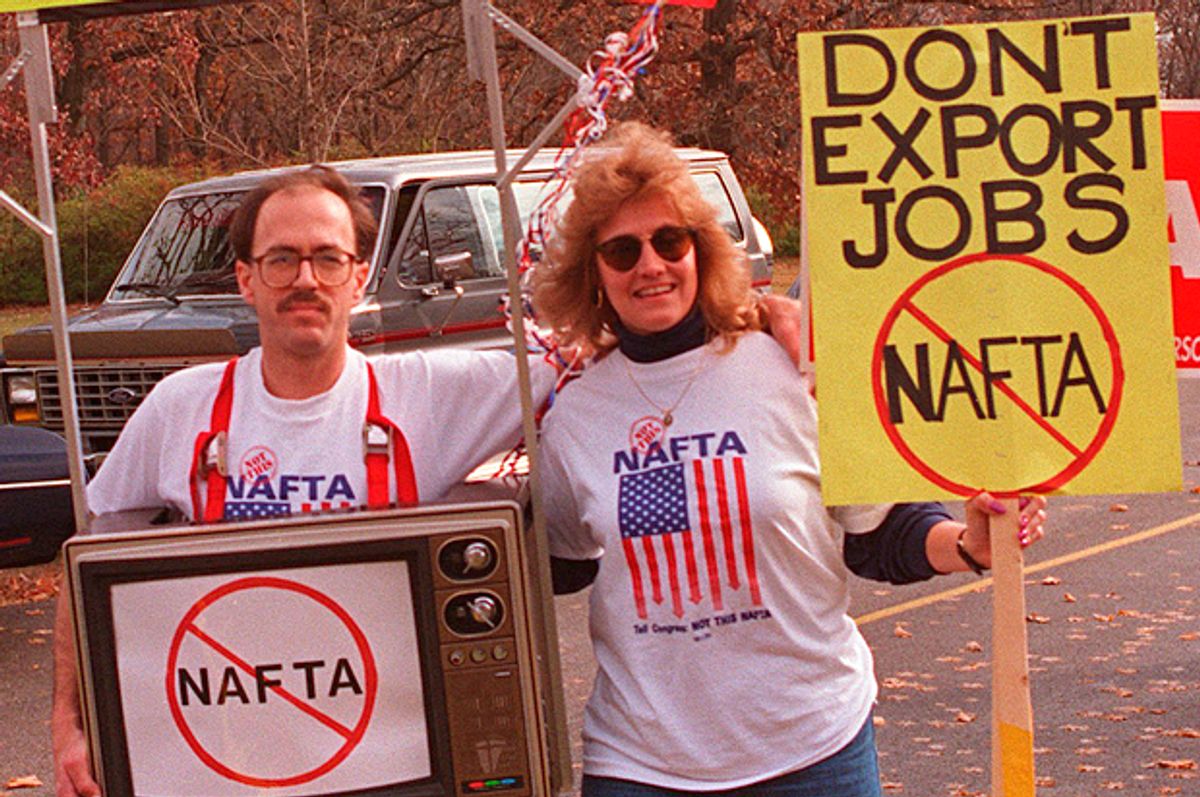 LAREDO, Texas — Donald Trump's campaign promise to abandon the North American Free Trade Agreement helped win over Rust Belt voters who felt left behind by globalization. But the idea is unnerving to many people in cities on the U.S.-Mexico border.

Communities such as Laredo and El Paso in Texas or Nogales in Arizona have boomed under the 1994 treaty.

Pete Saenz is mayor of Laredo. He says free trade across the border is the "backbone" of this city of 255,000 people.

Trump's only visit to the border while running for president was a stop in Laredo that lasted less than three hours.

Donald Trump From The Wires Nafta