Since Melania doesn't seem to want the gig, Ivanka is rumored to be moving into her office 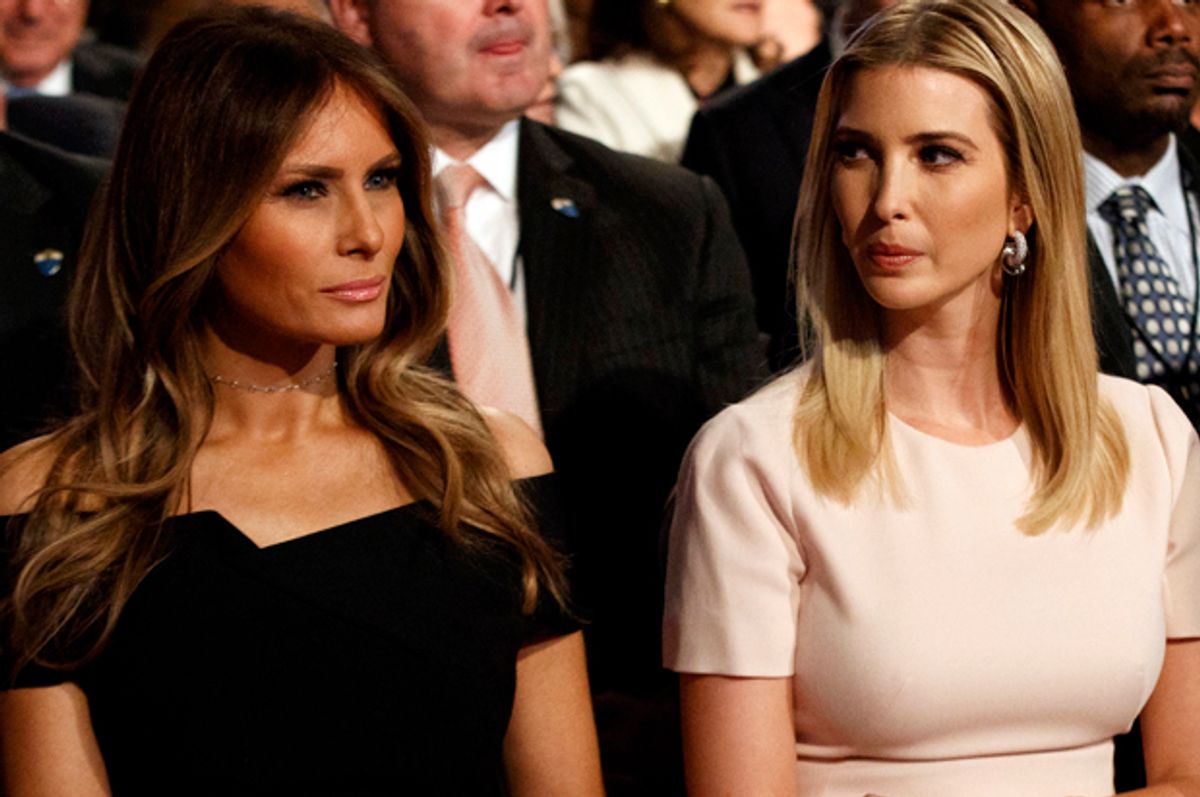 With Melania Trump seemingly uninterested in having anything to do with her husband's administration, Donald Trump's transition team is rumored to be transferring the role of first lady to the first daughter.

Since Trump became president-elect, Ivanka, 35, has represented her father on both women's issues — in a phone call with Nancy Pelosi — and climate change — in a meeting with former Vice President Al Gore.

Ivanka stands well to the left of her father particularly on the issue of climate change, which the president-elect believed to be a hoax "created by and for the Chinese in order to make U.S. manufacturing non-competitive."

"Ms. Trump [is] poised to be perhaps the most influential first daughter since Alice Roosevelt Longworth," wrote The New York Times earlier this month.

Days later, it was discovered Ivanka, with husband Jared Kushner — himself poised to hold an influential, albeit ambiguous, role in Trump's Cabinet — was house hunting in Washington, D.C.

Most recently, Ivanka is rumored to be moving into an office in the White House reserved for the first lady, according to CNN's Sarah Murray:

"This is false," Trump spokeswoman Hope Hicks told The Hill. "No decisions regarding Ivanka's involvement have been made."

Trump announced on Twitter earlier this week that he'd be handing over control of his company, the Trump Organization, to his two eldest sons, Donald Trump Jr. and Eric Trump.

Last month, Trump's attorney, Michael Cohen, told CNN that the president-elect's three eldest kids — including Ivanka — would be at the helm of his "blind trust."