Born of slavery, the Electoral College could stand against racism in 2016 — and stop Donald Trump

Part of the Electoral College's original purpose was to protect slave-state power. Will it redeem its history now? 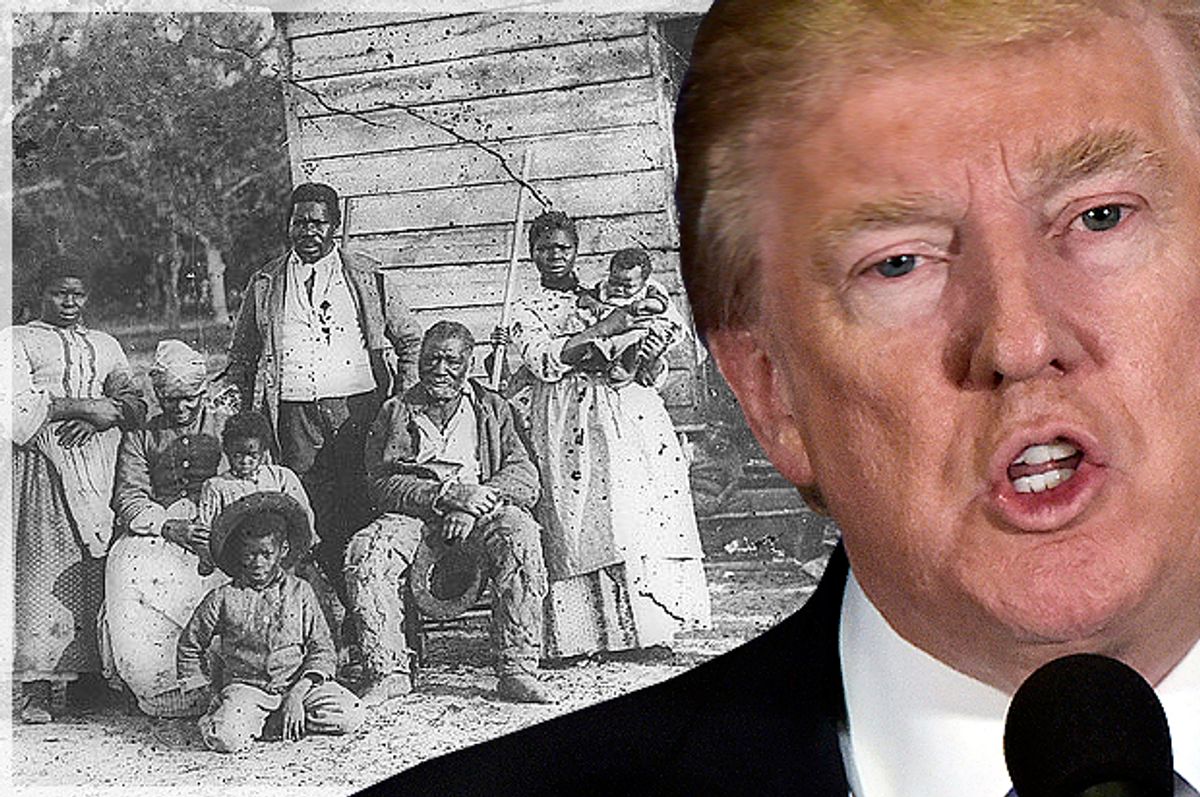 History often comes full circle. It can be darkly ironic as well. The Electoral College, an institution that helped to protect the white supremacist ignominy of black chattel slavery could now become the instrument used to stop Donald Trump, the avatar of contemporary white racism.

Politics and history are messy and complicated. Many people prefer simple stories about America’s past and present. In the flat version of history, the Electoral College was created in the 18th century by the Framers as a council of elders who would serve as a check on the passions of the public, because they understood how such feelings could all too easily sweep through a democracy like a forest fire if left unchecked.

In reality, the Electoral College was part of a larger compromise that tried to balance the economic interests of different regions as well as the competing desires of various elites. That compromise created a hybrid federal system of government that gave equal representation to each state (in the Senate) but also allowed for representation on the basis of population (the House of Representatives).

America was also a racialized “democracy” where several million black people would eventually be owned by whites as human property. The enslavement, exploitation, rape, and destruction of black bodies were the economic engine that drove the American economy. Thus, by both design and intent, the United States Constitution was a pro-slavery and pro-Southern document. The Electoral College was central to maintaining America’s white supremacist slavery regime.

[James] Madison knew that the North would outnumber the South, despite there being more than half a million slaves in the South who were their economic vitality, but could not vote. His proposition for the Electoral College included the “three-fifths compromise,” where black people could be counted as three-fifths of a person, instead of a whole. This clause garnered the state [of Virginia] 12 out of 91 electoral votes, more than a quarter of what a president needed to win.

“None of this is about slaves voting,” said [legal scholar Paul] Finkelman, who wrote a paper on the origins of the Electoral College for a symposium after Gore lost [in the 2000 election]. “The debates are in part about political power and also the fundamental immorality of counting slaves for the purpose of giving political power to the master class.”

If the system’s pro-slavery tilt was not overwhelmingly obvious when the Constitution was ratified, it quickly became so. For 32 of the Constitution’s first 36 years, a white slaveholding Virginian occupied the presidency.

Southerner Thomas Jefferson, for example, won the election of 1800-01 against Northerner John Adams in a race where the slavery-skew of the electoral college was the decisive margin of victory: without the extra electoral college votes generated by slavery, the mostly southern states that supported Jefferson would not have sufficed to give him a majority. As pointed observers remarked at the time, Thomas Jefferson metaphorically rode into the executive mansion on the backs of slaves.

The 1796 contest between Adams and Jefferson had featured an even sharper division between northern states and southern states. Thus, at the time the Twelfth Amendment tinkered with the Electoral College system rather than tossing it, the system’s pro-slavery bias was hardly a secret. Indeed, in the floor debate over the amendment in late 1803, Massachusetts Congressman Samuel Thatcher complained that “The representation of slaves adds thirteen members to this House in the present Congress, and eighteen Electors of President and Vice President at the next election.” But Thatcher’s complaint went unredressed. Once again, the North caved to the South by refusing to insist on direct national election.

This contradiction between slavery and freedom would require a civil war (which in many ways was a second founding) and the deaths of 750,000 Americans to partially resolve.

For various reasons, the relationship between chattel slavery and the Electoral College is not widely understood by the American public. The Electoral College can be seen as a vestigial organ on the American body politic that, like an appendix, can be ignored until something goes horribly wrong. In this case, that means when the popular vote is thwarted, as with the infamous Bush-Gore election in 2000 (and again this year). More generally, most white Americans have still not come to terms with the way slavery and white supremacy are central to the country’s history and not a mere inconvenience or asterisk on it.

The Electoral College could choose to deny Donald Trump the presidency on several grounds. Because of his refusal to sell off his assets and to stop doing business abroad, Trump is in clear violation of the Emoluments clause of the Constitution, which forbids the president from financially profiting from the power of his office.

Second, Donald Trump may have encouraged a foreign power, Russia, to interfere with the presidential election. As reported by the Washington Post last Friday, the CIA now believes that Russian intelligence agents or their proxies interfered with the American presidential election with the goal of electing Donald Trump and undermining Hillary Clinton. That alone should disqualify the president-elect from office. As explained by Alexander Hamilton in "Federalist No. 68," this is the very scenario from which the Electoral College was designed to protect the United States:

Nothing was more to be desired than that every practicable obstacle should be opposed to cabal, intrigue, and corruption. These most deadly adversaries of republican government might naturally have been expected to make their approaches from more than one quarter, but chiefly from the desire in foreign powers to gain an improper ascendant in our councils. How could they better gratify this, than by raising a creature of their own to the chief magistracy of the Union?

One of the redeeming features of America’s political culture is an ability to learn from the past and to view democracy as a work in progress. This long arc of progress does bend, sometimes upwards and at other times downward. But in total the United States has shown a remarkable ability to expand its understanding of democracy and personal liberty — even though the election of Donald Trump represents a significant deterioration.

In these dark moments, hopes and dreams are powerful acts of personal resistance. To that end, we can hope that the Electoral College will stop Donald Trump when it convenes in the state capitals on Dec. 19. Under the Constitution, the electors are free to stand against the bigotry and racism of Trump. They are much more likely, of course, to defer to their historic origins as defenders of those heinous traditions.