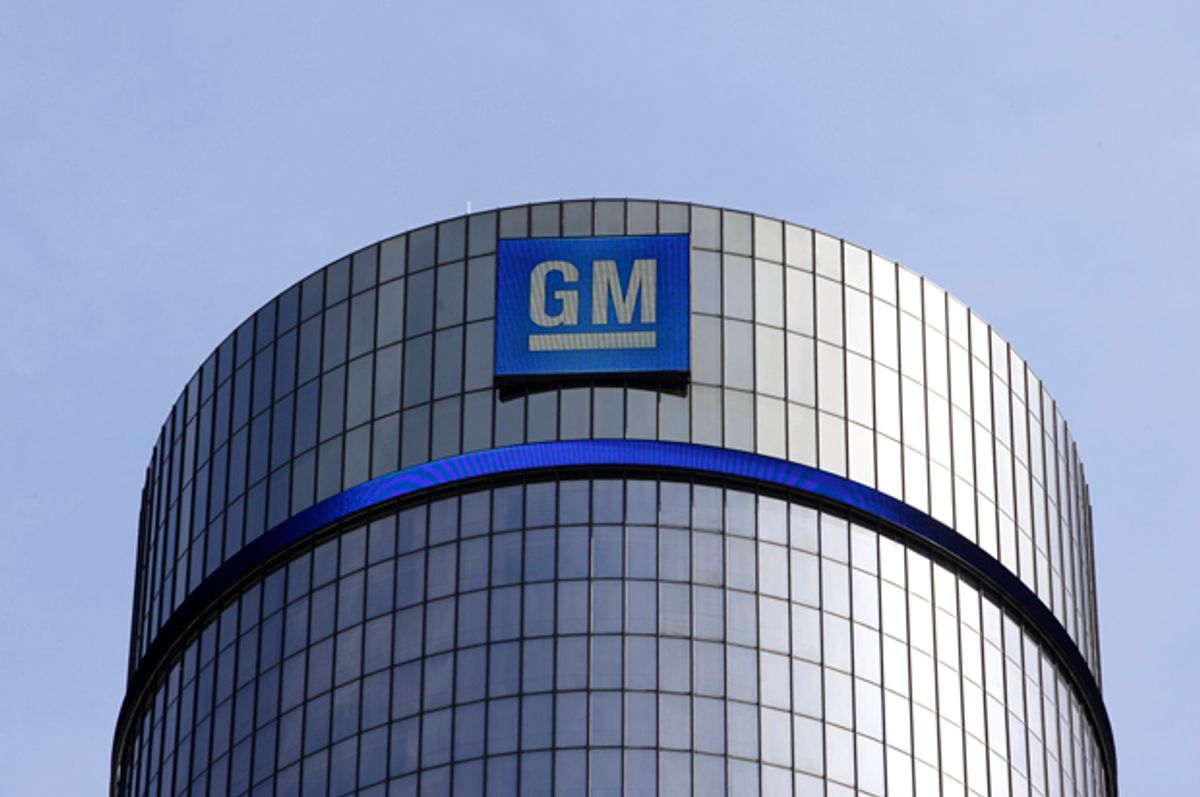 When a company reorganizes itself through a bankruptcy, is it the same company? And if so, is it liable for alleged wrongdoing committed by the previous version of itself?

These are questions raised by General Motors' efforts to dodge hundreds of lawsuits related to a potentially fatal ignition-switch flaw in millions of its older sedans. After receiving a stinging defeat in a federal appellate court this past summer, the automaker is now making a Hail Mary pass to the U.S. Supreme Court to try to convince judges that it has reincarnated into a seven-year-old car company free of liabilities from its previous life.

With potentially billions of dollars’ worth of personal and financial injury claims at stake, the Detroit automaker’s lawyers argue that allowing these lawsuits to go through would undermine an important aspect of corporate bankruptcy: giving assurance to the buyers of troubled companies that they aren’t also buying a whole bunch of unexpected legal headaches.

But in GM’s case there was no outside buyer. It essentially bought itself (with taxpayer money) in the wake of the mortgage-lending crisis that tipped the nation into recession and steered the American auto industry into a ditch.

With the blessing of a federal judge, GM initiated in 2009 a so-called 363 Sale, named after a code in corporate bankruptcy that has a “free and clear” doctrine that absolves buyers legal liabilities.

Mark Roe, a Harvard Law School professor who specializes in corporate bankruptcy, says GM’s use of the 363 Sale process doesn’t conform to the reason why the doctrine exists.

“The GM sale was not a true third-party sale,” Roe told Salon. “It was General Motors selling to a reorganized version of itself. The factories were the same, the employees were the same. There isn’t the same reason to protect a third-party buyer.”

The liabilities GM is trying to dodge pertain to a faulty ignition switch in 2.6 million of its older sedans linked to at least 124 deaths and at least 275 injuries, some of them severe. The switch can slip out of place while the vehicle is in motion, shutting off the engine and cutting power to steering, brakes and airbag systems. GM has already paid out about $2 billion in criminal and civil claims since the flaw was made public more than two years ago, but since the defect includes cars manufactured as far back as 2000, many of the injuries occurred prior to GM’s 2009 reorganization.

Last year, U.S. Bankruptcy Judge Robert Gerber — the same judge who oversaw the company’s 2009 bankruptcy — ruled in favor of GM on the “free and clear” doctrine. But in July, a three-judge panel at the 2nd U.S. Circuit Court of Appeals in New York overturned Gerber’s decision, saying the people injured by this ignition switch flaw deserve a chance to have their day in court based on the constitutional right to due process. The U.S. Supreme Court isn’t expected to respond to GM’s petition, which was sent on Tuesday, until sometime next year.

"This case presents exceptionally important questions, and the Second Circuit's answers were exceptionally wrong," GM's lawyers said in the petition obtained by Reuters.

Lawyers representing these plaintiffs argue that their clients don’t lose their constitutional right to due process simply because GM deployed a code in the bankruptcy law, and the 2nd U.S. Circuit Court of Appeals agrees.

GM argues that top executives at the company weren’t aware of the flaw until January 2014, when newly appointed CEO Mary Barra, a lifetime GM employee, was filled in on the issue. But the appeals court ruled in July that because some mid-level managers in the company had been aware of the problem for years, GM should have disclosed this during its 2009 bankruptcy proceedings, in accordance to the law.

Roe says that GM deployed a bankruptcy procedure more appropriate for cases when a company is truly selling itself off, not simply reorganizing itself to stay afloat. If GM wasn’t aware of its own litigation risks from its own product, then it should have investigated itself more thoroughly back in 2009.

“General Motors senior management could have sent out a notice saying, ‘if anybody knows of any non-trivial claims, we’re obligated to list them under our bankruptcy petition,'” said Roe. “'We’ve listed what our chief financial officer knows, what our outside attorneys know, but if you know of anything substantial let us know.’ I suspect GM did not do that.”

Last year, GM initiated its own internal claims processing, in which it did accept claims from customers who were injured prior to 2009, but the company has stood firm against allowing any of them to pursue their cases in court. Now GM will wait and see if the U.S. Supreme Court agrees.