Trump continues to send bizarrely anti-factual tweets, while Democrats are simmering to a boil 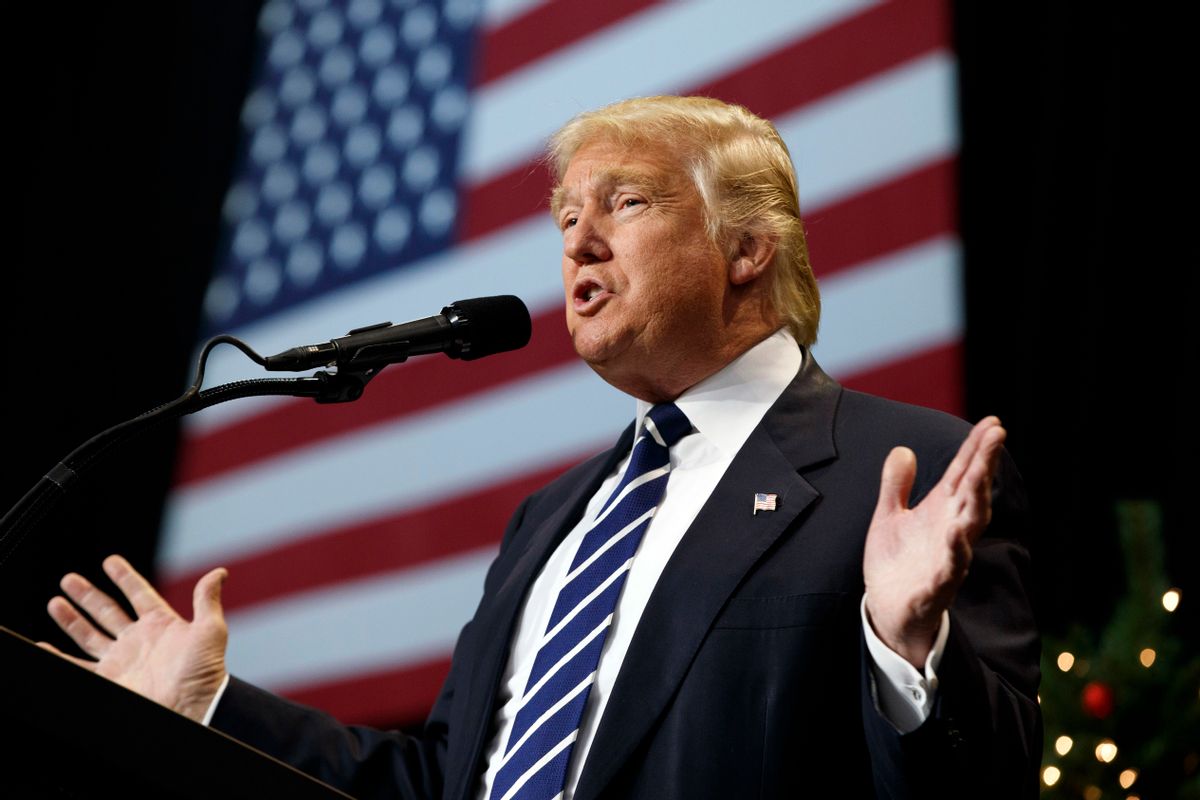 On Friday morning, he took to Twitter, his safe space.

Are we talking about the same cyberattack where it was revealed that head of the DNC illegally gave Hillary the questions to the debate?

Trump's attempted misdirection ignores that, while Democratic National Committee chairwoman Donna Brazile did tip off Hillary Clinton about a question about the Flint water crisis, the controversy is about a foreign government that tried to influence a presidential election to get him elected.

Just a reminder, Trump tweeted this on Monday:

Unless you catch "hackers" in the act, it is very hard to determine who was doing the hacking. Why wasn't this brought up before election?

Meanwhile, former Clinton campaign chairman John Podesta wrote an editorial in The Washington Post on Thursday in which he harshly criticized the FBI for its seemingly partisan behavior in response to the Russian hacks.

"I was surprised to read in the New York Times that when the FBI discovered the Russian attack in September 2015, it failed to send even a single agent to warn senior Democratic National Committee officials," Podesta writes. "Instead, messages were left with the DNC IT 'help desk.' As a former head of the FBI cyber division told the Times, this is a baffling decision: 'We are not talking about an office that is in the middle of the woods of Montana.'"

Podesta goes on to explain, "What takes this from baffling to downright infuriating is that at nearly the exact same time that no one at the FBI could be bothered to drive 10 minutes to raise the alarm at DNC headquarters, two agents accompanied by attorneys from the Justice Department were in Denver visiting a tech firm that had helped maintain Clinton’s email server."

Podesta concludes that "comparing the FBI’s massive response to the overblown email scandal with the seemingly lackadaisical response to the very real Russian plot to subvert a national election shows that something is deeply broken at the FBI."