"Black voters were smart and they picked up on" anti-Hillary Clinton rhetoric, Trump told his mostly white crowd 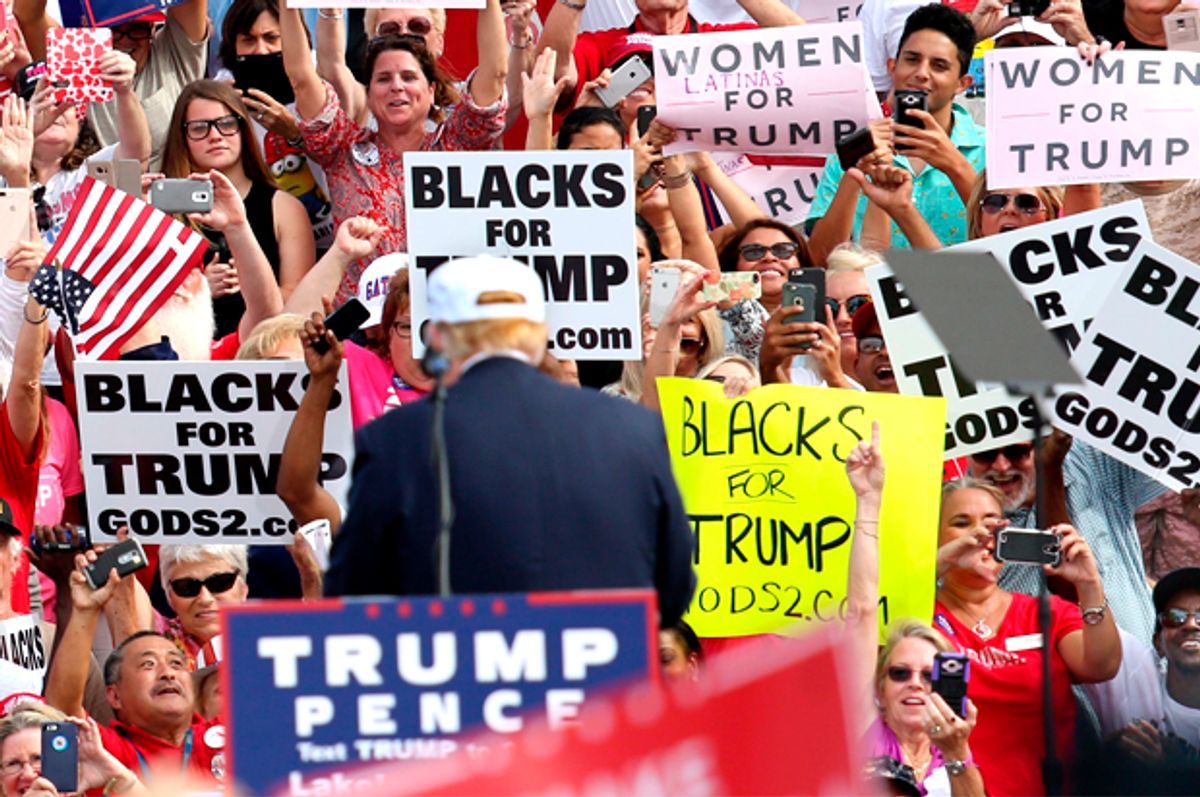 Speaking before what the Associated Press described as a mostly white crowd in Hershey, Pennsylvania, Trump thanked the "smart" African-Americans who "didn't come out to vote."

Trump was the first Republican to win the commonwealth in over 30 years.

In terms of raw votes, that means that roughly 130,000 fewer African-Americans voted in Pennsylvania in 2016 than voted in 2013. Trump won Pennsylvania by less than 45,000 votes.

"That was the big thing, so thank you to the African-American community," Trump said Thursday.

Trump credited his "famous" pitch to black voters: "What the hell do you have to lose?"

His message seemed to imply his belief that black voters were wise to stay home, instead of taking the expected course of voting for a Democratic candidate.

At several points throughout his campaign, Trump called on his rally attendees to organize themselves into vigilante election-integrity monitors at polling places in “certain areas."

A judge was later forced to smack down Pennsylvania Republicans' attempt to have so-called citizen poll-watchers from across the state to flood urban polling precincts.