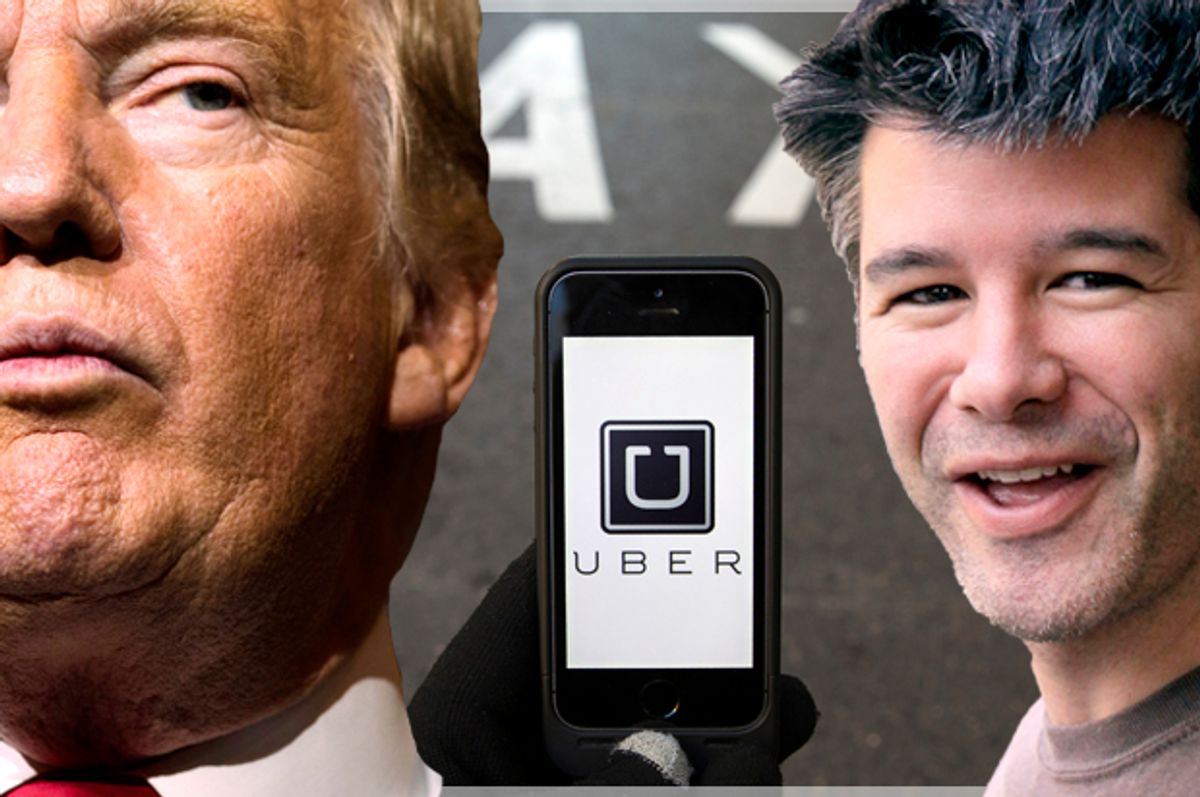 Earlier this month, Donald Trump established something called the President’s Strategic and Policy Forum. This was billed as a group of business and industry leaders who would be “providing their individual views to the President – informed by their unique vantage points in the private sector – on how government policy impacts economic growth, job creation, and productivity.” The advice from this diverse group of millionaire CEOs would help the new president “implement his plan to bring back jobs and Make America Great Again.”

One wonders why Trump needs advice from anyone, since he regards himself as a business genius who built up an amazing company, and not a shameless self-promoter who makes money mostly by slapping his name on a bunch of inferior, gaudy crap. But so long as he is going to pretend to listen to business leaders’ advice on creating jobs, you would think the allegedly populist president-elect would listen to CEOs who have not just done so, but who have consistently given their employees livable wages, health insurance and the economic stability that the Americans who voted for Trump apparently once considered a birthright.

There is Doug McMillon, president and CEO of Walmart, a company with a long and well-documented history of not only taking advantage of cheap foreign manufacturing of the sort Trump supposedly wants to end, but also of paying its American employees so poorly that some of them have to collect welfare to supplement their wages.

There is Bob Iger, chairman of the Walt Disney Company, which in recent years has been accused of outsourcing hundreds of jobs to contractors who brought in much cheaper foreign workers on H-1B visas, and in some cases made the laid-off employees train their replacements.

There are a number of heads of hedge funds and banks, about whom the less said the better.

Travis Kalanick is the head of Uber, the ride-sharing technology company that dared to ask, “What if you could order a gypsy cab on your iPhone?” In its short existence, Uber has, in 21st-century business-speak, “disrupted” the taxi industry by turning anyone with a car into a potential cab driver. While doing so may have increased the company’s valuation to the point where hedge-fund managers are salivating at the possibility of an IPO, this has come at a great cost to workers, both in the traditional cab industry and among those who sign up to drive for Uber.

In its early stages, Uber attracted drivers by claiming its workers were making some eye-popping amounts of money. In early 2014, the company claimed the median salary for full-time, 40-hours-per-week drivers in New York was $90,766 a year. Which isn’t bad, even considering the cost of living in that city. In San Francisco, a full-time driver was said to make $74,191. Since a traditional cab driver – long a blue-collar, non-lucrative job – made around $30,000 on average, one could see how Uber looked poised to blow up the taxi industry.

Then people who do not work for Uber started doing the math. It turns out that because the drivers are contractors who are responsible for the costs of everything associated with their cars – lease payments, gas, maintenance, tolls and so on – the average driver was making a lot less than advertised. Many were barely making the minimum wage, to say nothing of a living wage, particularly in the larger cities where Uber operates.

Because of its use of contractors, Uber was not required to pay drivers anywhere near a living wage. On top of that, it was under no obligation to provide access to a 401(k) or a pension, paid time off, sick leave or health insurance.

So it turned out that Uber drivers were not making more money than the average taxi driver. If anything, many of them are making significantly less. And they are vulnerable to the same lack of protection that millions of other American workers suffer – little economic security, poor access to healthcare, no upward mobility and none of the other benefits implicit in Trump’s promise to bring back well-paid jobs and Make America Great Again.

It is Kalanick and others like him who now have Donald Trump's ear, even after a campaign driven by a promise to help American workers. A program of "economic nationalism" was supposed to be the raison d’être of his senior adviser, Breitbart impresario Steve Bannon. But if any Trump voters were holding out hope that he actually meant any of that stuff, early indications are that they have, unsurprisingly, been suckered.