#DrainTheSwamp: Donald Trump's Cabinet of billionaires is worth more than a third of all Americans 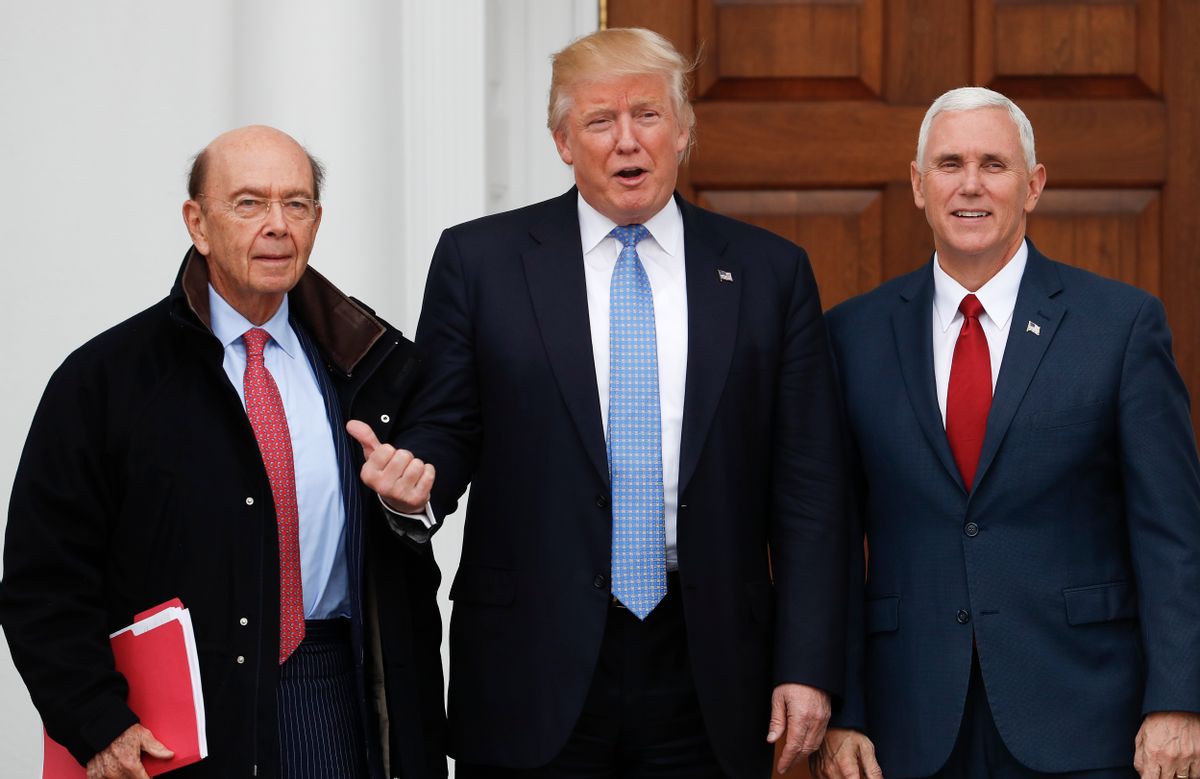 What do Betsy DeVos, Wilbur Ross Jr., Linda McMahon, and Rex Tillerson all have in common?

They are the four wealthiest members of Donald Trump's Cabinet, which has a total net worth that exceeds the combined wealth of more than one-third of all Americans, according to Quartz.

Basing its analysis on the 2013 Survey of Consumer Finances put together by the Federal Reserve, Quartz concluded that, when adjusted for inflation and the natural increase in the number of American households, Trump's 17 current Cabinet picks are worth more than over 42 million households put together.

Then again, roughly 13 percent of American households have zero or negative wealth because of debt.

Ross is a particularly noteworthy character here, as the impending commerce secretary went on the record in 2012 as agreeing with then-Republican presidential nominee Mitt Romney's controversial — and factually wrong — "47 percent" remarks.

"I assume you are aware that he's correct. About 50 percent of Americans do not in fact pay any tax — period," Ross incorrectly told Indian TV station NDTV at the time. "Whether it's good politics or not is a different question, I'm not qualified to judge that. But it is an accurate statement."

Ross also argued that  "a very high percentage of the unemployed people claim disabilities so that they can get more money," that "40-some-odd percent of the ones who claim disability claim sudden mental disability," and that "there's a lot of nonsense that goes on within the social programs."
For clarification, Romney's original statement was:

There are 47 percent who are with him, who are dependent upon government, who believe that they are victims, who believe the government has a responsibility to care for them, who believe that they are entitled to health care, to food, to housing, to you-name-it. That that's an entitlement. And the government should give it to them. And they will vote for this president no matter what. And so my job is is not to worry about those people. I'll never convince them they should take personal responsibility and care for their lives.