Stephen Colbert's take on R.E.M.'s "It's the end of the world as we know it" perfectly sums up how we all felt about 2016 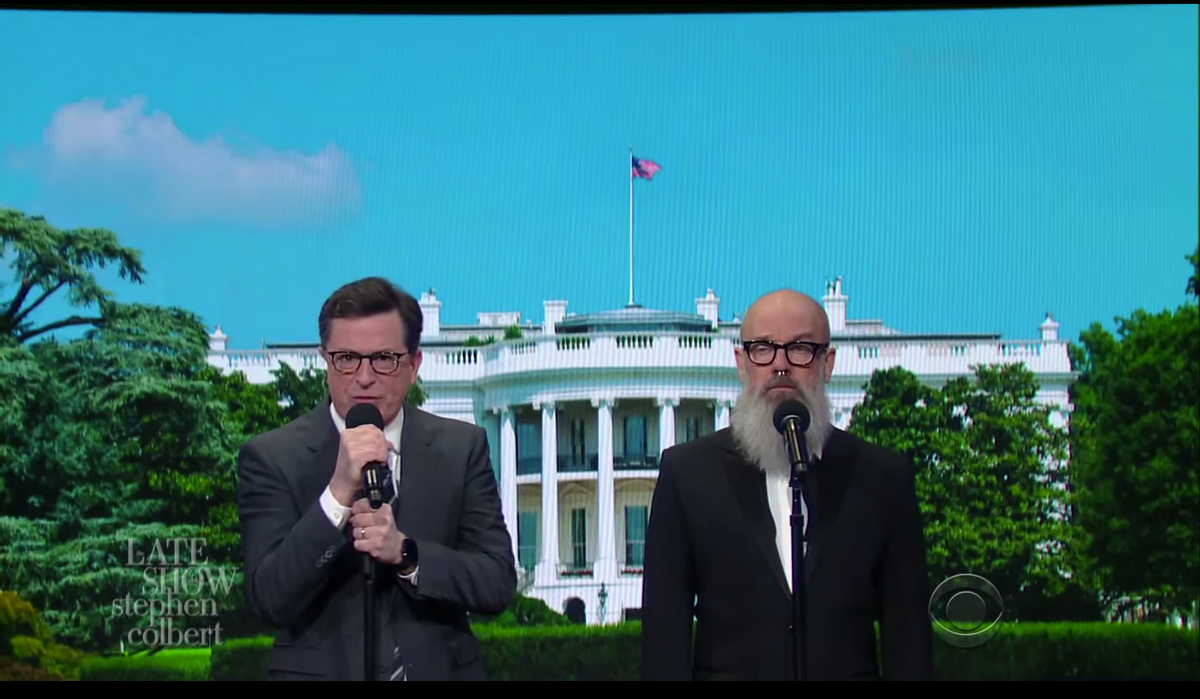 From the Zika virus and Harambe to Donald Trump's pussy-grabbing clip, Stephen Colbert hit the nail on the head in his review of 2016.

The "Late Show" host remixed R.E.M.'s "It's the end of the year as we know it" and sang his own version of the famous song next to ex-R.E.M. lead singer Michael Stipe Thursday night.

"This year's idiotic and chaotic but the end's in sight" Colbert belted into the mic to reassure his viewers.

Colbert's recap of 2016 included events from the lead-laden water in Flint, Michigan to the Bathroom Bill in North Carolina. The R.E.M. rendition was probably only slightly less depressing than your Facebook "Year in review."

Of course, at the heart of Colbert's lyrics was overwhelming references to the 2016 presidential election and president-elect Donald Trump with verses like "a government that's wired with the new alt-right."

"It's the end of the year as we know it, and I feel..." Colbert turned to lead singer of R.E.M. Michael Stipe who just shook his head "no." James Franco joined Colbert and Stipe for a final display of fireworks on the screen behind them.