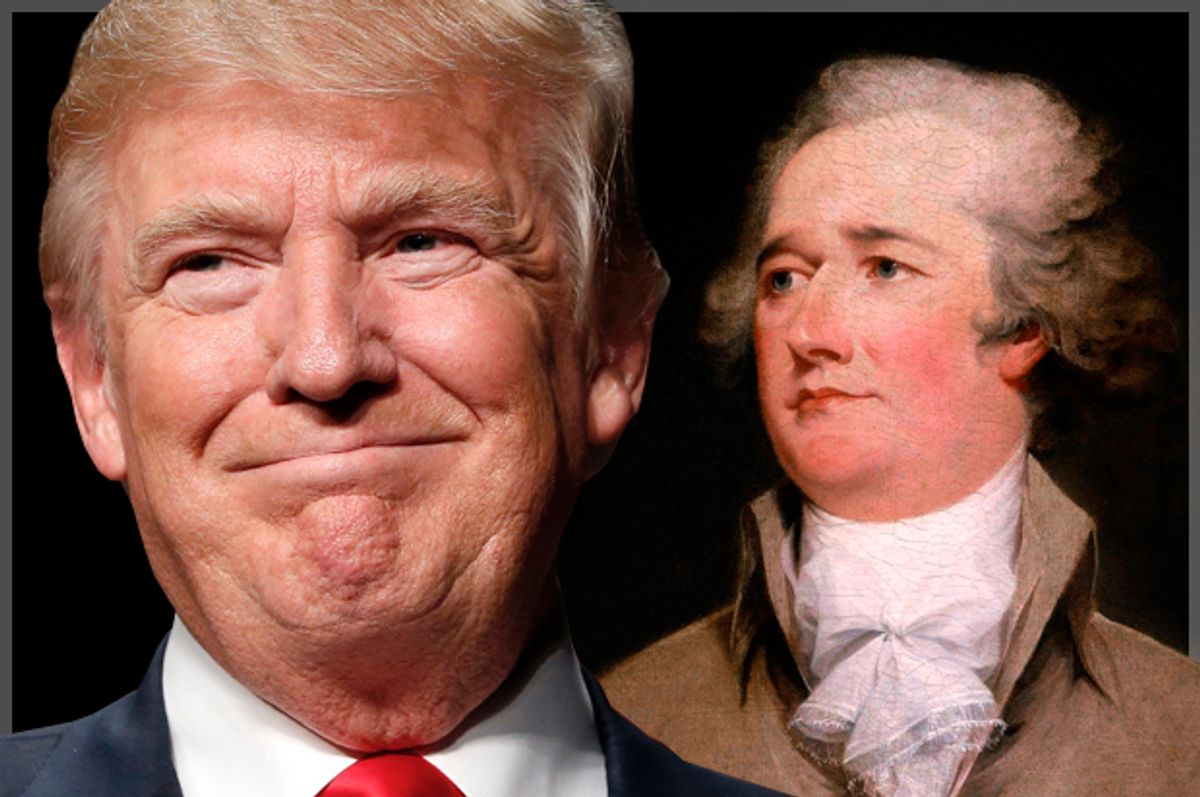 In 1776, there were 56 brave Americans who stood up to a tyrant despite the risk to their lives, their fortunes, and their sacred honor. 240 years later, America faces another potential tyrant, President-elect Donald Trump, but this time it will only take 37 men to thwart him — out of the 306 Republican electors, that is.

The Hamilton Electors, a group led by Democrats with serious reservations about Trump, perceive that his improper relationship with Russia and numerous character flaws (such as his copious conflicts of interest) render him unfit for office.

They point to Alexander Hamilton's Federalist Paper No. 68, and are urging Republican electors to back a moderate Republican alternative who would promise to put country over party. If they succeed in peeling off enough Republican electors to deny Trump the 270 minimum he needs to automatically become president — that is, 37 out of 306 — the election will be sent to the House of Representatives, where one of the top three electoral vote recipients will have to be chosen by the states.

So how close are the Hamilton Electors?

"There have been three groups reaching out to Republicans," said Harvard law professor Lawrence Lessig in a conference call on Thursday. "One of them is the one that I helped found, which is the Electors Trust, but the most active has been led by a guy named R. J. Lyman. R. J. Lyman was on CNN with me two afternoons ago. What he described is the process he's been going through reaching out to electors and in his judgment he identified 17 people who were seriously considering a vote of conscience. So that 17 is added to what could be up to 12 from the other two groups, but I've estimating it down."

When asked if there is any overlap between the two groups, Lessig said that he wasn't sure. Reports indicate that anywhere from 17 to 29 Republican electors are thinking of defecting — short of the 37 required to potentially stop Trump, but large enough to be promising for those hoping for such an outcome.