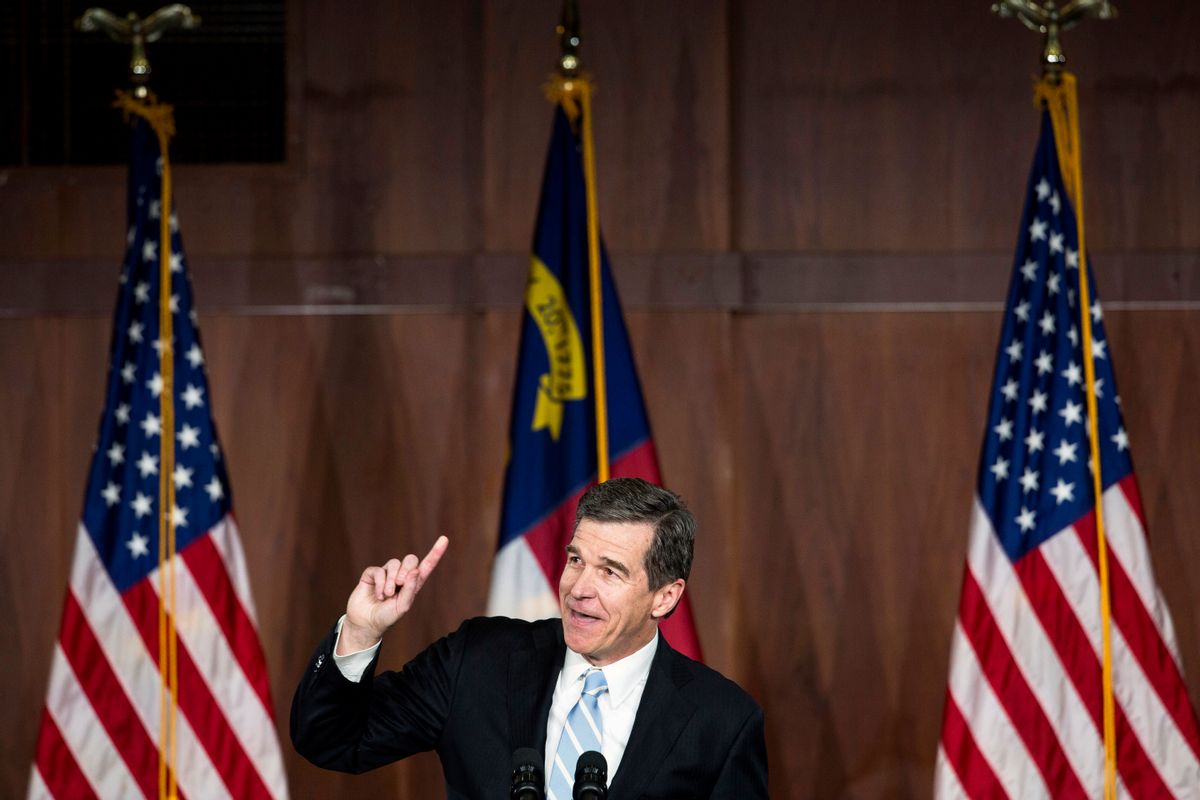 North Carolina's incoming Democratic governor is vowing to fight back against what he called an unprecedented effort the Republican-led state legislature to strip his powers before he takes office.

"Most people might think that this is a partisan power grab, but it is really more ominous," Governor-elect Roy Cooper said at news conference in Raleigh Thursday after Republicans called a special session to introduce a host of new restrictive bills. "This is about thwarting the governor's ability to move us forward on education and health care and clean air and water."

Cooper attacked Republicans who pushed to pass major changes to the state's laws "in the dark of night with little debate."

On Thursday, North Carolina's Republican-led senate passed a bill overhauling the state board of elections, allowing Republican Party appointees to chair the board during election years. The bill passed by a 30-16 party-line vote.

Republicans in the house also passed a bill that will reduce the number of jobs appointed to the governor from 1,500 to 300, and make Cabinet picks subject to state senate approval. Once again, it was a party-line vote, this time passing by a 70-35 margin.

Republicans hold a supermajority in both chambers.

Cooper said during his press conference that he hadn’t even had time to fully review the bills on offer.

"They will see me in court and they don't have a good track record there," said Cooper, currently the state's attorney general.

In his first national television interview since winning the election, Cooper later told MSNBC's Chuck Todd that Republicans' rush to pass this raft of bills "goes far beyond political power."

"One of the reasons they want control of my appointments to revenue and commerce," Cooper explained of Republican legislatures, "is because they want big tax cuts for corporations at the expense of the middle class."

"I'll work with them on issues, but I've got principals too," he declared. "When it is time to fight, we'll fight."

Cooper sayid that he hopes McCrory vetoes the Republicans' raft of legislation "because it is wrong in and of itself."

“We're still looking at it all. The whole process of how they called themselves into this second special session is questionable,” the governor-elect said. “So potentially everything that they do at this point is unconstitutional.”

Legal experts that spoke with Politico, however, suggested Cooper has no obvious legal claim.

Western Carolina University political science chair Chris Cooper told WLOS that he believes the Republicans effort will have a huge impact on the incoming governor's ability to influence policy.

"What this will do is make him even less powerful," Chris Cooper said. "He will become, overnight perhaps, the least powerful governor in the country."