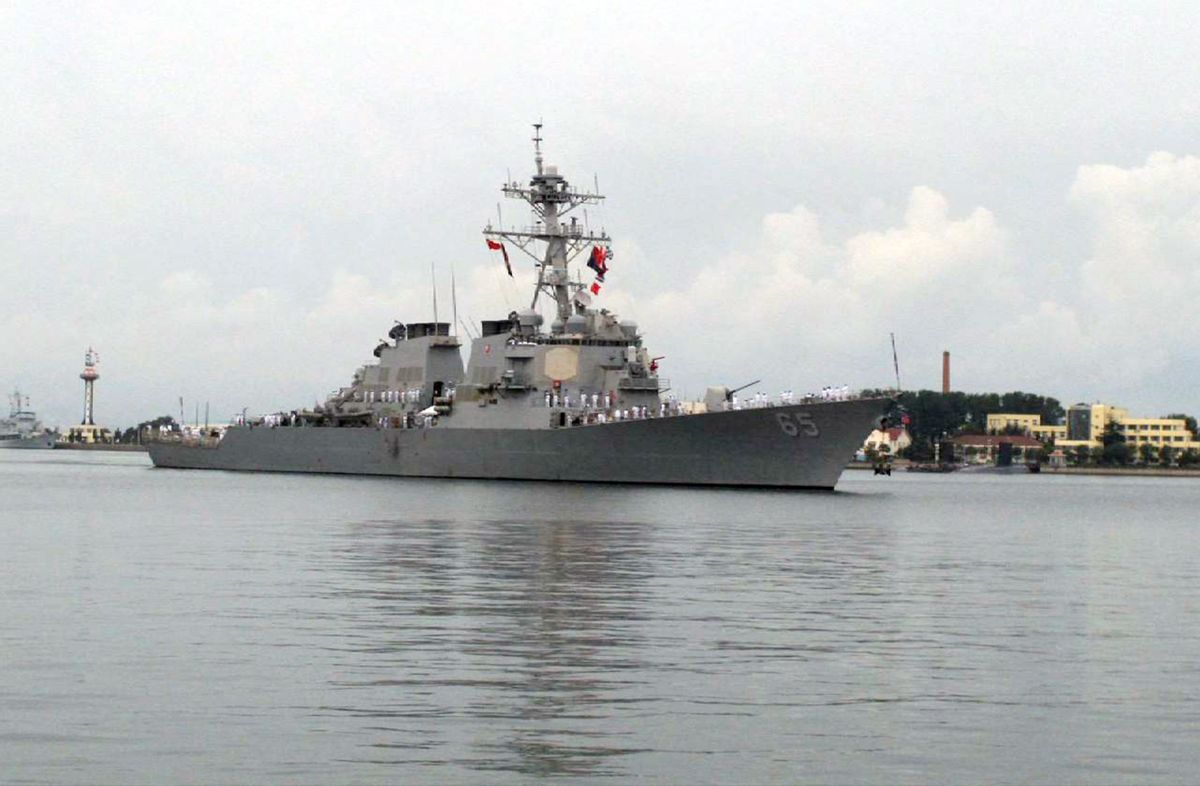 BEIJING — China said Saturday that its military was in contact with its American counterparts on "appropriately handling" the Chinese navy's seizure of a U.S. Navy unmanned underwater glider, one of the most serious incidents between their militaries in years.

The one-sentence comment by the foreign ministry offered no details on what discussions were underway or why China on Thursday seized the drone, which, according to the Pentagon, was being operated by civilian contractors to conduct oceanic research. The U.S. said it issued a formal diplomatic complaint over the seizure and demanded the drone's return.

"According to (our) understanding, the U.S. and Chinese sides are working on appropriately handling this matter through channels between the two militaries," the foreign ministry said in its statement, which was faxed to The Associated Press.

China's defense ministry did not immediately respond to questions on the issue.

The drone was seized while collecting unclassified scientific data about 92 kilometers (57 miles) northwest of Subic Bay near the Philippines in the South China Sea, which China claims virtually in its entirety, Navy Capt. Jeff Davis, a Pentagon spokesman, said Friday .

Davis said that the incident could be the first time in recent history that China has taken a U.S. naval vessel. Some observers have called it the most significant dispute between the sides' militaries since the April 2001 mid-air collision between a U.S. Navy surveillance aircraft and a Chinese fighter jet about 110 kilometers (70 miles) from China's Hainan island that led to the death of a Chinese pilot.

"It is ours. It's clearly marked as ours. We would like it back, and we would like this not to happen again," Davis told reporters. He said the drone costs about $150,000 and is largely commercial, off-the-shelf technology.

Whatever the outcome, the incident is likely to fray the already tense relations between U.S. and China. Beijing was angered by President-elect Donald Trump's decision to talk by phone with Taiwanese President Tsai Ing-wen on Dec. 2, and by his later comments that he did not feel "bound by a one-China policy" regarding the status of Taiwan, unless the U.S. could gain trade or other benefits from China. China considers the self-governing island its own territory to be recovered by force if it deems necessary.

There also have been increased tensions over Beijing's ongoing military buildup in the South China Sea, mainly the development and militarization of man-made shoals and islands aimed at extending China's reach in the strategically vital area through which about $5 trillion in global trade passes annually.

In one of the few reports in state media about the drone's seizure, a newspaper published by China's ruling Communist Party cited an unidentified military official as saying that a "smooth resolution" to the matter is expected.

A Chinese navy ship discovered an "unidentified device" Thursday and was checking on it for the sake of maritime safety, the Global Times quoted the official as saying.

"China has received the U.S. request to return the device, communication is open between the relevant departments of the two sides and I believe this matter will obtain a smooth resolution," the officer was quoted as saying.

In a separate report, the paper quoted retired Chinese admiral Yang Yi as saying China considered itself well within its rights to seize the drone.

"If China needs to take it, we'll take it. (America) can't block us," Yang was quoted as saying.

Yang said he was unsure of the purpose of seizing the drone, but didn't think the matter qualified as a "military conflict." However, he added that the chances of a confrontation had risen following Trump's recent comments, which were seen as testing China's bottom line on Taiwan and other sensitive issues.

"It's natural for us to take possession of and research for a bit these types of things that America sends to our doorstep," Yang said. "The louder they shout, the more their protests ring hollow."