Gov. Cuomo, the MTA, and the New-York Historical Society will team up to save Matthew Levee Chavez's subway project 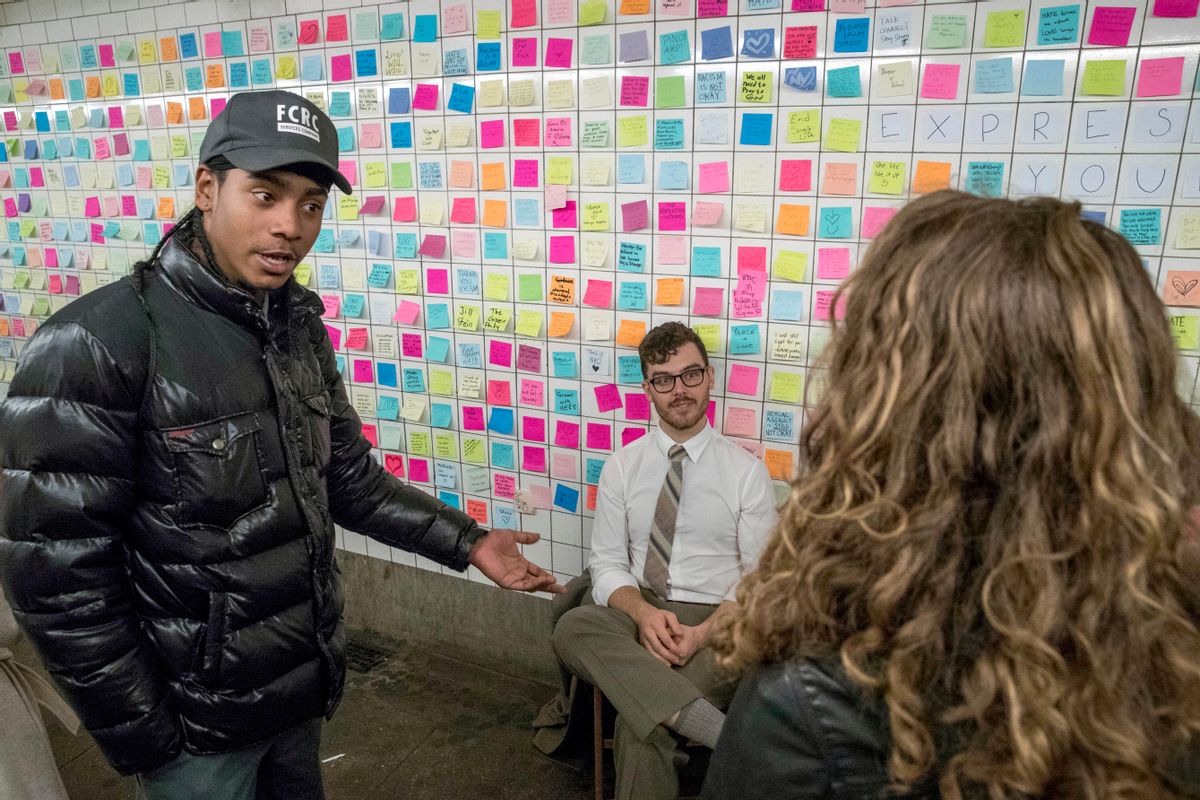 Matthew Chavez, center, who goes by the artist name Levee, talks to commuters about the messages posted on the "Subway Therapy" wall, Friday, Nov. 11, 2016, in New York. Levee started the installation in the underground passageway that connects the 1 train to the L train on 14th St., where people are encouraged to leave their feelings about the presidential election written on Post-It notes. (AP Photo/Mary Altaffer) (AP)
--

New York Governor Andrew Cuomo announced Friday that he would partner with the MTA and New-York Historical Society to preserve the "Subway Therapy" post-it notes.

New Yorkers and tourists alike may have found it hard to move in the 14th Street-Union Square subway station in the weeks following the 2016 presidential election. Crowds of people stopped to look at a rainbow of post-it notes curling against the walls, interrupting the flow of the normal New York hustle and bustle. Subway Therapy was a spontaneous project encouraging people to share their feelings in writing about the election, and was spearheaded by artist Matthew "Levee" Chavez. It will now be historically protected after the notes' removal, which started Friday morning.

"I started the project so people could have a channel to express their thoughts, feel less alone, and also become exposed to opinions different than their own. ‘Subway Therapy’ is about inclusion, stress relief and peaceful expression. I’m thrilled that we have found a way to work together to move the project and preserve it for others to experience in the future," Chavez said in the statement. "New York will always hold the torch high and our partnership with the Historical Society ensures that generations to come will see the moment when New Yorkers united in such a moving way," Cuomo said in a statement. The governor placed his own note in the Union Square station in November.