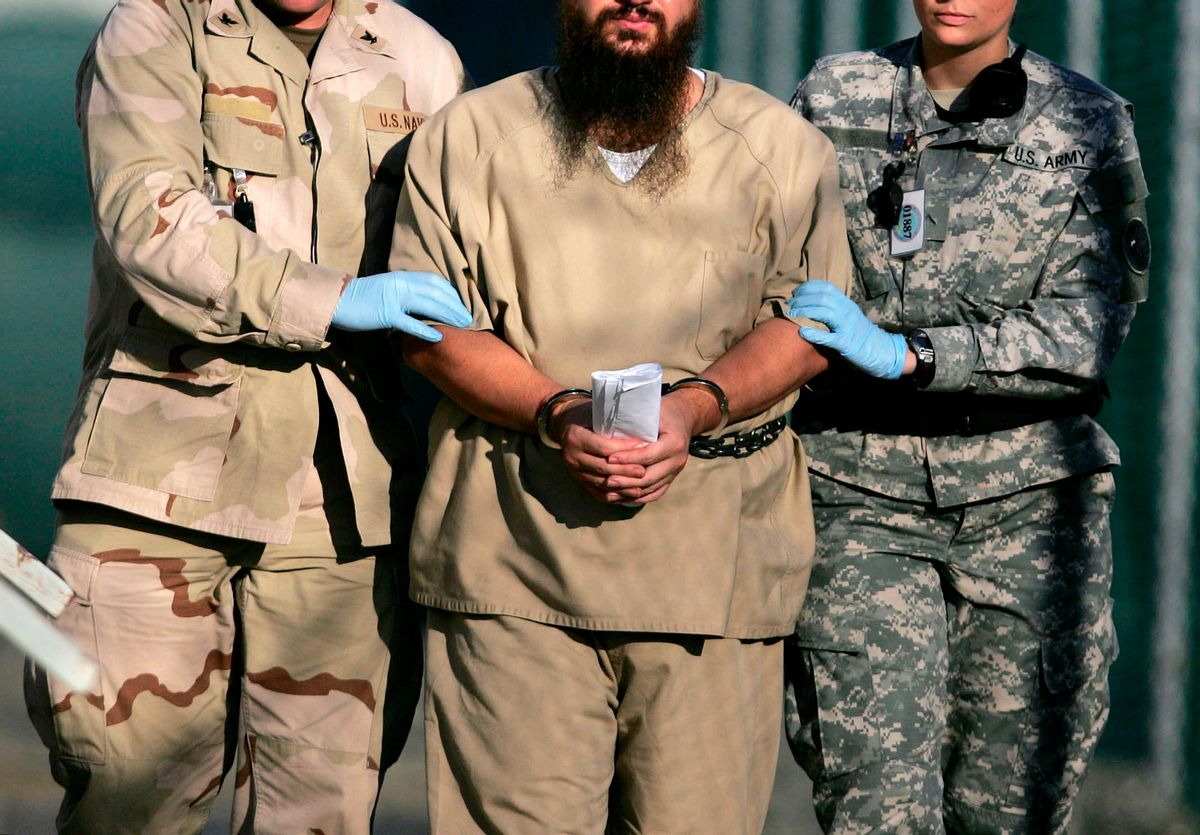 Habeas corpus is your constitutional right to challenge your detention in court if the government imprisons you, including for something like alleged association with terrorist groups. It will be vital during Donald Trump's presidency.

Habeas corpus dates back to the Magna Carta, the famous charter signed by King John of England in the year 1215 that outlined certain inalienable legal rights guaranteed to all people, and began to define the modern concept of citizenship. The founders recognized the inherent value of habeas corpus, and included it in the Constitution before the Bill of Rights even existed.

During the George W. Bush administration, officials attempted to defy habeas corpus by using the War on Terror to justify detaining people without trial, with little regard for evidence or legal precedent. These people ended up in places like Guantánamo Bay or CIA black sites around the world, where detainees endured some of the most horrific forms of torture the American empire has ever practiced. Since then, however, habeas corpus has made something of a comeback as a core American principle.

“After 9/11, the Bush administration engaged in unprecedented detention power by deeming individuals as so-called enemy combatants and treating the world as a battlefield,” Jonathan Hafetz, a law professor at Seton Hall University, told Salon. “Habeas corpus was the primary vehicle by which these practices were challenged.”

“It took years, but the courts eventually upheld habeas corpus rights," said Brandon Garrett, a law professor at the University of Virginia. "By then, the Obama administration was willing to transfer prisoners that the courts said never should have been detained in the first place.”

Habeas corpus made it possible for Guantánamo inmates to get a day in court, and many were released. Many remain, but they've at least been given a right to legal representation. Now, with President-elect Trump salivating over his imminent powers, habeas corpus will likely be the vehicle that both United States citizens and non-citizens alike can use to challenge any attempts to imprison people for poorly defined reasons.

“If the new administration thinks it can detain people without due process or without habeas corpus, it should think again,” Garrett said. “The law of habeas corpus was strengthened by the tests endured post-9/11, and the constitutional protections of habeas corpora may well continue to play a crucial role in the years ahead.”

Trump has selected retired Marine Gen. John Kelly to run the Department of Homeland Security — a man who has repeatedly defended holding people at Guantánamo Bay indefinitely. Kelly has also called those who question the "enhanced interrogation" methods used at Guantánamo and elsewhere foolish. Trump himself has said that the Guantánamo facility will remain open, claiming, “We’re going to load it up with some bad dudes.” It's not difficult to imagine Trump deciding to imprison certain kinds of dissidents by tying them to alleged terrorist groups.

Hina Shamsi, director of the National Security Project at the ACLU, told Salon she is concerned that habeas corpus may not be able to fully prevent Trump from unlawfully detaining people, because some federal courts have collaborated in redefining such legal rights in ways that favor government power. “Rather than serving as an independent check on detention authority, habeas corpus for Guantánamo detainees [in some cases] turned into a rubber stamp for the government's claims of authority,” she said.

Shamsi said that starting around 2010, under President Obama, the D.C. federal circuit court started responding to Guantánamo cases brought to them with the power of habeas corpus by simply affirming the government's authority to detain people and its justifications for detaining specific people. This is not typical of cases that don't involve Guantánamo detainees, she adds, but it's a troubling precedent.

Considering Trump's tendencies for vitriolic rhetoric and outrageous threats, it should concern every American that he will soon have he power to detain anyone he claims has connections to terrorism, no matter how flimsy the evidence. Habeas corpus is a critical guarantee that any such detainees have legal representation, not to mention a critical aspect of the courts' duty to serve as a check on the executive branch's power.

“If Trump comes in and starts to engage in or resurrect aggressive detention practices, habeas corpus is going to be the front line of defense again,” Hafetz said. Central arguments about the limits of habeas corpus have yet to be decided: The government may try to claim that it risks revealing national security secrets, for example, if it is compelled to explain why someone has been detained. Much the same argument has been raised in handling cases challenging secret NSA surveillance programs.

Habeas corpus is one of the most important concepts illustrated in our constitution, and we need it desperately with Trump heading for the Oval Office. There can be little hope for liberty in a country where an authoritarian can jail citizens as he pleases, using whatever justifications he likes.