Trevor Noah kicks ass: Trump's idiocy has brought out the best in the host

The "Daily Show" host gave us little reason to think he could inherit Jon Stewart's throne. Until now 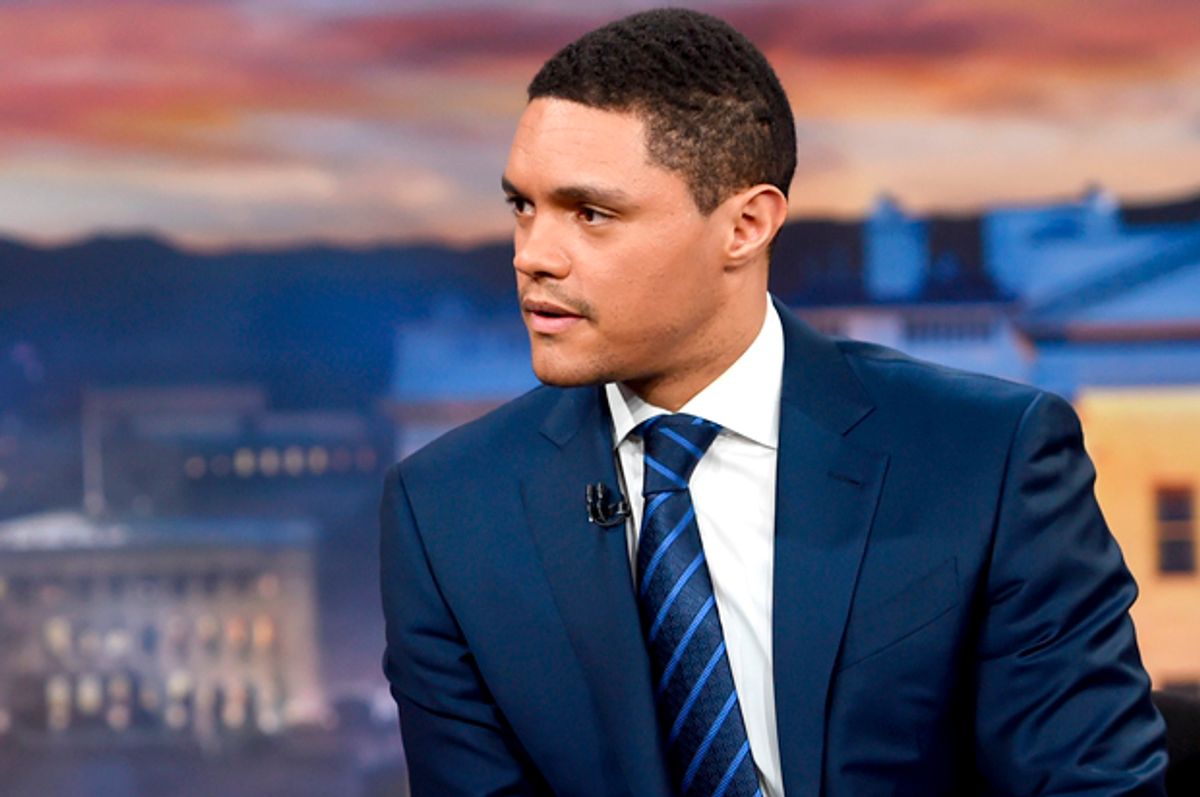 From his very first broadcast as host of The Daily Show in September of last year, Trevor Noah was found wanting. He was too glib, too young, too happy, too lightweight, too millennial. He drew early praise for a few comic bits, like his riff comparing truculent presidential hopeful Donald Trump to African dictators like Idi Amin. But there was a widespread sense that this young man from South Africa was not tough enough, not morally engaged enough, not familiar enough with the American system to take over for the sainted Jon Stewart.

I know this argument well, because I wrote several of those pieces, including one where I took him to task (fairly, I think) for laughing at his own jokes. But it wasn't just scribes like me — and some who were much harsher than I was — but audiences, too. Noah’s most-watched episode was his first, and the show’s viewership began sulking from there. By late April, it was down 37 percent, according to Comedy Central, from Stewart’s reign.

So there was reason to think that Noah was going to become irrelevant at a time when the nation needed someone with integrity and a forceful intelligence in that chair. At a time in which Jimmy Fallon had gotten all cozy with Trump and mussed his hair like a frat brother at a keg party, there was little reason to think the still-green, 32-year-old Noah would do any better.

But since around the time of the election, Noah has gotten both sharper and funnier — and more unrelenting toward Trump. Two weeks ago, Noah nailed Trump for his insane Tweet storms and his nasty inner circle. “They know what he’s doing, they know when he’s doing something wrong,” he said. “Here’s my view: a drunk is a drunk, but the person who encourages him to drive? That’s an a—hole. And Trump has a lot of a—holes around him.”

This week he looked at the president-elect’s weird habit of combining bogus and outlandish statements. Trump will praise Paul Ryan as a “genius” (“like a fine wine”) and then say, "Now if he ever goes against me I'm not going to say that." Business Insider describes that bit this way:

And then there are the "Lock her up" chants that were prevalent at Trump rallies leading up to the election, referring to Hillary Clinton. "Truth Trump" dropped a bomb on supporters when his "thank you" tour stopped in Michigan.

As the "Lock her up" chants started, Trump told the crowd, "That plays great before the election. Now we don't care.”

"He’s like a magician telling everyone how he did the trick and still some people are like, 'Wow, it’s magic,'" Noah said.

Noah knows racism and anti-immigrant hatred well — he is a native of Johannesburg with a black Xhosa mother and white European father. Despite his inconsistent first year at the show’s helm, he may be the perfect person in that seat with an immigrant-bashing race baiter as the nation’s leader. Noah is no Jon Stewart, and will never develop that cool-rabbi-meets-Joe Strummer style that made Stewart so irreplaceable. But he may be on his way to being a leaner and meaner Trevor Noah.