A nation of geniuses: Social media made us all special — now what? 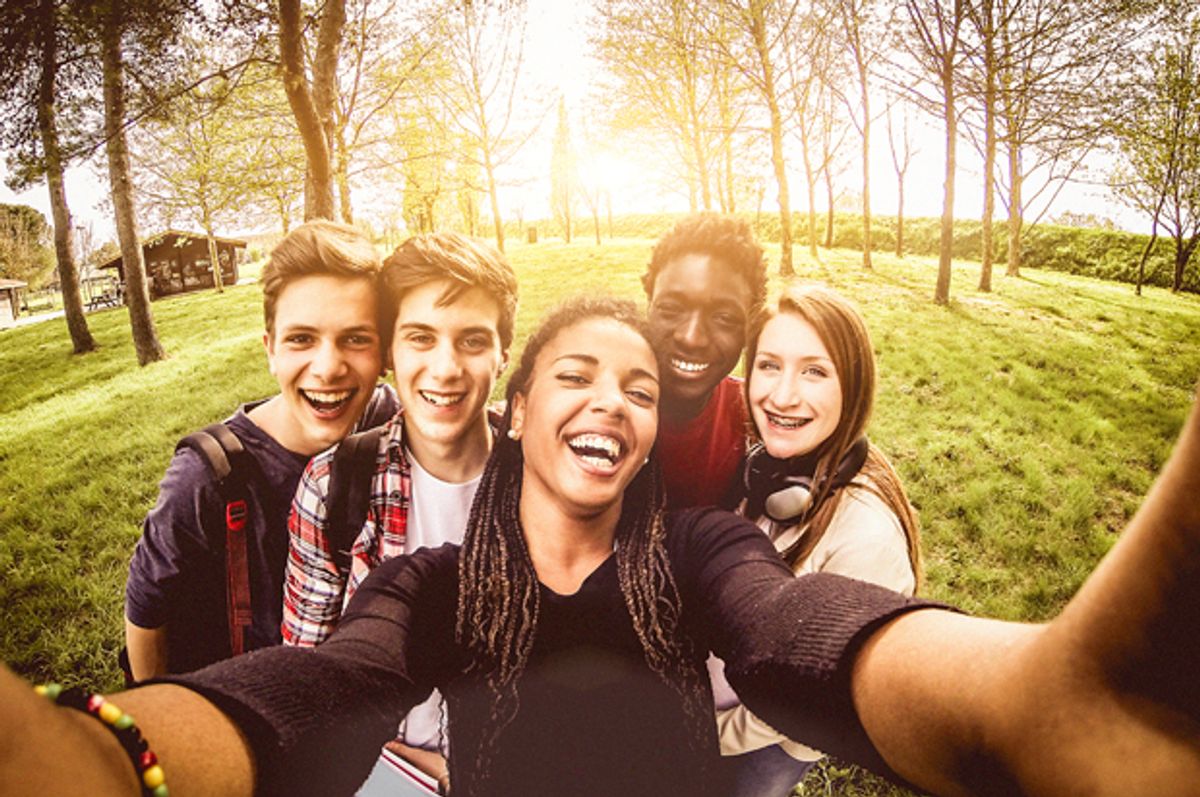 Social media is scarier than the IRS. I constantly worry about my nieces and nephews, hoping and praying that they don’t fall victim to the lies and BS associated with likes.

I remember when Facebook was about sharing party and vacation pictures, joking with friends and engaging in friendly debates. And then suddenly it turned into a competition, a weird war over who has or had the most. I can’t pinpoint the exact moment of the cultural shift from harmless to competition, but mine started at a nightclub in Philly.

My friend Dip from Philly had just come home from federal prison, and a bunch of us were going out to celebrate his resurrection from hell. Dip’s girlfriend had the bright idea of booking a couple of tables at the nightclub, so we could have our own bottles in our own little section. I collected the money from our party of six, added my cash and got down to the spot early to pay the promoter.

After I paid him, I sat at the bar by myself, waiting for my friends. “Can I get a double shot of Belvedere?” I asked the bartender, “With a lime, too.”

“We are waiting on our people to stock the bar,” he said. “You're so early, let me treat you to some Tito’s while you wait.”

“Tew? Dew? Yo, you gotta be from B-more!” said a short dude with a thick neck. “I had a cute jawn down there. I love your city.”

By "jawn" he meant girlfriend — Philly dudes use that word for everything. He went on to talk about all of his experiences on the west side, good and bad. “You on Facebook?” he asked. I gave him my handle, accepted his friend request, bought a round and parted ways as my friends started trickling in. About an hour later, the dude popped up near our section, on the opposite side of the velvet rope that separated us from the rest of the club. My crew was semi-drunk, but I had stopped early in case we needed a designated driver.

He stopped me as I crossed. “B-more! I comin' over to your side! Let’s flick it up at the table!”

I let the dude come into our section, introduced him to my friends and we took a bunch of pictures. He held up our bottles, jumping up and down on the couch, all the while snapping away. “D, your cousin off the hook!” Dip said.

“I don’t really know him,” I replied. We all laughed.

The next day I was tagged in a bunch of Facebook photos on his page with captions full of lies: “Showed my Baltimore crew mad love, bought bottles for everybody! VIP all day!”

The most dangerous thing about social media in general — especially Instagram — is that everybody is doing well. Check your timeline: Everyone from your high school eats perfect meals and completes perfect workout routines, has perfect jobs, perfect relationships and perfect kids who play with their perfect dogs that take perfect shits. The result is a society full of people who constantly have to portray the illusion of success, which keeps them so occupied that they don’t have enough time to actually experience success. Nightclubs are full people taking pictures of themselves partying who forget to party, which is pretty bad. But even worse, these filtered realities are spilling into the classroom now.

Last semester I taught art at a great working-class college, and weirdly I had five students in my class who identified as geniuses in different ways. One genius could definitely happen in one class. Two, maybe — but five?

Now, I’m not qualified to identify genius, nor am I doubting their abilities. But these geniuses didn’t really do anything extra-special with their assignments or display any other genius-like abilities other than that cloudy genius language: “I twitch because I see sounds in color" or "I skipped three grades in school even though now I’m a 35-year-old college freshman.”

These students are likely just reacting to a culture that doesn’t accept normal. Nothing basic or pedestrian is good enough for us anymore — not even sleep. My favorites are the people who claim they're “Team no sleep! We work for months straight without sleep!” as if his humanly possible. We live in a world where everyone is a rich star on a fully documented journey, and that’s why I’m scared.

These are the examples that we are setting or allowing to be set. It’s a ticking time bomb, or maybe even one that has exploded into a culture of unearned entitlement — the kind of unearned entitlement that could give a person the confidence to publish fake news stories that could potentially go viral on these same social networks that house fake realities and gain enough momentum to elect a fake president.