Donald Trump is sending a right-wing bankruptcy lawyer to Israel — what could go wrong?

Our president-elect picks a right-wing hawk with no experience for the most sensitive diplomatic post of all. Sure! 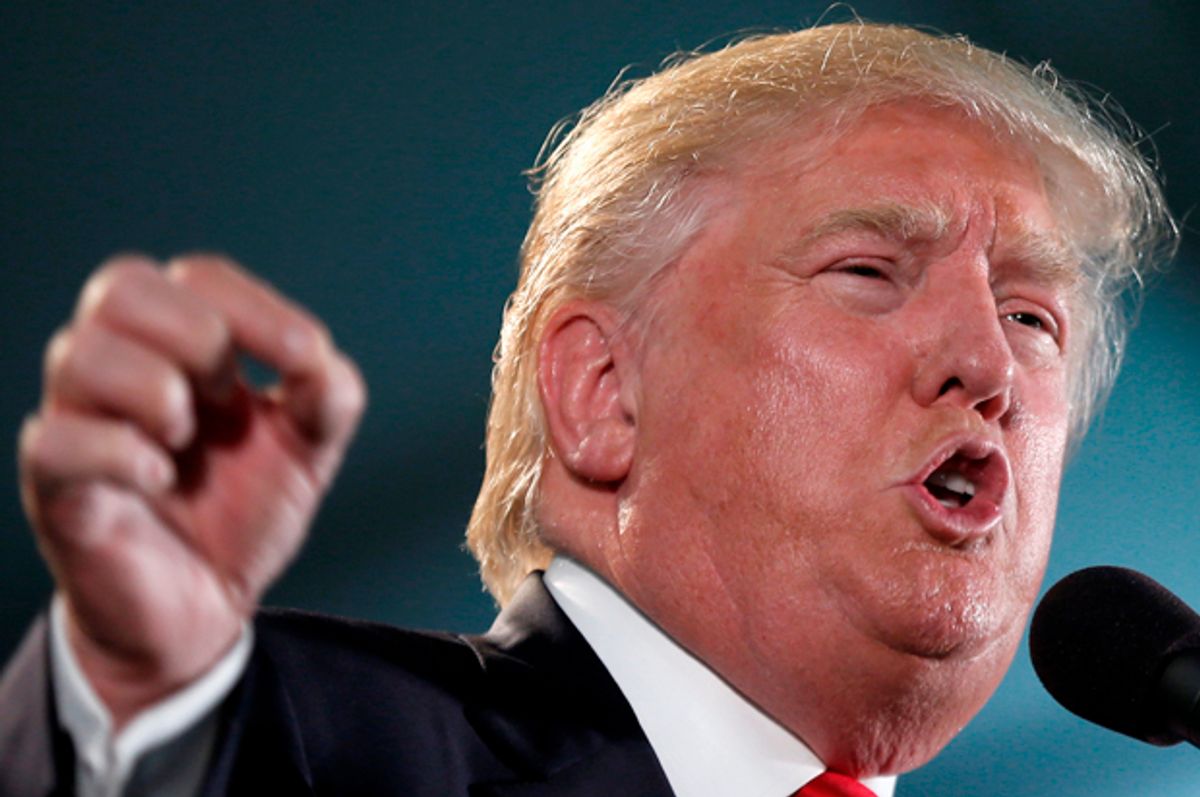 A joke making the rounds in the days after Ben Carson’s nomination to head the Department of Housing and Urban Development held that Donald Trump had seen the word “urban” and then given the job to the first black man he could think of. Maybe a similar thought process led the president-elect to nominate his Jewish bankruptcy attorney, David Friedman, to be the next U.S. ambassador to Israel.

Let us be absolutely clear: Friedman has no business in this job, which is one of our nation’s most sensitive diplomatic posts. He is a career bankruptcy lawyer whose list of notable professional highlights consists of representing a variety of corporations in Chapter 7 and Chapter 11 proceedings. He has no experience in the foreign service or the diplomatic corps or government at any level, aside from presumably knowing how to get to the U.S. trustee branch office in New York.

What Friedman has is a portfolio of hysterical columns on right-wing Israeli news sites, a street-fighter-level view of conflict and deep loyalty to Donald Trump. His us-versus-them mentality on Israel and the occupied territories is that Israel has the right to appropriate whatever land it wants from Palestinians, including annexing the entire West Bank if it so chooses.

Friedman also advocates moving the U.S. embassy in Israel from Tel Aviv to Jerusalem, a long-standing goal of conservatives. Several U.S. presidential administrations have resisted this move, insisting that Jerusalem’s status must be resolved through negotiations between Israelis and Palestinians. In announcing Friedman’s appointment, the Trump administration also heralded its intention to move the embassy anyway — because sure, why not: Israel is about due for the Third Intifada anyway.

Friedman’s nomination signals a new and hard-line approach to Israel that ensures the already intractable conflict between the Jewish state and the Palestinians will not be resolved for decades. This has dismayed peace activists on both sides of the divide, to say nothing about those who see the continuing struggle as a threat to Israel’s future viability as a nation. It is a signal to the right-wing government of Benjamin Netanyahu that the United States, Israel’s longtime defender and protector, is about to grant the nation permission to resolve the issue of the final disposition of the West Bank and Gaza however it wants.

One can be assured that the ambulatory candied yam whom Americans saw fit to elect president does not understand these issues at all. He definitely does not understand how far outside the previous bounds of serious peace talks he has now shifted the discourse. Trump is not a diplomatic negotiator. His career as a businessman indicates that he sees deals as a zero-sum game whereby in order for him to win, the other side has to be completely screwed. Would anyone be surprised to find out that he views the Israeli-Palestinian conflict as a particularly contentious real estate deal?

Friedman’s appointment is also certain to widen the rift over Israel in the American Jewish community, represented by the hawkish views of the American Israel Public Affairs Committee on one side and the dovish J Street on the other. The divide between hawks and doves trickles down to many Jewish families and will likely be argued over many Hanukkah gatherings this week, as it is during every holiday meal. It is often but not exclusively a generational rift, with younger Jews taking the more liberal side and finding themselves feeling more and more estranged from Israel because of its Palestinian policy, while their older relatives tend to reflexively back the Jewish state.

Friedman himself has shown a lack of respect or interest in the point of view of leftist American Jews who find themselves torn between ancient loyalty to the land of Israel and the horrific consequences of decades of its right-wing government policy toward the Palestinian people. For many Jews (and others, too), Israel's military actions against Gaza, most recently in the horrific 2014 offensive, and the continued expulsion of Palestinians from West Bank land to make way for yet another Israeli settlement, recall America’s treatment toward its minority populations during its early history.

The official American policy of capturing Native American lands and herding residents onto reservations to spend centuries living in the most extreme poverty imaginable, for example, is rightly considered by the left to be a national shame. Leftist Jews are not happy to see a similar policy played out in Israel. To them, Israel’s long-term survival depends on arresting its long slide into state-sanctioned racism against minority populations and avoiding the logical endpoint of the current policies of pushing Palestinians into ever-shrinking pockets of occupied territory cut off from one another.

There is little evidence that Friedman would not welcome that end, and plenty of evidence to suggest he would. Meanwhile, American Jews who disagree with him are considered “not Jewish, and not pro-Israel.” He has compared them to the "kapos," the Jewish concentration camp prisoners in World War II who collaborated with their Nazi captors. Like the president-elect, it seems, he brooks no dissent. Which makes him the perfect Trump employee.

As is the case with many of the incoming administration's other appointments, the nomination of this thoroughly unqualified ideologue to a sensitive diplomatic post is dangerous. It bodes poorly for the nature of American influence in a region that is in desperate need of some stability and whose future may determine the future of the world.