Donald Trump thanks his "nasty and mean and vicious" supporters, then is amazed they're blamed for violence

The president-elect once insisted that his supporters' violence was caused by paid protesters, but not anymore 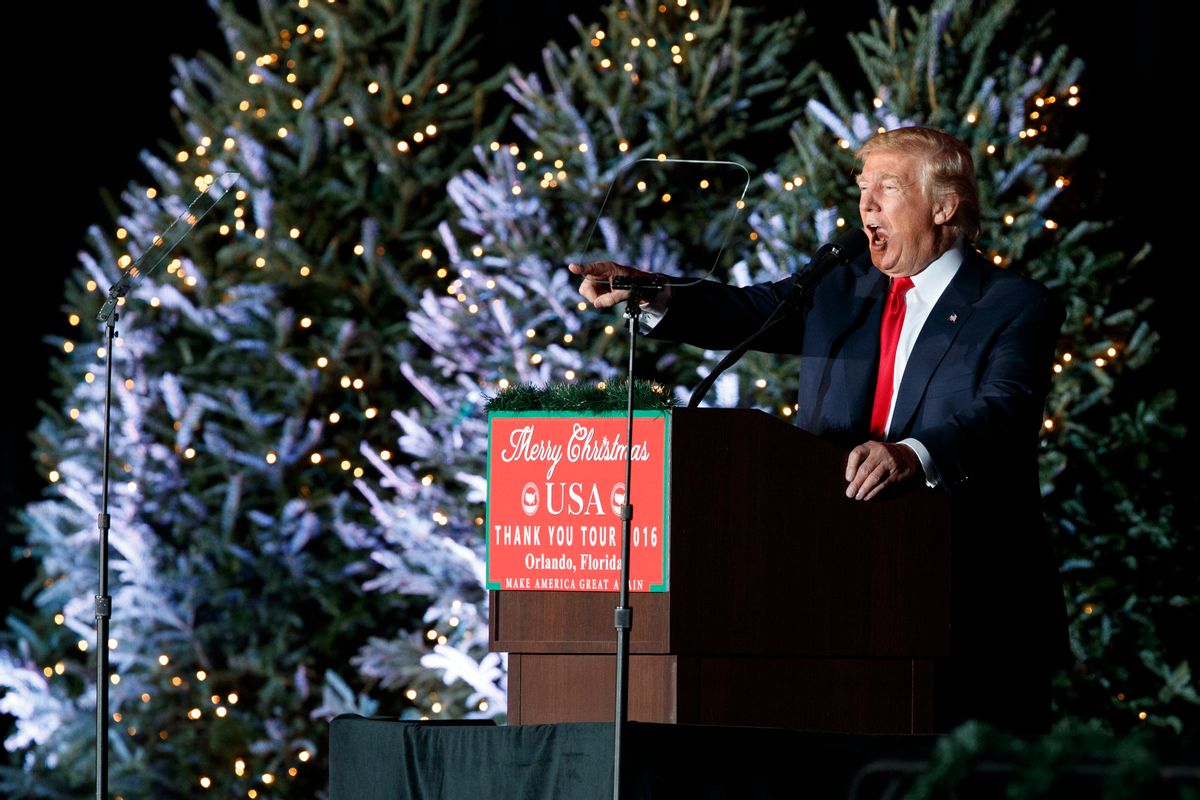 President-elect Donald Trump speaks during a rally at the Orlando Amphitheater at the Central Florida Fairgrounds, Friday, Dec. 16, 2016, in Orlando, Fla. (AP)
--

President-elect Donald Trump praised his supporters for being "vicious" and "violent" during the 2016 presidential election, despite insisting throughout the campaign that allegations of viciousness and violence among his supporters were being caused by paid protesters.

"You people were vicious, violent, screaming, 'Where's the wall? We want the wall!' Screaming, 'Prison! Prison! Lock her up!' I mean, you are going crazy," Trump said during a stop in Orlando, Florida on Friday.

"You were nasty and mean and vicious and you wanted to win, right? But now, now it's much different. Now, you're laid back, you're cool, you're mellow, right? You're basking in the glory of victory," Trump added.

Trump's statement directly contradict his own words and actions from the campaign trail. Despite repeatedly offering to pay the legal fees for Trump supporters who were arrested for punching anti-Trump protesters, the president-elect had also claimed that Hillary Clinton and Barack Obama were paying protesters to cause the violence that frequently broke out at his campaign rallies. Trump's then-campaign manager Corey Lewandowski even tweeted out a fake news story in March claiming that paid protesters were responsible for the disruptions at Trump rallies.

If my many supporters acted and threatened people like those who lost the election are doing, they would be scorned & called terrible names!