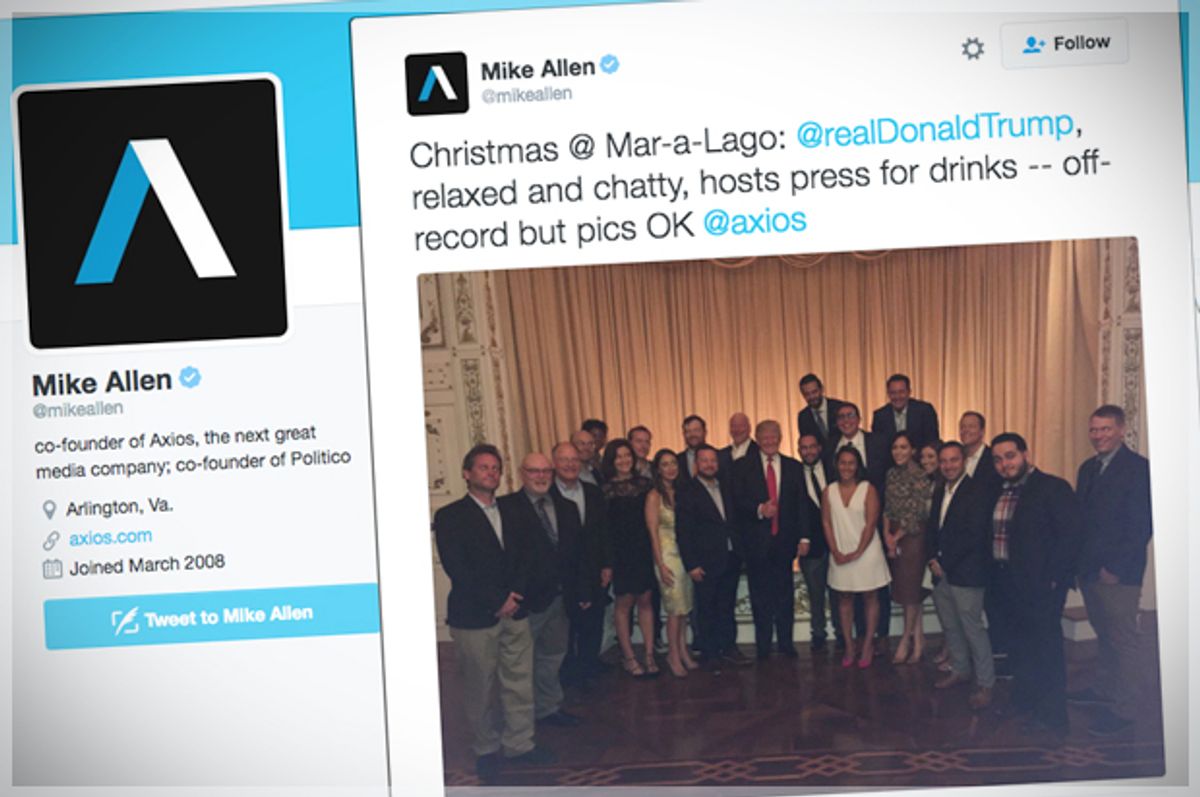 President-elect Donald Trump wine and dined his press pool on Sunday in an off-the-record conversation at his Mar-a-Lago residence in Palm Beach, Florida. The get-together was described as a holiday cocktail party, but no one can accuse Trump of trying to curry favor from his chroniclers. The reception failed to live up to the former real estate mogul's extravagant lifestyle, as the food offerings featured cold cuts and Lays potato chips.

The topics of conversation during the 30-minute meeting were not disclosed, but future first lady Melania Trump was present, along with chief of staff Reince Priebus and advisers Kellyanne Conway, Stephen Miller and Jason Miller.

The party drew ire partly because Trump has not had a press conference since July. When President Barack Obama was making the transition to the Oval Office in 2008, he fielded questions from the White House press corps on 18 different occasions. During the current transition, Trump has only had one on-the-record session with The New York Times, and now two off-the-record meetings with the media.

Members of Trump's press pool did not escape ridicule, either. Social media was quick to criticize the reporters, who appeared to be normalizing Trump and kowtowing to his communications team.

Embarrassing for every journalist involved. https://t.co/N1sjmSEuiY

since we know from email coverage the press cares about "optics," the optics of doing off the record w trump w/o presser are bad

Uncle Billy and Old Man Gower conspicuously absent from this heartwarming holiday gathering. (Shame on everyone in attendance. Disgraceful.) https://t.co/5A7mmBPLNf

The press failed to get Trump to deliver his tax returns, hold press conferences, stop repeating debunked lies. Instead, they party with him